Cris Tales is a unique blend of ideas and influences. In my two previews of the game, I most frequently compared to the game to Paper Mario, which is still apt, but the game also borrows from other 16 and 32-bit JRPGs like Chrono Trigger and Valkyrie Profile, classic Disney movies, Cartoon Network favorites, and the developers’ own Colombian culture and landmarks. On top of all that, the game also forges its own path with innovative time-manipulation mechanics that will have you jumping between the past, present, and future at will.

So yes, Cris Tales is ambitious as hell, but have the game’s small development team taken on a bit too much? Does time seem to disappear when you’re playing or will you be watching the clock? Set aside a few minutes and check out our full review to find out… 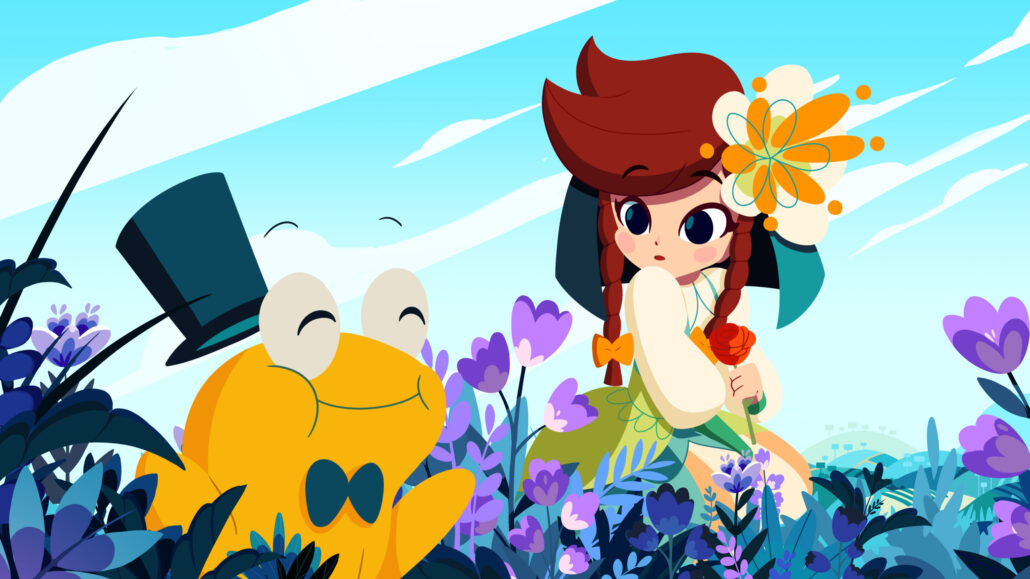 Cris Tales casts players as Crisbell, a kindhearted orphan who discovers she’s actually a Time Mage when she crosses paths with Matias, a chipper top-hat-wearing frog who knows a surprising amount about how this world works. It seems the all-powerful Time Empress is once again planning to take over the world and Crisbell is key to stopping her, so you set off on a heroic journey, gaining power and allies as you prepare for your final showdown. Of course, things aren’t quite as they seem, as it wouldn’t be a proper JRPG (or JRPG-like) without a few last-act revelations. Crisbell seems to have some sort of connection to the Empress, a lot of characters are rather conveniently suffering from amnesia, and wait… where did a frog learn about all this stuff anyways? Hmmmm.

As you may be gathering, Cris Tales leans a bit heavily on the JRPG tropes at times, but it still serves up it share of genuinely intriguing moments. You’ll visit a series of kingdoms throughout your journey, each with their own unique culture, concerns, and cast of characters and the game is at its best when it focuses its attentions on them. Some places you’ll visit, such as St. Clarity where nobles live in a walled city that looks down upon slums where people toil mining a much-sought-after magical dust, seem to be not-so-veiled references to Colombia’s history and struggles. Others, like Cinder Town where various factions fight over what to do about a mysterious sickness, will be relatable to pretty much anybody who’s lived through the past pandemic-blighted year. 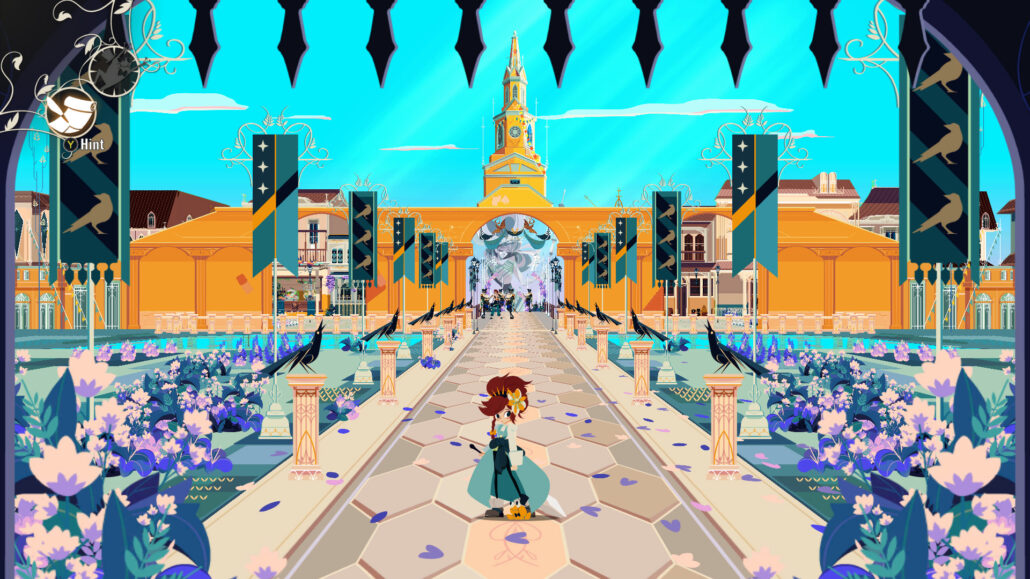 Regardless of where the inspiration comes from, all four of the main regions you visit are well worth exploring, if only to take in how beautiful they are. Cris Tales takes some visual cues from anime and old-school Disney, but it also has a style all its own that quickly grew on me. Every area is bursting with unique details, many of them lifted directly from real-world Colombian landmarks like the Las Lajas Shrine or the stunning multicolored Caño Cristales river that lends the game its name. A huge amount of love has clearly been poured into every screen of this game.

Unravelling the stories and side missions in every kingdom will require you to frequently call upon Crisbell’s Time Mage powers. Basically, as you explore towns and other key areas, you’ll find the world is divided into three panes that move with you – the one on the left shows the past, the middle is the present, and the right one is the future. This is all seamless, so, for instance, as you walk past an NPC, you may see them transition from a child, to an adult, to an old man as they pass from one pane to the next. Crisbell can’t actually time travel herself, but that tricky amphibian Matias can perform a “time hop” backward or forward in time in order to collect key items and information. 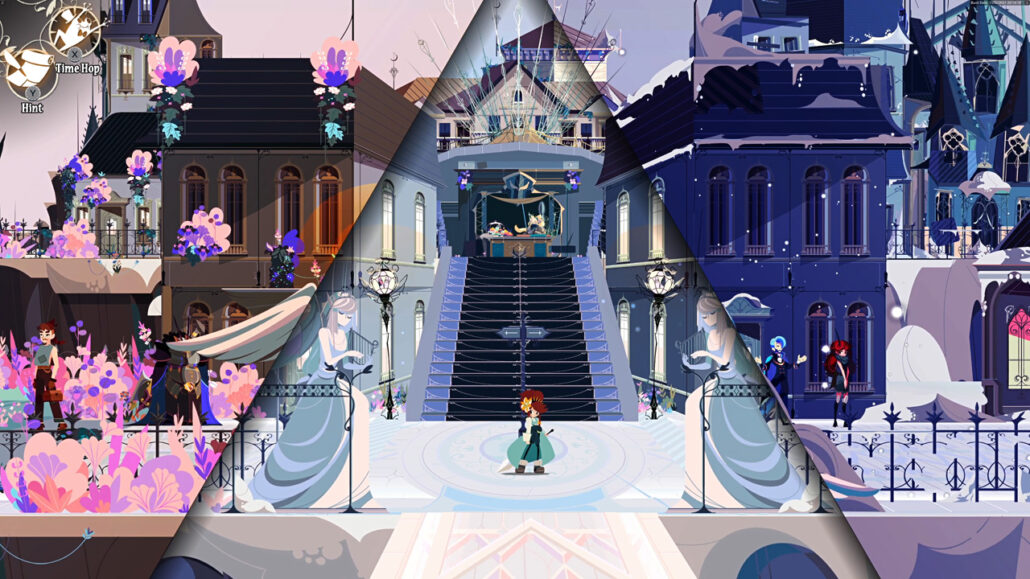 Crisbell’s time powers also come into play during battles in a variety of ways. Cris Tales’ combat is built on a fairly standard turn-based foundation – you can dispense physical attacks and MP-consuming skills, which will receive a boost if you tap a button at the right moment ala Paper Mario. In addition to this, Crisbell can use a Time Crystal to wind time backward on the left side of the screen or forward on the right. Primarily, this allows you to age or de-age enemies, which can have unpredictable results – one type of baddie may become decrepit and easy to defeat with age, while another may become stronger. Usually, there’s a risk-reward element at play, as an enemy may lose HP when time-manipulated, but gain more powerful attacks, or vice-versa.

Each of the six party members you’ll eventually gain in Cris Tales offer their own exclusive set of moves and mechanics, which can interact with Crisbell’s time powers in clever ways. For example, early on you’ll encounter a boss wielding a large impenetrable shield, but you can apply a “wet” status effect to it with one character's water attack, then jump forward, causing the shield to become rusty and breakable. Unfortunately, the game doesn’t really push these types of interactions as hard as it could. You really don’t have to get that creative to win most battles, and in fact, a disappointing number of boss fights outright ban you from using your time powers, or at least don’t really reward you if you do. The rusty shield example is honestly about as complex as it gets. Outside of battle, most “puzzles” aren’t much more involved than “Hey, there’s a thing we need in the past/future – send Matias to pick it up.” 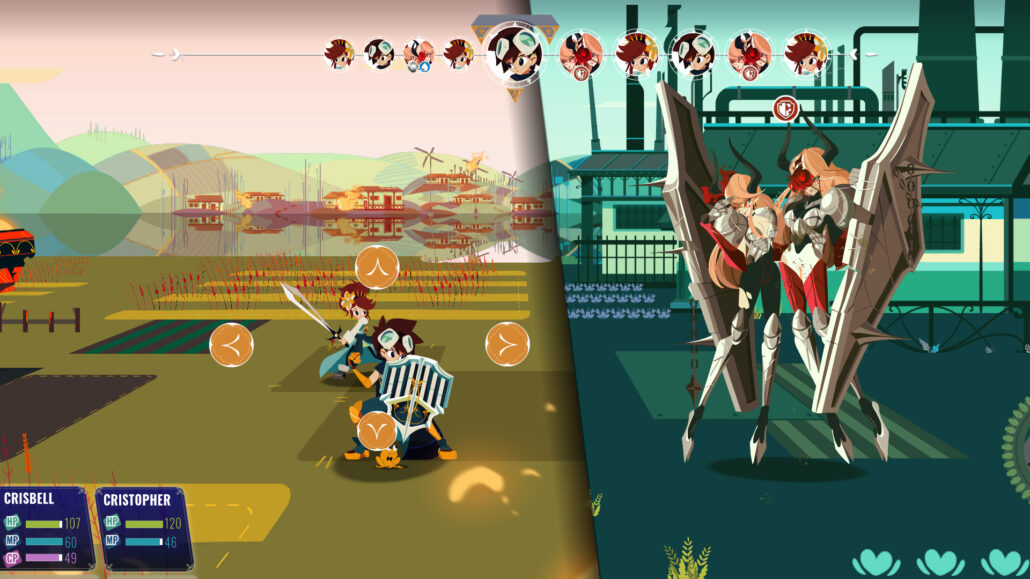 Perhaps most surprising is the fact time manipulation isn’t used at all when exploring Cris Tales’ dungeons. Granted, most dungeons have a unique mechanic or trick to them, ranging from simple stuff like adjustable platforms to more ambitious concepts like the late-game dungeon that features both portals and the ability to defy gravity and run around on the ceiling. There are some fun ideas on offer here, even if solving puzzles while dealing with random battles is rather annoying, but I still can’t help but feel an opportunity was missed by not incorporating more time-traveling chicanery in dungeons.

Overall, Cris Tales suffers from a number of little issues that often vex Western JRPG tributes. Some party members are much more useful than others and the challenge level is all over the place, with some dungeons and bosses being a real trial and others being pushovers. Battles generally drag on too long and enemy powers often combine in irritating ways. Missions are hard to track unless you’ve been making sure to memorize the names of every character and place you encounter. And yes, a number of bosses are preceded by unskippable cutscenes. At least I was playing on a PC with an SSD, so the game's relatively frequent load times weren't a big problem. 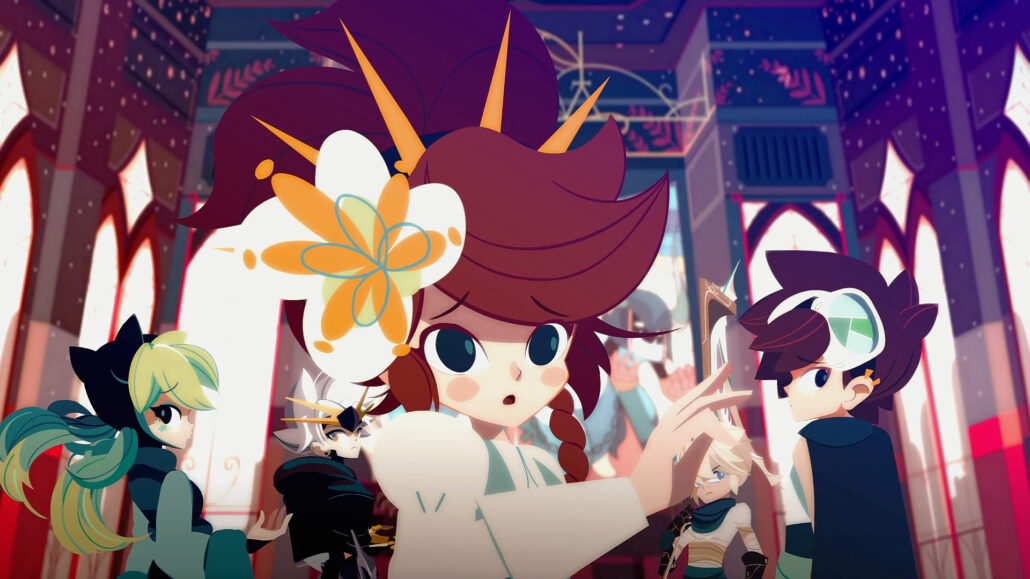 Despite these irritations, I still quite enjoyed most of my time with Cris Tales. The game isn’t perfect, but it is beautiful, earnest, and delivers a steady flow of new ideas in its early hours. Unfortunately, the game perhaps takes too much inspiration from JRPGs, as it suffers from a problem so many of them do – it just doesn’t know when to call it a wrap. The game reaches what feels like a logical, satisfying end point around 20 hours in and then… it just keeps going. There are no new regions or characters to introduce, and yet you’ll grind on for hours, often revisiting dungeons and bosses you’ve bested before. By the time I reached the game’s real ending much of my enthusiasm had been drained. The charming storytelling of the game’s first two acts gives way to tropey time-travel twists and the various choices you’ve been making throughout the game don’t end up paying off in any particularly satisfying way. Don’t get me wrong, there’s still a lot of good to recommend in Cris Tales, but you may find yourself wishing you could wind back the clock on the game’s final 10 hours.

This review was based on a PC copy of Cris Tales provided by publisher Modus Games. You can grab a copy of the game at a small discount here.

Cris Tales is a gorgeous, heartfelt, and often creative adventure that provides an interesting peek at a culture not well-represented in the world of gaming. Sadly, it falls a bit short of its grand potential due to some mechanical and balance issues and a final act that badly overstays its welcome. Cris Tales feels like a game that would have benefitted from some more time in development, but if you’re willing to forgive a few faults, your own time with the game won’t be wasted.