Black Desert Online puts me in an awkward position. For a while now I've had a big issue with the stagnation of the MMORPG genre, the fact that beyond the visual there was rarely anything new, original and refreshing to grab my attention, beyond a few exceptions like The Secret World, Guild Wars 2 and, to an extent, Elder Scrolls Online. Games like Devilian and Blade & Soul have come and gone with me giving no second thought to them. I've been looking for something fresh, Black Desert Online delivers.

Sometimes the game that comes along to spice up a genre can end up failing for the very same reasons you thought you wanted it, it's just too new. Black Desert Online suffers from this. The few things that are borrowed from staples of the genre offer a facade of similarity, but there's a whole new world lying beneath, one it seems to want to keep hidden. The utterly abysmal introductions and instructions to almost everything found in the game makes it incredibly frustrating, but at the same time disturbingly compelling.

Where most MMO's focus primarily on killing and item hunts, Black Desert Online offers what is the most sandbox orientation I've encountered from even most single-player games. While the majority of story and side quests you encounter feature the usual suspects, it's outside of these quests that you'll encounter what could be considered the most subversive and unique mechanics you'll have ever encountered in an MMO.

Contribution is one of the key elements found in the game and the experience to level up your contribution is gained through the majority of quests found throughout the world. As your contribution points raise, you can spend them on building up your own little empire. You can buy buildings for instance, which can become anything from a house for yourself or your NPC workers or a workshop for you or your workers to work in; you can hire said workers and even use the contribution points to unlock resource nodes around the world, and create trade links to these nodes, for your workers to gather resources from and then create a production chain. Other, smaller, uses for contribution can be to simply rent equipment from NPC's that you have met.

The extent and use of the nodes and workers is where the sheer depth of Black Desert Online shows, but also where a lot of assistance in tutorials were needed. You can send your workers to do something menial that another MMO would have had you spending hours doing, such as gathering wood from a forest, ore from the rocks and even just harvesting vegetables from a farm, for them to then transport them to the nearest town where they can be sold on the marketplace, or put into production into making something more useful. Just don't forget to pay your workers, and keep a decent stock of beer, to keep them happy.

It's a great thing that it can all be done with a hands off approach, leaving you to get on with whatever you find more entertaining. Even if you're not interested in creating your own little trading empire, there's always more to do. You can tame and breed horses, selling them on the marketplace. Why not try your hand as a fisherman, eventually owning your own boat, going out to sea for better fishing spots and even hunting whales. Not interested in going out to sea, then feel free to go hunting on land. With so much going on you would expect it to feel thinly spread, but what's surprising is that everything feels well developed and gives you so much to do and it all gives an investment in the world that keeps you coming back.

Where Black Desert Online lets itself down the most is how little it explains everything. Possibly due to its Korean roots and sub-par localization, too little is explained which can lead to the frustration I mentioned earlier. Minor localization goofs can be noted in quest objectives not being completely understandable, an item may be labeled wrong, but it's easy to deal with and work around. What's difficult is just how little things are explained, leaving players with little information to go on and making a huge barrier to enter the most enjoyable parts of the game.

It doesn't really help that the story doesn't really encourage, or grip, you enough to guide you along the path it expects you to follow. Due to the sandbox nature, you're likely going to stray away from the expected path and encounter aspects long before the pre-ordained time. You'll end up doing this, it's too easy to do with such a huge world to explore (thankfully made easy with an auto-run function). While the in-game video tutorials will help a little, you'll still find yourself getting confused more often than you ever should.

The only traditional aspect of an MMO that you're likely to find here is combat. Even that is unlike most others, with the game offering a quick paced, fluid and action-filled fighting system. Moves aren't based on hotkeys, though you can assign them if you want, but on a combo system where one attack will lead into another, through the simple use of a few key presses and mouse clicks. Combining this with the need for accurate dodging, it allows for exciting fights, preferably against large groups of enemies. The only issue is that characters have a wide number of moves and it's easy to use the wrong one by simply pressing a key before clicking the mouse, rather than clicking the mouse before pressing the key. It's annoying, easy to do, but doesn't take too much away from the otherwise excellent system.

All of this takes place in one of the most stunning games I've ever encountered. Before Black Desert Online I considered Final Fantasy XIV, Elder Scrolls Online or possibly Guild Wars 2 the most visually appealing MMO's around for varied reasons. All three have been blown right out of the water by what is an outstandingly good looking game that manages a graphical fidelity that is almost unbelievable due to the sheer scope and scale on offer, particularly so when the weather and lighting are utilized, making such as a rainy night, or even the sunrise or sunset, an awe-inspiring sight to behold.

It needs to be remembered that this is an open world sandbox game, with zero loading between areas and no bottlenecks that act as a way for the game to load a further area. Combined with this is an outstanding design and artwork that leaves the world feeling like a realistic and completely natural. Cities are impressive to look at, logical to navigate and bustling with the movement and noise of people going about their daily lives. It succeeds where it differs from other games, who rely on making their cities as big, grandiose and ostentatious as possible, you could be close to believing you were in a world that existed 600 years ago, were it not for the low-fantasy of magic, talking otters, orcs and goblins.

Would that the sheer beauty and detail of Black Desert Online end there. Character design, with the exceptional design of monsters, NPC's and other wild animals, combine with what is the extremely detailed character creation screen which lets you modify so much, making a visually unique character that can be simply beautiful to look at.

This is sadly one of the few areas the game is let down visually, with characters often getting lost in a sea of similar looking characters. Classes are gender locked, so while one ranger, berserker or warrior may look different from another with hair color, height and such, not being close enough to see those details will give you an indistinct sea of characters wearing the same outfit. Little variation is found with the items that are purchased and dropped, this is only found with the outfits bought in the in-game store, each costing between $21 to $27. The only other letdown visually for the game is the amount of pop-in, which at worst is constant and very noticeable in the busiest areas, but it's easy to deal with when everything else looks so good.

I find it both strange and refreshing that I even recommend Black Desert Online. I fully acknowledge and understand just how hard and frustrating it is to get started and even play at later stages due to its lack of communication and explanation of almost everything in the game. However, as the months have passed Daum Games made several improvements and released more content now added onto the extensive world already there, giving you more to sink your teeth into. As such, I was forced to reconsider my first impressions.

It should also be remembered that it's still worth it just for how refreshing Black Desert Online is in what has been a stagnant genre for years. 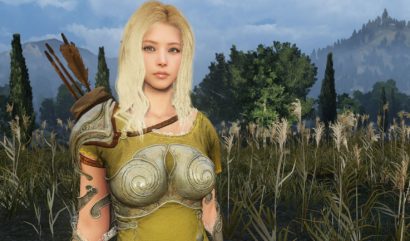 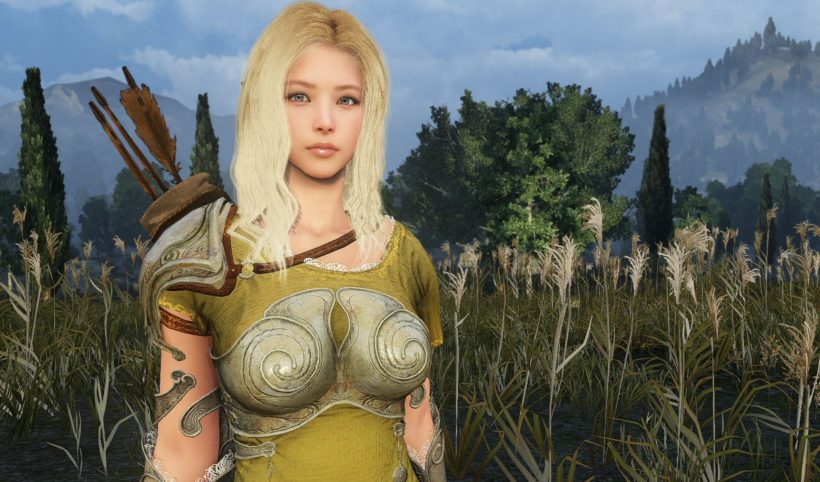