Let me put this out first, the Z690 Aqua OC is unlike any ASRock motherboard that I have tested before. It is a very professionally designed motherboard and it looks like the designer had a really fun time when working on this project. It's pure craftsmanship and an elegant piece of hardware.

In terms of design, the motherboard has a beautiful silver color filled with grey and mirror grey accents. The front Aqua armor and the brushed aluminum backplate really add a lot of weight in addition to the mighty CPU/VRM water block. The water block is equipped with support for G1/4" threads which makes compatibility with most custom-cooled PCs possible. Even our Corsair kit was fully compatible with the motherboard and offered great cooling. 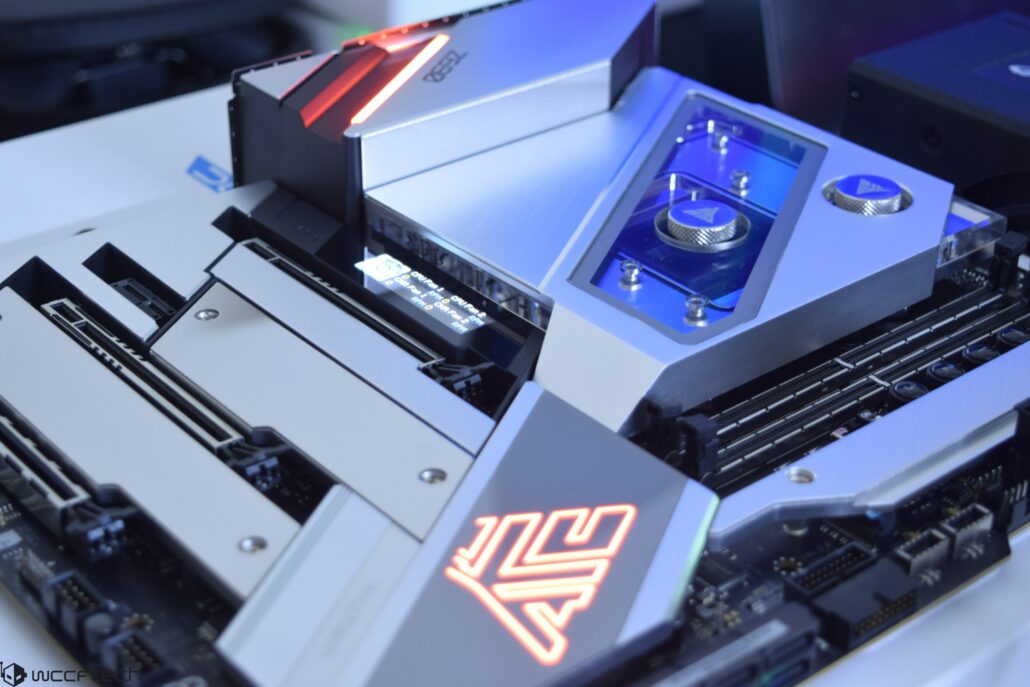 The ASRock Z690 Aqua OC is bestowed with a  powerful 20 VRM for overclocking, top-notch DDR5 memory support, dual PCIe Gen 5.0 slots, and a couple of M.2 slots featuring their own heatsinks. Everything about this board reeks premium and best of all, the RGB isn't even a slight bit overdone. There are just enough amount of slots to keep the enthusiast within you fed while an auxiliary 6-pin connector offers more juice to those PCIe lanes in case you are going crazy with those Gen 5 expansion options.

Since this is a more OC-specific motherboard, it comes with just two DDR5 DIMM slots with 64 GB capacity support but offers higher clock rates at 7000 Mbps (OC+). For those who want extra DRAM capacity, there's the standard non-OC version available for $100 US less. Overclocking the memory on the motherboard was a charm and hitting DDR5-6666 with CL39 timings took some effort but it was mostly stable throughout my benchmarking spree. It's also the highest speeds I've hit with the DDR5 standard so far and explains why Kingston's DDR5 Fury Beast DIMMs are so popular among overclockers. 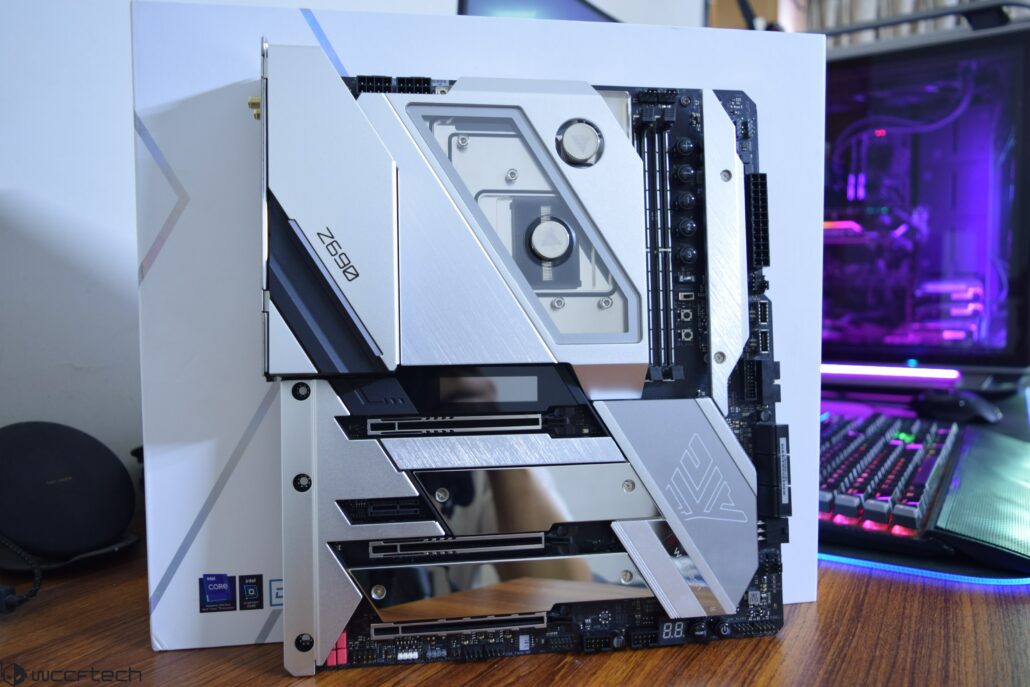 As for thermals, the VRM heatsinks did a good job in keeping temps under control at stock and while they did get warm at overclocked loads, they are still under the maximum threshold. The difference that an AIO made over a high-end air-cooler was around 5-8C but the custom-looped solutions dropped it by around 15C which is impressive given the higher overclock of 5.3 GHz all-core that I was pushing. The water block that ASRock ships the Aqua with is very impressive but it takes away the option to put 3rd party cooling solutions due to the lack of separate VRM heatsinks. It looks like overclockers will easily find a way over this by putting some heavy-duty thermal sinks and fans over the VRMs during intense OC sessions. Plus those going the LN2 route on this board may call it a day without even using separate cooling for VRMs.

The Corsair XD7 kit does provide a good use case for such beastly motherboards, offering an integrated reservoir and pump combo that takes up less space compared to traditional closed looping setups.

The ASRock Z690 Aqua OC also offers a strong suite of I/O with lots of USB 3.2 Gen 2/1 ports and even Thunderbolt 4 ports. There are 6 SATA III ports which are standard of all Z690 motherboards. All triple M.2 slots are Gen 4x4 compliant and come with their own thermal-padded heatsinks. The LAN options include a 10G and 2.5GbE port along with superb WiFi 6E capabilities. Additionally, the OLED display and the OC buttons featured on the Z690 Aqua OC are going to impress enthusiasts & overclockers alike. ASRock has truly outdone themselves with this motherboard and while the $1399 US may be a high price for the Z690 Aqua but given its impressive performance, overclocking capabilities, and feature list, it's totally worth it and explains why this beast of a motherboard has just 500 units available across the globe!