The world of All In One liquid coolers has staid pretty much, well the same for quite some time. Most of what you get from the market is derivative of whatever generation Asetek is on with their pump design and the same old radiator with some dressed up tubing and, if you're lucky, some flashy lights on the fans or the pump/block combo and some insufferable software to go along with it. Some companies buck that trend and come with their own designs from top to bottom and those are the ones that really catch my eye. Cooler Master has been good about developing their own and now Arctic has joined in with their Liquid Freezer II, their second generation outing in CPU liquid cooling.  Arctic has hit the ground running with a much different destination than what others are doing; simple, effective, and putting design into the function while maintaining form. The Arctic Liquid Freezer II comes in 4 different versions to satisfy your needs including; 120mm, 240mm, 280mm, and 360mm solutions ranging from $60-$90USD for an unbelievable cost-benefit.

The packaging for the Liquid Freezer II is rather quaint. It's a fairly small box and the internals are just enough to keep the contents safe during transport. The box has all the pertinent information including diagrams of all the components and sizing on the side of the box. The included accessories are minimal with only the mounting hardware and a small packet of thermal paste, come on Arctic give us the tube of that good ole MX-4 and not just a taste. The installation manual is oddly absent, but it can be found using the QR code card and that's going to take you to one of the most useful installation guides I've seen yet, even including animations showing you how the mounting brackets connect to the cold plate.

Part of what keeps the accessories so minimal is that this is how the Liquid Freezer II comes out of the box, 95% fully assembled. The 120mm Arctic P12 PWM fans with an RPM range of 200-1800 and a static pressure rating of 2.2mm H₂O come preinstalled to the radiator and wired through the tube sleeving for that ultra stealth look. The radiator bucks the trend of slim rads in favor of a fat 38mm thick aluminum radiator to make the absolute most of the cooling surface area, because of its size you'll want to check clearance in your case if you're installing over a motherboard.  The inlet/outlet of the radiator being centered is a bit of a strange move, but it works.

The Pump/Cold Plate is one of the most interesting in a while.  While we've seen designs from Cryorig with the A-series with a mounted fan, this one takes a unique approach and puts a blower-style fan in the casing to aid in cooling the VRMs.  That's the VRMs, not the memory, not the backplate of a graphics card, the VOLTAGE REGULATOR MODULE.  The thing that a lot of people miss when they move from a stock, or even a tower-style cooler, is that they leave the area around the socket of a motherboard pretty much void of active airflow.  While you might see a drop in temperature of your CPU, you can pretty much put money on it that your VRMs are running much warmer and that can impact your performance.  This is especially true in cases with weak airflow or those open-air cases like the Thermaltake P3.

Most of the reviews that I've browsed over so far for the Arctic Liquid II are using an Intel socket, which is cool, but we wanted to see how this new cooler could handle the 12 core Ryzen 9 3900X.  So far I've had much better luck with tower coolers like the Noctua NH-U12A rather than AIOs that I've tried regardless of brand.  So we set out to see if this one could buck that trend.  All installing really consisted of was mounting the fully assembled radiator/fan portion then mounting the universal CPU bracket in the correct orientation for AM4, then mounting it to the existing AM4 backplate with the proper length screws.  Believe me, that sounds much easier than it actually is.  The Intel socket mounts make use of the included backplate that is attached via standoffs and then secured using thumb nuts, and that is spectacular. But, the AM4 is much more cumbersome due to you having to hold the backplate in place, line up the pump/cold plate, and get the 4 screws to set in the backplate using a screwdriver all while the stiff tubing makes it want to shoot out of your hands.  AMD owners may find themselves wanting for a second set of hands. 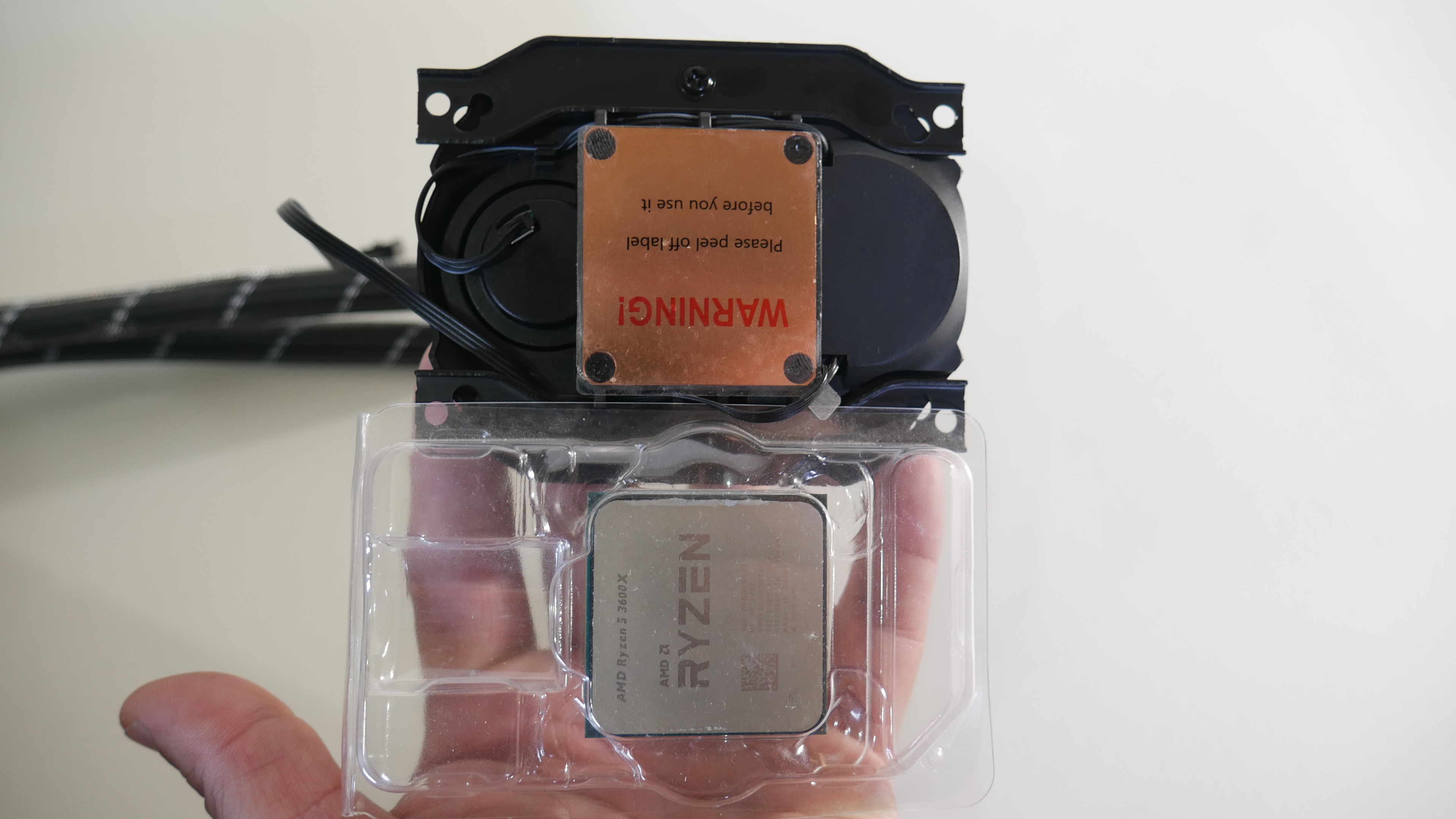 The other concern I had was when I noticed the size of the cold plate was pretty much the approximate size of the IHS for the Ryzen 9 3900X and that gave me pause for concern due to the nature of the chiplet design, but you'll find in the performance section that those concerns were quickly put to rest.

Testing the Arctic Liquid II I put it in my daily PC to see how it fared in a typical build since the features it offers should give it an edge over the traditional AIO designed coolers. I used my Ryzen 9 3900X on my ASUS ROG X370 Crosshair 6 Hero with the latest BIOS featuring AGESA 1.0.0.3 ABBA paired with 32GB of APACER NOX DDR4 3200 memory and stuffed it inside the NZXT H710i.  The fan speed was let on the same stock curve pattern across all tests. I used the box Wraith Prism cooler to have stock representation and for the traditional AIO cooler, I used the Cooler Master ML240P since it's actually one of the better AIOs of late.

Running Prime 95 is an absolute torture test anI ran it with SmallFFTs for 1 hour in a 22*C controlled ambient environment. Took note of the VRM thermals using HWinfo64 monitoring since the Liquid Freezer II offers up an actual VRM cooling fan.  The stock cooler actually carries a benefit over a traditional AIO in this regard since the CPU temperature drives the fan to full speed and consequently increases airflow across the VRM area while the traditional AIO leaves you quite a bit wanting.  Running the test with Boost disabled allowed for a very controlled method, but allowing Boost to do its thing showed where the VRMs can start to heat up when using a traditional AIO, we see here the Liquid Freezer II bringing the VRM thermals down more in line with what the downdraft Wraith Prism is delivering.

The same methods were repeated in Cinebench R20 but the results were not quite as pronounced on the VRM thermals until you started working on an all-core overclock due to the short burst nature of the test.  With that overclock in place not only do the VRMs run cooler with the Liquid Freezer II but the core temperature enjoys an 8 degree drop as well.

To simulate a gaming load we started a loop of 3DMark Firestrike Combined test with the CPU running at stock and found that this was the best showing of the Liquid Freezer II.  The results were taken after an hour of looping the test to allow for the coolers to become saturated.  The interesting takeaway here is that since the Wraith Cooler didn't need to spool up 100% we found that the VRMs suffered a bit as well from that in this one whereas the Liquid Freezer II did its job very well.

Best performing All In One Liquid Cooler I've ever tested pretty much sums up the experience I had with the Arctic Liquid Freezer II.  The monochrome design means that it will likely fit into almost any build and can easily be spruced up to RGB fans of your choice if you wish. A thick rad and competent and quiet fans make for an alluring combination.  The overall design of the pump/block/fan combo looks akin to the batmobile so that might be a turnoff for some.  Intel mounting system is top-notch, but the AM4 mounting is going to likely have folks calling in backup to get it installed.  I managed to install it by myself but I was really wishing I had another hand in the mix, maybe a retention clip on the screws would be enough to make it a much smoother experience.  But with that single issue I have with the cooler and its unbeatable price and performance there's no way I can let this one leave without the 'Killer Value' award.  If you're in the market for an AIO I suggest having the biggest one of these you can fit in your case on your list. 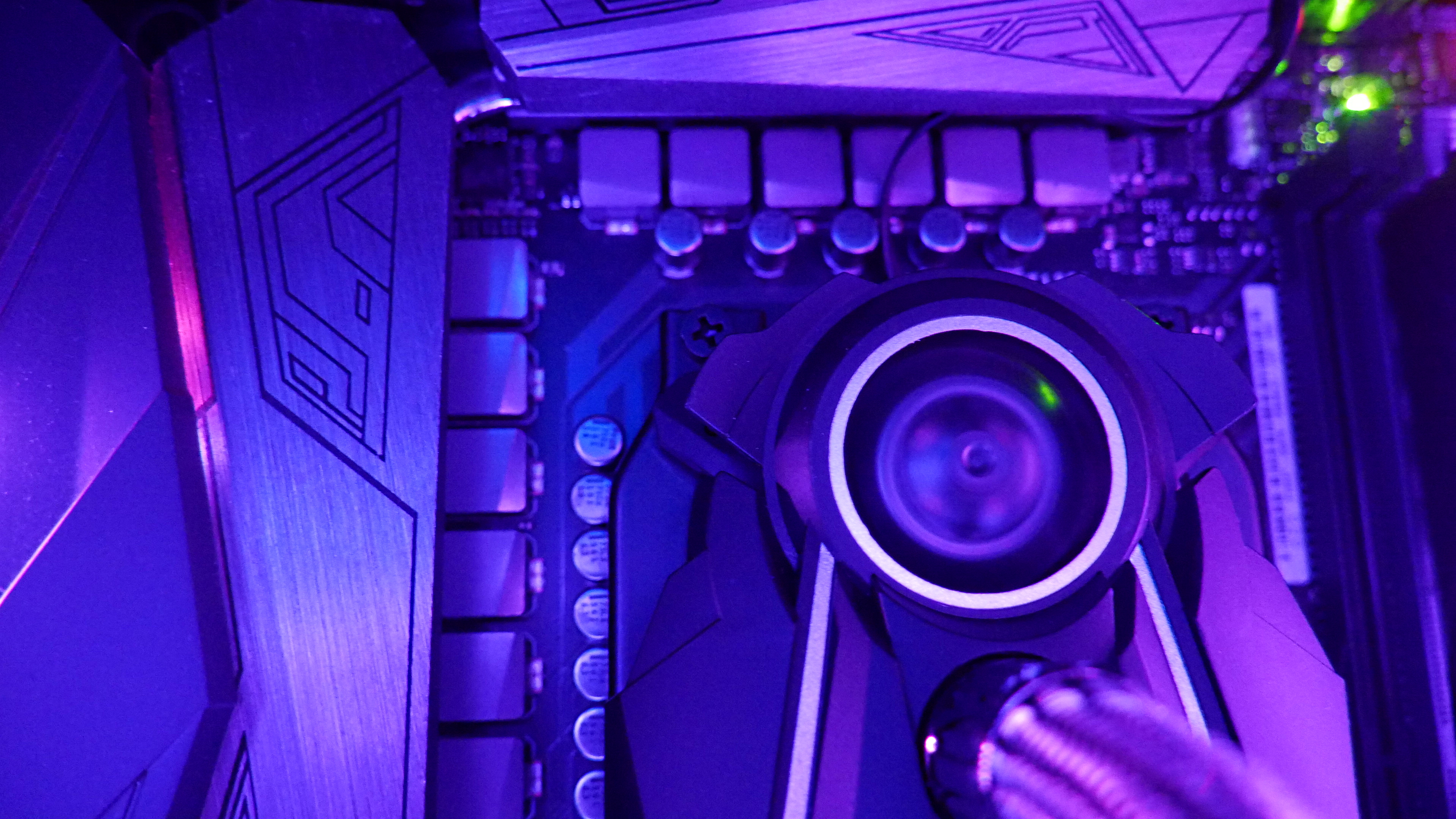 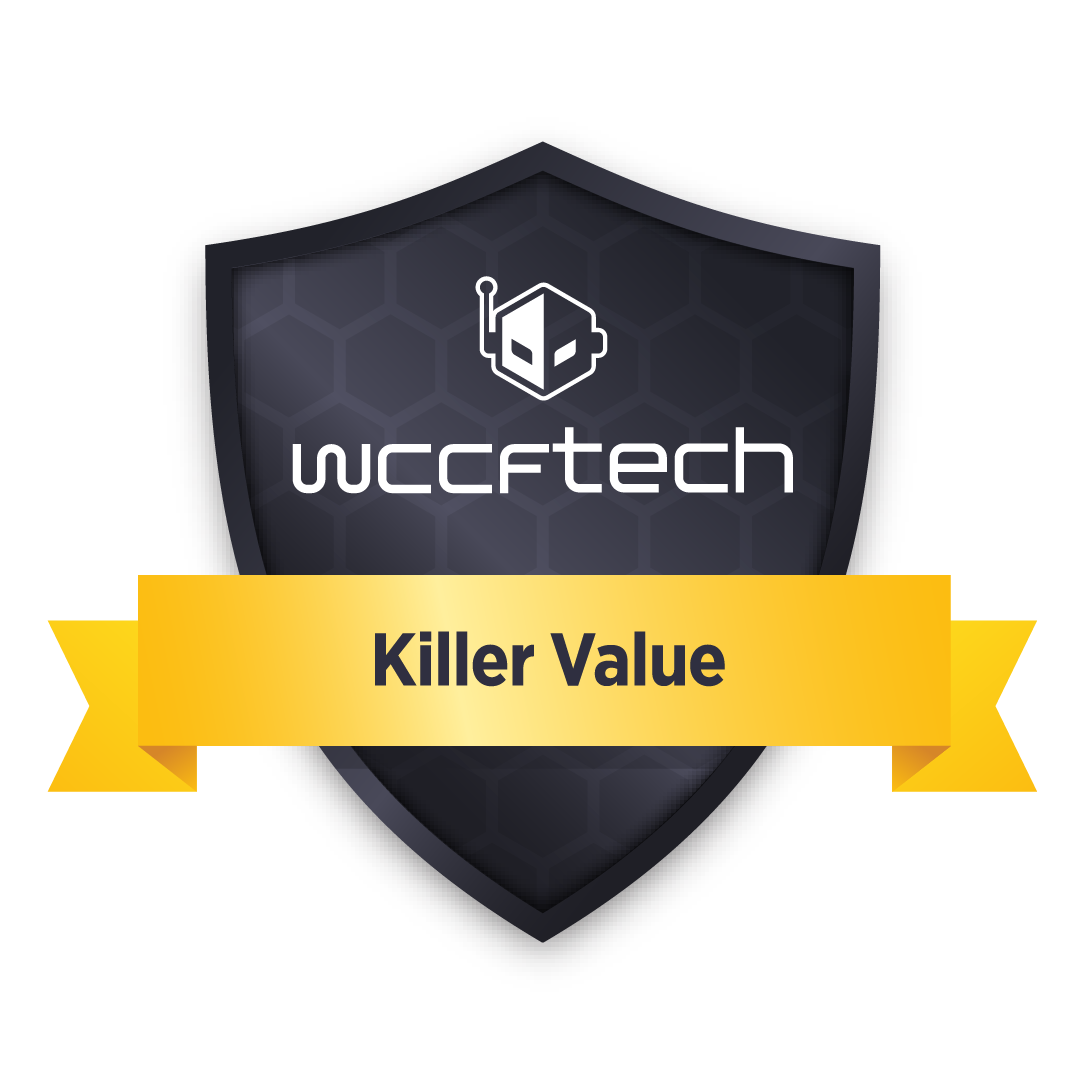 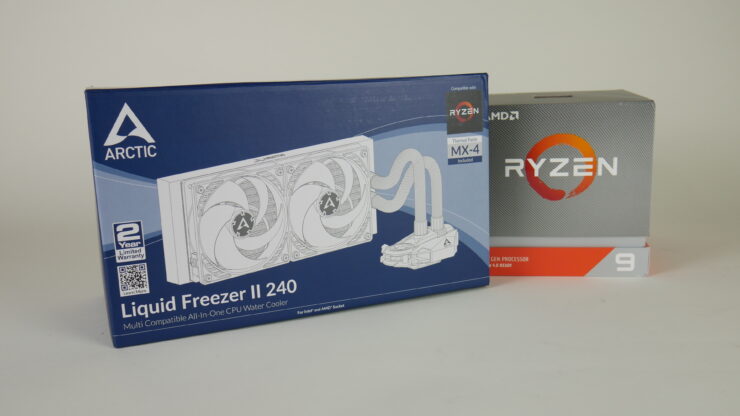 The Liquid Freezer II changes what should be expected of an AIO. Flashy lights and LCD screens that do nothing but add cost need to reconsider their place in the market. The Liquid Freeze II conquers on all fronts but could use a better design for AM4 mounting.