The AORUS GeForce RTX 20 series graphics cards come in a very large cardboard package, it's bigger than all of the other RTX 20 series cards I have reviewed yet. The front of both packages has a large "GeForce RTX" brand logo along with the "AORUS" logo on the top left corner and the "AORUS Xtreme" series logo in the middle.

The packaging has put a large emphasis on the RTX side of things as the first feature enlisted by AIBs will be Ray Tracing, followed by GDDR6, DirectX 12 and Ansel support. NVIDIA has bet the future of their gaming GPUs on Ray Tracing support as these are the first cards to offer support for the new feature. Other highlighted features include RGB Fusion support, Windforce cooling, 8 GB GDDR6 memory, and a 4-year warranty. 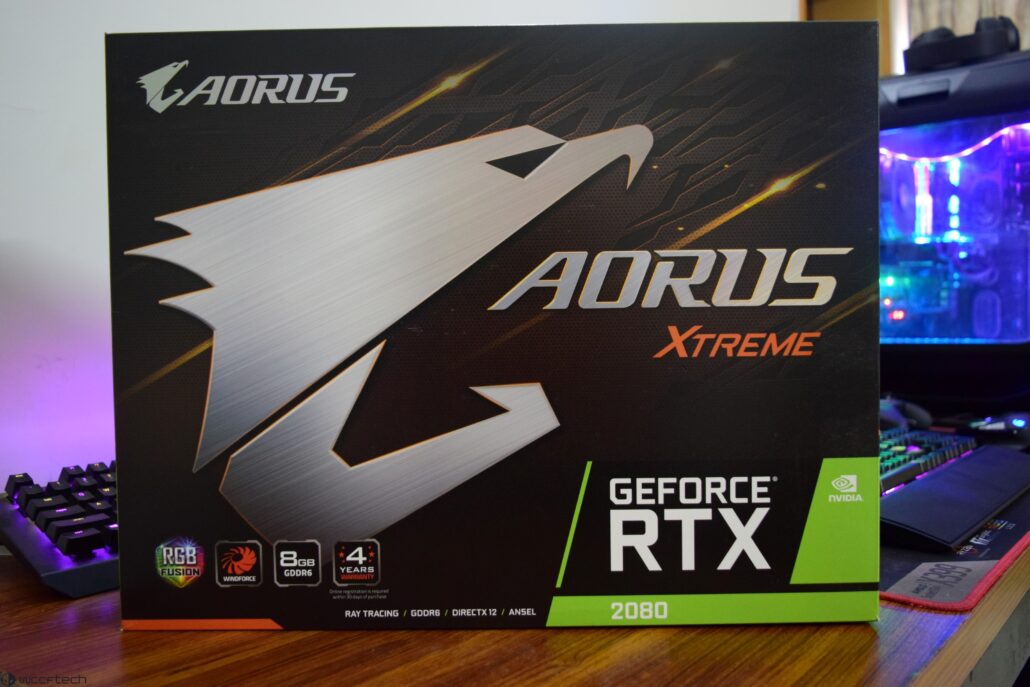 The back of the box is very typical, highlighting the main features and specifications of the cards. The three key aspects of AORUS's top-tier custom cards are its blazing performance which is achieved by a fully custom design, the Windforce cooling, and lighting system with Stack 3X fans plus a new angular fin heatsink which will offer better cooling performance compared to the traditional flat surfaced fin heatsinks. 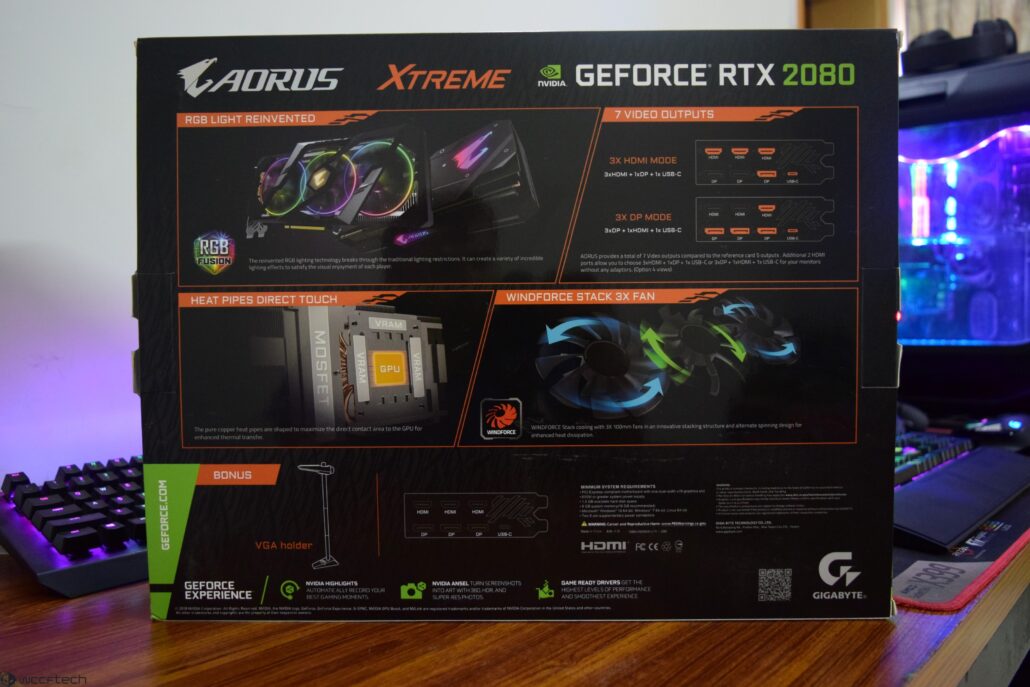 The sides of the box once again greet us with the large GeForce RTX branding. There's also mention of the 8 GB GDDR6 (RTX 2080) memory available on the cards. The higher bandwidth delivered through the new GDDR6 interface would help improve performance in gaming titles at higher resolution over GDDR5 and GDDR5X based graphics cards.

Inside of the box is another box which has a dotted texture and a reflective AORUS logo in the middle. AORUS is definitely going with the more premium look with this product. 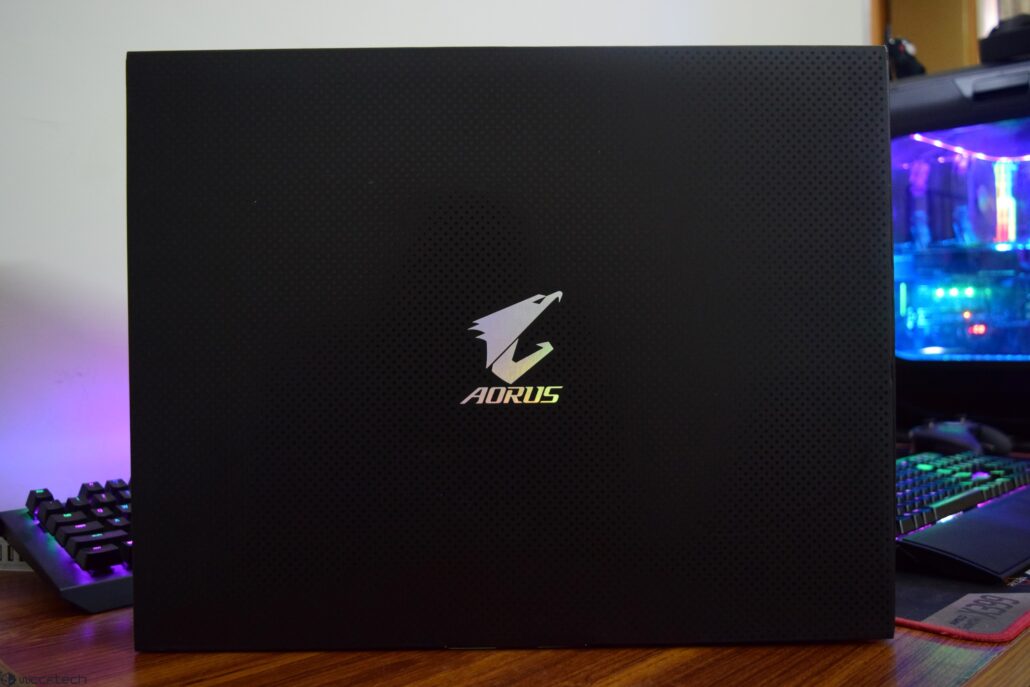 Outside of the box, the graphics card and the accessory package are held firmly by foam packaging. The graphics card comes with a few accessories and manuals which might not be of much use for hardcore enthusiasts but can be useful for the mainstream gaming audience. Following is the list of all of the accessories included within the package: 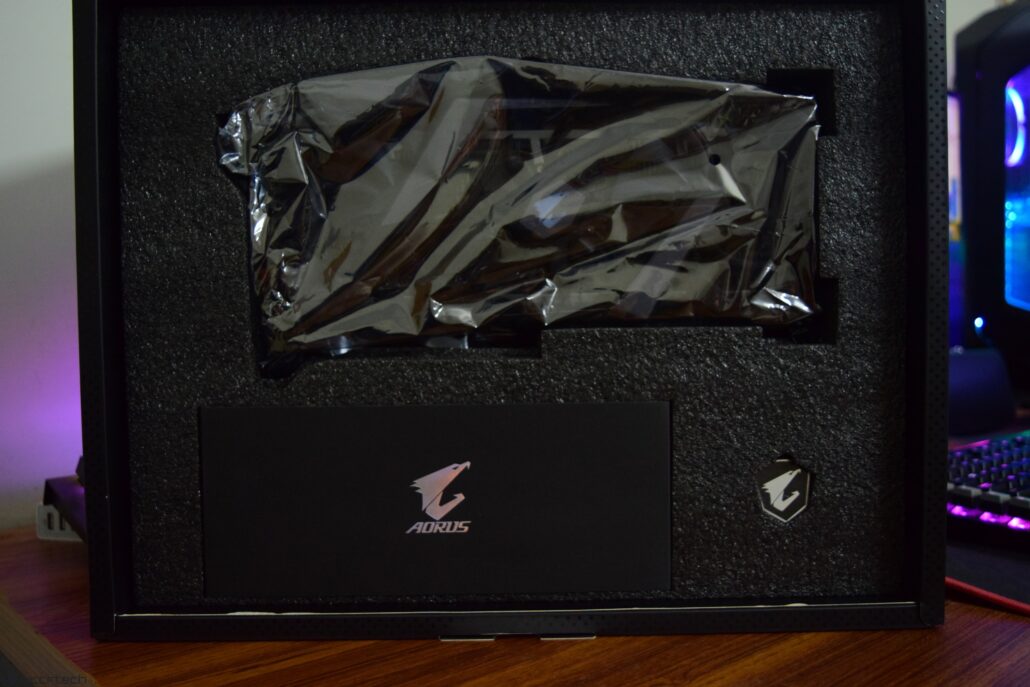 The card is nicely wrapped within an anti-static cover which is useful to prevent any unwanted static discharges on various surfaces that might harm the graphics card. 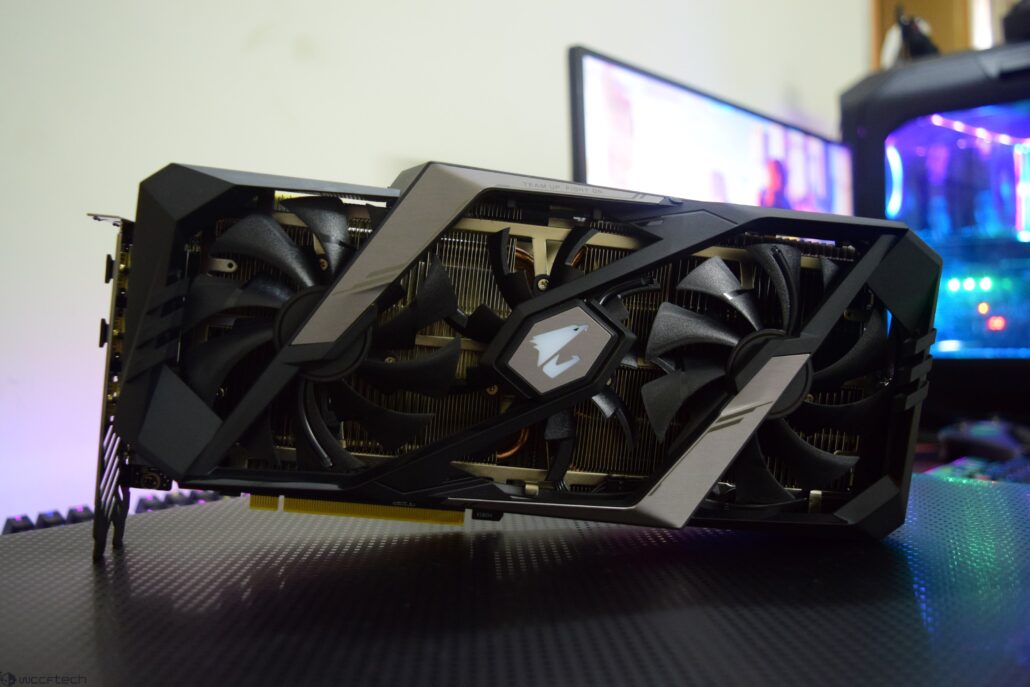 After the package taken care of, I can finally start talking about the card itself. This thing is a beast and I can't wait to test it out to find what kind of performance improvement I get over the stock & reference clocked designs. 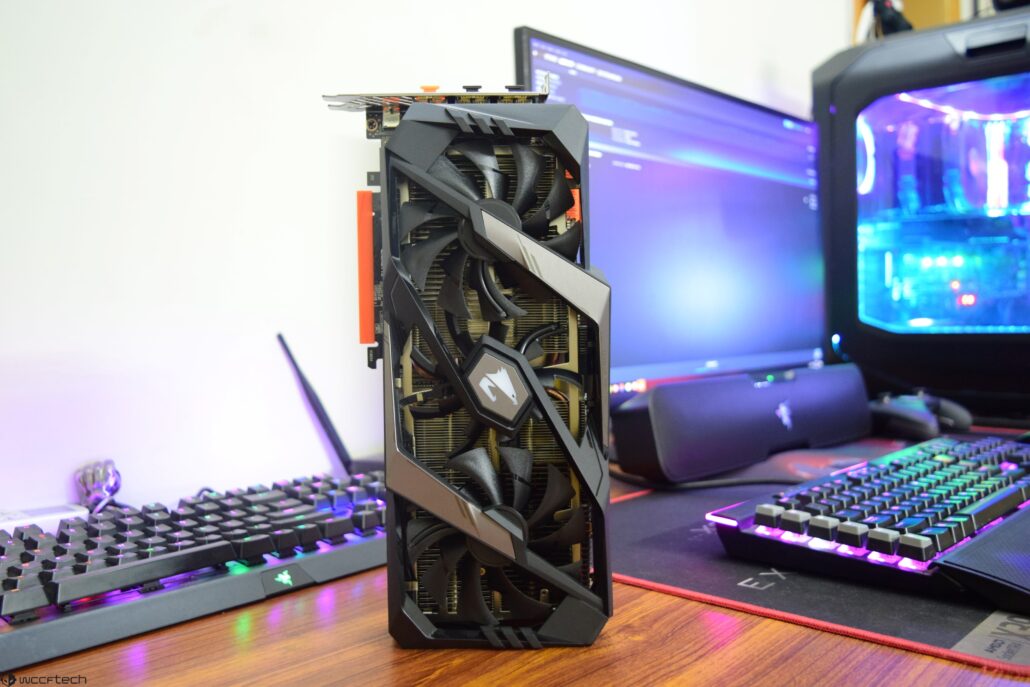