I compiled the power consumption results by testing each card under idle and full stress when the card was running games. Each graphics card manufacturer sets a default TDP for the card which can vary from vendor to vendor depending on the extra clocks or board features they plug in on their custom cards. The default TDP for the RTX 2080 is 215W while the MSI custom model has a TDP of 245W. 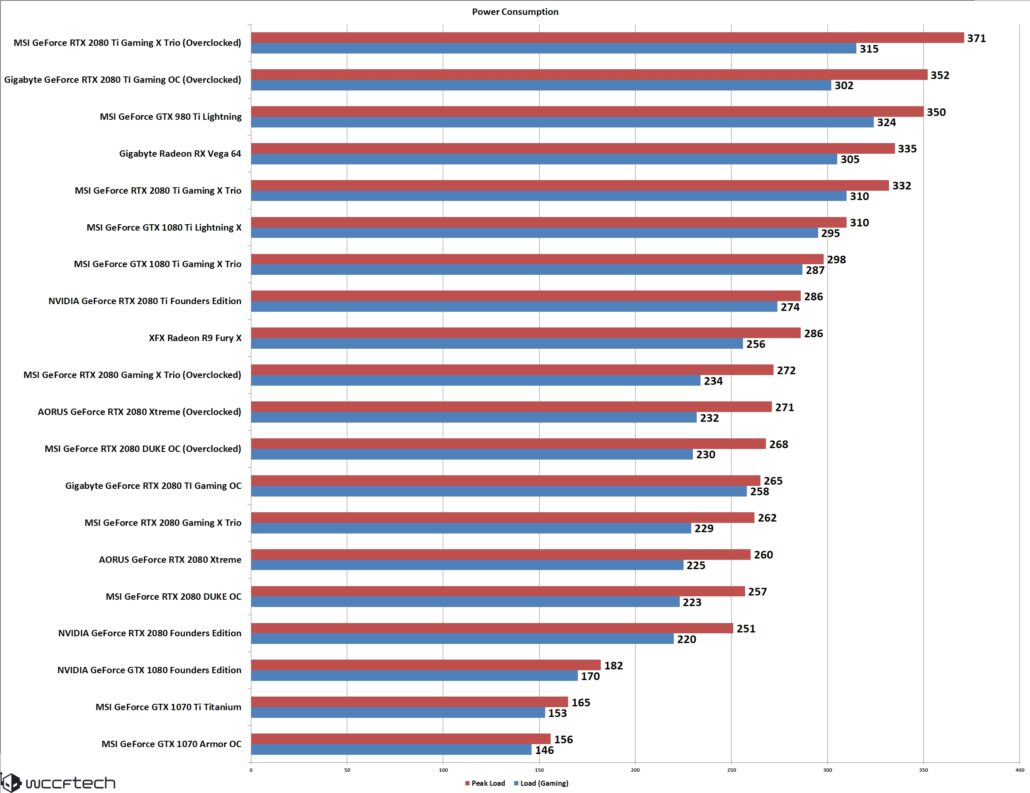 The AORUS GeForce RTX 2080 Xtreme sees a 10W jump during peak load testing and an average 225W or 5W power jump over the founder's edition with its factory overclock which is a good thing as the card is clocked pretty high, to begin with. You would see a rise in power consumption of 20-30W when overclocking manually to gain more performance out of the package.