2020 has been a strange year and we're only just halfway through the damn thing. I've spent a fair bit of time playing older games. From previewing the excellent Saints Row: The Third remaster to reviewing the astounding Command & Conquer Remastered Collection, I even reviewed Warcraft III: Reforged... we'll just leave that alone for now. It's time for another collection of classics, another collection of strategy games. It's time to look at the Anno History Collection and see if this is a collection of games best consigned to history or one worthy of being brought back.

I have to admit that I like the Anno series. I'm the strategy guy here, we know that, but I also love my sims. Anno has always fit the bill for me, a good mixture of both genres and as the series has progressed, it's recaptured past glories with last years' release of Anno 1800 (read my review here) that surpassed 2015's Anno 2205 (review here).

I'm finding it hard to write this review of the Anno History Collection. If you're expecting a remaster that modernises any aspects of the older games, you're going to be disappointed. It is literally just a collection of four old games with a few tweaks to let them run on modern machines, enable you to play them at larger resolutions and let you play them online. It almost seems unfair to rate the games due to the limitations and design choices only there due to age.

Sites like GOG were founded on people playing older games. The thought is that some were near enough perfect when they were released. Nostalgia also helps. Going back to them can crack the rose-tinted glasses somewhat, especially after encountering modern advances and sensibilities. I've found that when going back to play some earlier games (Total War, Civilization, Tomb Raider & Crash Bandicoot), what was once expected, even great, is now frustrating and almost unplayable.

Why am I talking about this? Mostly because I need to make it clear that I can't play Anno 1602. Age just hasn't been kind to the game. A terribly clunky UI and a general feeling of sluggishness to the game makes it nigh on unplayable. Anno has never been the quickest of series' but the older games move at a glacial pace. Before I move on from 1602, I can't hide the fact that the lack of any improvement visually doesn't have an impact. It is just old and unless you go into it wanting something that looks, plays and just is old, you're going to struggle.

If the age and issues that come with that make Anno 1602 almost impossible to play, what about Anno 1503? Well, it's certainly more advanced. The sidebar isn't harder to navigate than the world's worst maze, so the usability is improved. In fact, playing it, I was struck by how nice the visuals are. Honestly, that applies to every game bar 1602. The Anno games have aged very well, aesthetically. Functionally, 1503 is still clunky and an awkward user interface. The game is playable and can be enjoyable. I suppose, depending on the person, 1602 also could be enjoyable too.

This is where the review of the Anno History Collection will become a bit more positive. Honestly, both Anno's 1701 and 1404 - actually, quick question, why is it the seventh game that finally makes it easy and chooses 1800 as the year, rather than a random date in a century? - Anyway, what was I saying? That's it, 1701 and 1404 are both still great and very playable games.

Both of the latter two titles were developed by Ubisoft Blue Byte (actually Related Designs, which became Ubisoft Mainz before being grouped in with Blue Byte), the same studio that works on the modern entrants in the franchise. That link to modern games in the series is very visible. The UI hasn't changed much over the previous five games, the key elements are all roughly around the same part of the screen and showing the same key elements. The only changes are in the presentation, either going for something futuristic or historical depending on the year each game is set.

So yes, you're going to find the latter two games in the collection easier to navigate and simply play in general. Part of this is also thanks to the speed of the games. The ships feel like they're moving faster, the general pace of building, resource collection and development just feel like they have a bit of pace and momentum. Of course, this will also be determined by the resources on your island and how you personally choose to develop your cities, but I certainly believe the games are quicker.

If this is just a collection of four older games supported by modern systems, allowing you to play them online - you've heard what the Anno History Collection offers now - is there any other selling point to the collection? Yes, there is. That selling point is content, massive swathes engaging missions, scenarios and campaigns. That's what you get in the Anno History Collection.

This isn't content in the same way and an open-world game, one that just tries to full up time and spaces with collectables and the same old repetitive rubbish. The four games featured in the Anno History Collection contains each and every bit of extra content ever developed for the games. Anno 1602 comes with the 'New Islands, New Adventures' expansion; 1503 comes with the 'Treasures, Monsters and Pirates' expansion; 1701 comes with the 'Sunken Dragons' expansion and 1404 comes with 'Venice expansion.

Even not including the fact that each game lets you start a new game on a randomised map, letting you simply take it as it comes, you're talking over a hundred hours' worth of content and, as I've said, not content that will leave you bored. All of this leaves me with mixed feelings. Do I like the Anno History Collection as much as I remember enjoying the original games and, as a result, do I think it's worth it?

It's both worth it and not, as strange as that may sound. £34/$40 for four very large games, even though they're old, doesn't sound like a bad deal. However, knowing that the only changes that have been made are to enable support for much larger resolutions and fix it so you can play online, it's hard to not look at it at least a little negatively, thinking they could be cheaper to reflect their age and the fact that these aren't remasters or remakes. I imagine part of it is simply that Ubisoft has matched the price to those on GOG, not placing one above the other.

As a piece of gaming history, I'm certainly inclined to give the Anno History Collection a pass, even to recommend it. I appreciate it as a collection for those who love the franchise and simply want the collection, revisiting the path that one of their favourite series of games. I even appreciate it as a group of very detailed games jam-packed full of things to do. The series has been around for a long time and it's because the games were good at the time, some still good to this day.

I do still think the price is higher than it could be, though I understand that it's very much made to match the pricing of those found elsewhere, these having extra benefits to incentivise you. The question then is if you don't mind how dated the first two titles feel, having not aged too well and if you personally want to go back and explore the series of games? Personally, I'll be playing more of 1701 and 1404. 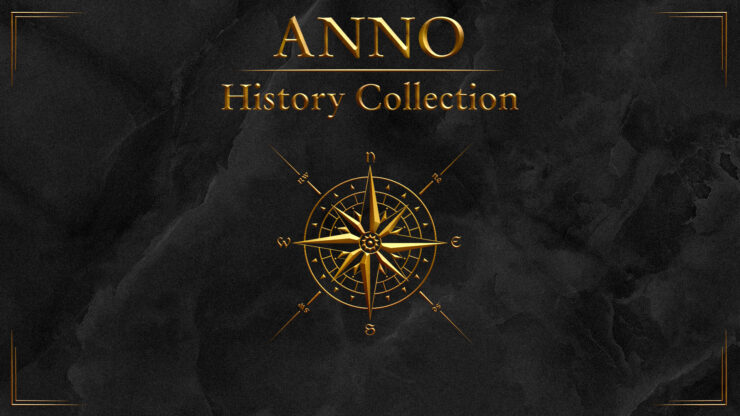 The Anno History Collection is as the name implies, a collection of the historical Anno titles. Unlike other re-releases that have come out recently, this isn't a remaster or a remake, with the games coming in their original glory with a few tweaks to enable modern resolutions, allow the games to run smoothly and allow you to play online. Is that enough to justify the high price? That's up for debate, as is the value you'll get out of each of the four titles, with the age of the first two really showing. You can, however, buy the titles separately. So do I recommend it? The games are good and there's a massive amount of content, it's down to you if you're happy playing some (admittedly great) older games with few noticeable advancements. New Ghost Recon Game Rumored to Be Coming in 2025