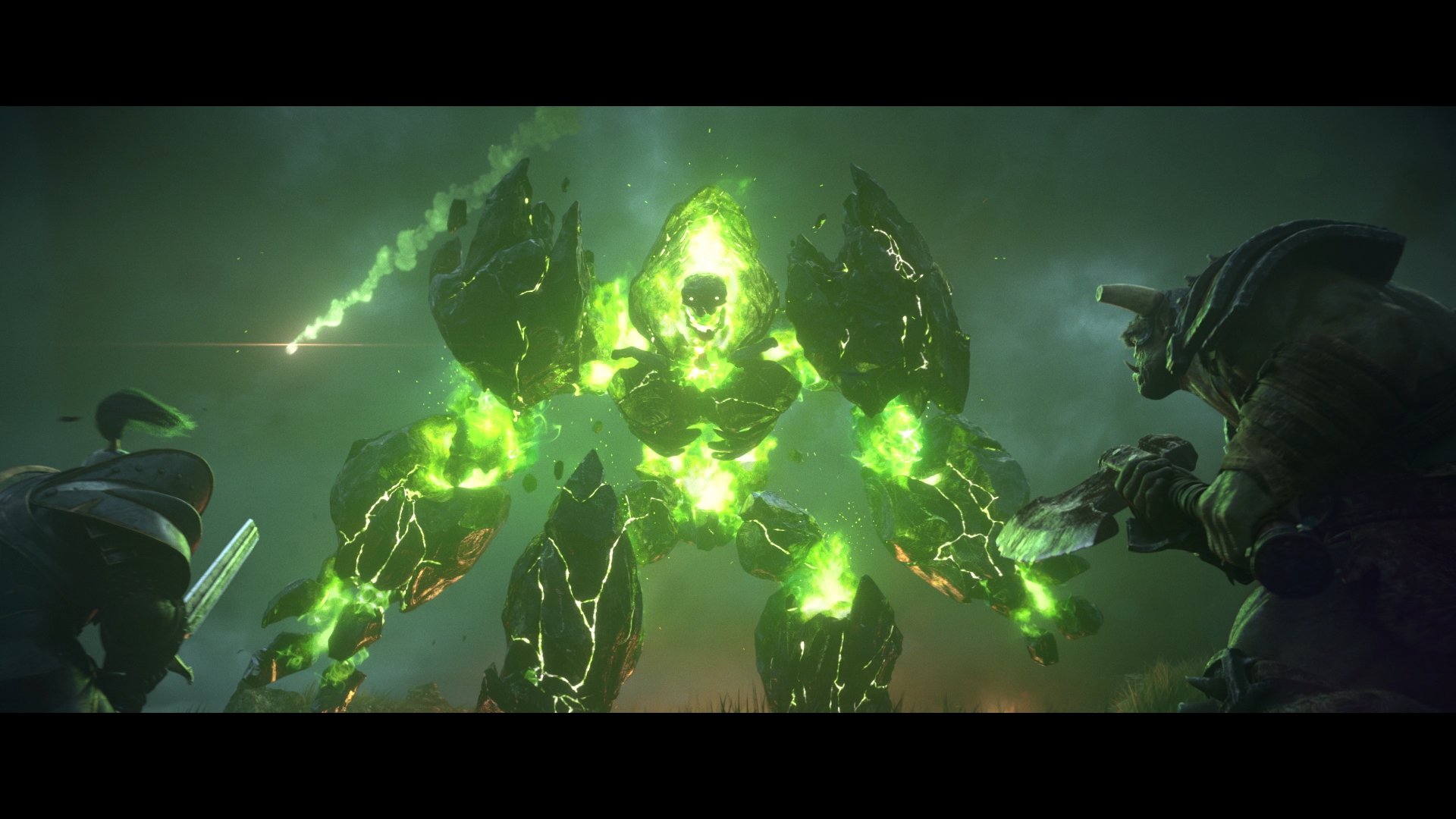 As a result of the campaign not having been unlocked prior to launch for review purposes, I've spent the hours I can with Warcraft III: Reforged prior to launch on the multiplayer beta - which is by all accounts and hands-on experience the same as the multiplayer non-beta - and post-launch hours on a small amount of the campaign. As such this is a review in progress (this text will remain even when the review is completed) where I'll start by talking about the multiplayer. When I've completed the campaign I can talk about what works and doesn't work, particularly with the changes they've made.

Fortunately, what playing the multiplayer does allow is a good grasp of how everything plays and looks. Even with the updated nature of the game, this was never going to be the best looking game around but Blizzard has certainly done more than a few small, quick updates. There's been a decent amount of work done on the environments, character models and animations, with even the destruction of buildings being represented in much finer detail.

It makes for a generally attractive game, one that's so incredibly nostalgic for somebody like me whose first venture into the Warcraft universe was with the strategy games. You can recognise the buildings and units that you used almost two decades ago, with a few added flourishes, shadows and detail, particularly the detail on the attacks and abilities of special units. This extra detail is also supported by a somewhat crisper user interface, though not exactly the one promised. 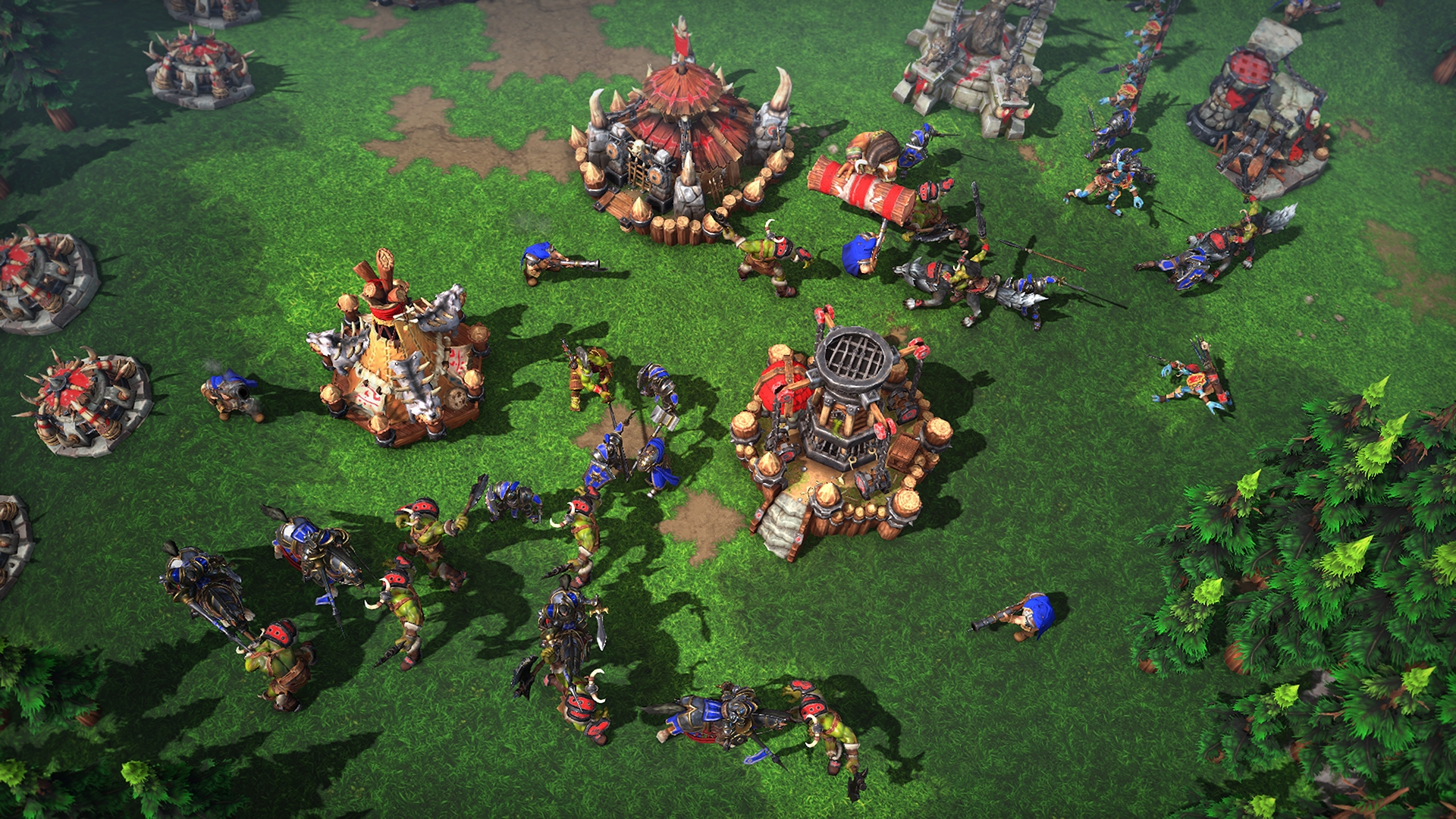 Not that I'm honestly too bothered about the UI, though Blizzard should certainly deliver on their promise. This being smoother just helps matters along, with it having slightly more detail to improve it aesthetically. Blizzard has also got the game working smoother and simply faster than that of the original, as you would expect from a revamped version of a game from eighteen years ago. Another great aspect is that the community is there, with the game allowing people to play one version against each other, from RISK to Tower Defense, Pokémon, and even more. This is the same modding community that literally started new genres, you've got a lot to work through.

Of course, with the modding community comes the option for you to join in and start creating yourself. Working with this is the revamped map editor, made clearer and a little more user-friendly than the one you may remember from the past. Joining the new map editor is the support of Battle.net, meaning the connection between players is all well supported and includes all of the social and matchmaking features you find with other Battle.net supported titles.

All in all, playing multiplayer with everything available in Warcraft III: Reforged is a great experience. It's a smooth, attractive and altogether great experience for those who are wanting to see the game that started the DOTA craze as well as a game with one of the most thriving and energetic modding communities in the world. Most of all, it gives people the chance to play what still remains one of the best strategy games ever made. That's multiplayer - so how is the single-player?

Edit: This was the end of my Review-in-Progress, with all new content added in. I should also add at this point that the terms forced on players, stating that their creations (mods) are owned by Blizzard, has caused an uproar. There have also been widespread reports of issues in connectivity. I personally did not face any issues, though I appreciate that I could be very lucky in this respect.

It's hard to put into words how I feel about the single-player. I'm at an impasse with myself because I've really enjoyed playing it but I can't deny that it's flawed. This is especially true because of the simple, earlier mentioned fact that the game is eighteen years old. Reforged or not, I'm finding too many issues. Playing through the campaign, something as simple as subtitles aren't showing when characters start speaking to each other. Why this is I don't understand, particularly as the actual pre-rendered cutscenes have their subtitles.

Even stranger is that it's only certain characters that can't seem to show their subtitles, usually the humans. For that matter, half of the names of characters can be missing and other strange, non-subtitle related bugs occur all too frequently. For instance, I've noticed effects like fire on buildings flickering in and out of existence. I've also had the game go full black-screen on me during some in-engine cutscenes - fortunately just pressing escape skips the scene, meaning I don't have to reset the damn thing.

All of this is a shame because I'm thoroughly enjoying going through the campaign with Warcraft III: Reforged. Having been a Warcraft III fan, one that took up the call to venture into World of Warcraft and saw all of the events that took place after these events, it's a great trip down memory lane. Well, some things are great. I can't help but love the "right-o" of the Peasant and other quirks of the older voice acting. This is also the story that led to the world that took thousands of hours of my time.

It's also appealing how certain aspects have been altered to be more fitting to that of World of Warcraft without changing their fundamentals. This can be from the design of characters, making them look more like their RPG avatars, to the missions themselves. The first one you encounter is the culling of Stratholme, where the whole layout of the city and the layout of the mission mimics that of the dungeon in World of Warcraft. 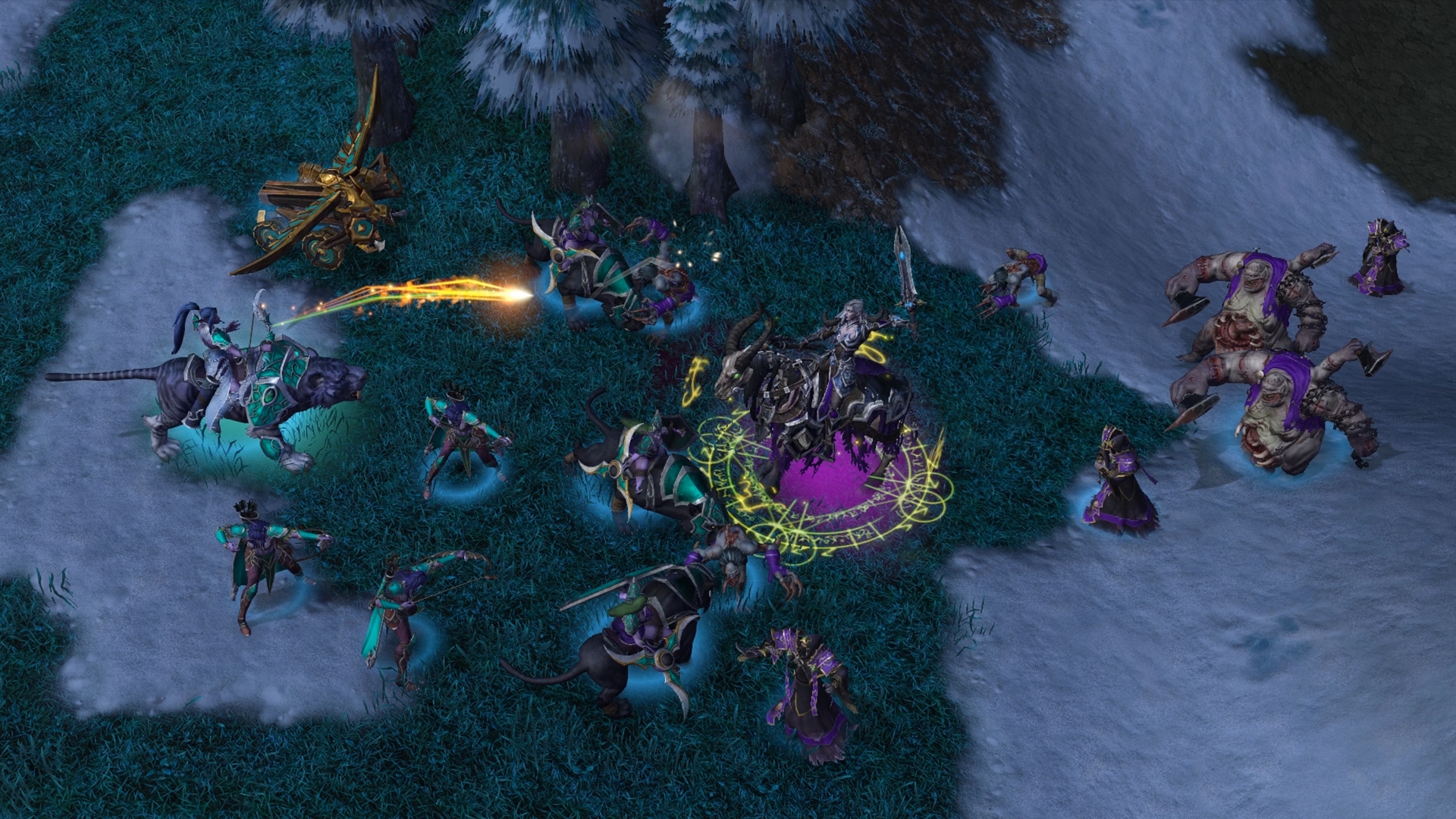 Honestly, there's not a massive amount to say other than Warcraft III was already an outstanding strategy game with an incredibly compelling story. Warcraft III: Reforged, removed from the current furore, has the makings of an outstanding strategy game. It's so close, just with too many bugs hampering the experience. What I did say, though, is the prerequisite of the game being taken away from the furore. Sadly, it's impossible to completely remove the game from the fact that Blizzard has and actively still promotes this game on a lie.

Not only has Blizzard massively downgraded the in-game cinematics shown (the culling) and promised from Blizzcon two years ago, the new UI is non-existent - with just a bit of an HD upgrade and tidying up having been performed, far from the huge overhaul promised. Were these aspects not promised, I can honestly imagine that there wouldn't have been such a big issue, but they were. All of this contributes to the game feeling like more of a disappointment than it would, had it simply launched with the bugs found within. It also doesn't help that reforged has been interlinked with the original Warcraft III, essentially infecting it with Corrupted Blood.

So what do I actually think about Warcraft III: Reforged? It's Warcraft III but better. Well, at least it would if it hadn't launched while riddled with bugs. There's also the argument about the release compared to the promise, that is certainly valid, but that doesn't take away from the fact that even in the release we have, Warcraft III: Reforged is one of the few strategy titles that combines excellent story and gameplay and should Blizzard actually fix the issues, it'll be more than worth it.

Warcraft III: Reforged isn't the game that was promised, but is still a valuable reconstruction of one of the most influential titles in the history of video games. This release is, sadly, riddled with bugs as well as marred by the terrible decisions of Blizzard, particularly that of the false advertising that persists now even after launch. However, despite this, there's little doubting that Warcraft III: Reforged has a compelling story that, even eighteen years on, remains one of the most engaging in the genre. The gameplay holds strong to this day and with the tweaks and upgrades, this is an undeniable diamond in the rough.