It has been five years since AMD last launched a processor lineup for the desktop market. The Bulldozer family was hit with lots of criticism at launch due to its lackluster and non-competitive nature in terms of performance and efficiency. Fast forward to 2017 and AMD finally has a fresh new line of CPUs for enthusiasts and mainstream desktop users.

Known as Ryzen, the new family of high-end and mainstream desktop CPUs comes with the latest 14 nm Zen architecture. After adopting FinFET for their graphics chips, AMD is extending the FinFET tech to their Ryzen processors. FinFET is just one aspect of their entire Zen architecture. AMD's entire journey to Ryzen was to meet the promised 40% IPC goal over Excavator. They did so and managed to achieve more than that. A mind boggling 52% IPC increase is what AMD achieved with Ryzen and that yielded a massive performance increase, bigger than anything AMD has ever offered to consumers.

Intel had the lead in CPU performance for many years and AMD had nothing to offer. But it's wise to say that AMD is back and with a very competitive and disruptive processor lineup. During the intervening years, Intel had also gained a massive advantage by optimizing their platforms for future I/O support. AMD has done the same with their new AM4 platform which we will be focusing on today.

Our Ryzen 7 processor review focused on the enthusiast grade, 8 core and 16 thread chips. Today, we I'll be taking a look at the Ryzen 5 mainstream chip, a 6 core and 12 thread processor. I'll be using the Ryzen 5 1600X processor and ASRock X370 Killer SLI AC motherboard for this review to test the performance potential of AMD's more cost effective chips that aim to offer Core i7 level performance for the price of a Core i5 chip. I would also like to thank ASRock for enabling us to cover this review by arranging the board and processor.

You can also check out our Ryzen 5 1500X review in the video below:

AMD has two "X" series chipsets powering their AM4 platform, the X370 and X300. The AMD X370 chipset is the flagship PCH while the X300 is a cost effective variant tuned for M-ITX boards.

The X370 chipset is a high-end PCH for overclockers and tweakers who need robust platforms. This chipset provides the ultimate low-level control to its users and delivers ultimate graphics card bandwidth. By bandwidth, AMD is referring to max PCI Express lanes as this is the only chip in the stack that supports multi-GPU functionality. The chipset supports both, CFX (CrossFire) and SLI. Features of X300 series chipsets include:

AMD has mentioned two full x16 (Gen3) lanes for GPUs. AIBs can add additional lanes through a PLX chip but that would add to the cost. X370 features full overclocking support with a very sophisticated GUI that will allow the best overclock tools and experiences. Since all AM4 CPUs have an unlocked multiplier, most record breakers will definitely put X370 boards to the test on liquid and LN2 setups. 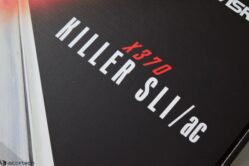 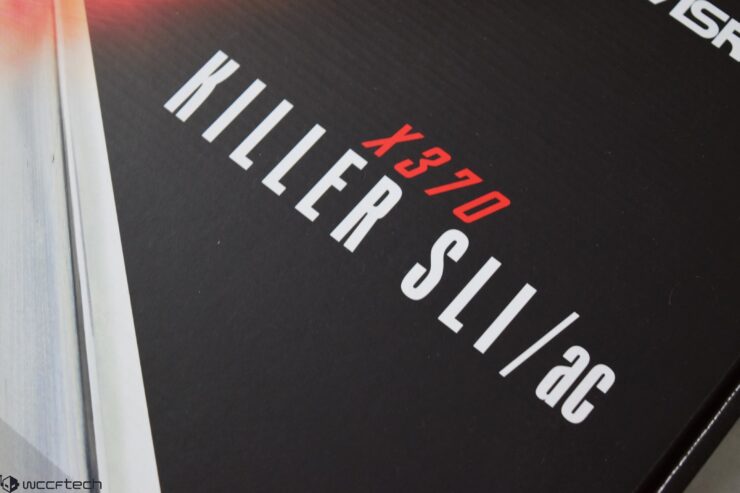 AMD has built a disruptive platform with Ryzen and AM4 with the new Ryzen 5 1600X plus ASRock X370 Killer SLI AC showcasing a powerful bond in multi-tasking applications and competitive gaming potential.