The Walking Dead A New Frontier: Thicker Than Water

After a three-month gap between the season premiere and episode three, Telltale Games have surprised fans by releasing the fourth episode of A New Frontier after less than a month. There will be spoilers for this episode in this review, so come back to this later once you’ve finished playing it. Entitled ‘Thicker Than Water’, this episode focuses on family. Players will catch a glimpse of David prior to the zombie outbreak, Javi’s relationship with Kate and Clementine’s ongoing search for AJ.

Episode three of A New Frontier concluded with Javi and David getting into an argument with the other leaders at Richmond. It turns out Joan has been commanding her troops to raid other camps and steal their supplies. When David confronts her about this, Joan argues it was David’s lack of leadership as Head of Security that caused this to happen. One of Joan’s henchmen corroborated her story leading an enraged David to shoot the man almost instantaneously. In addition to this, the player also finds out AJ may still be alive, giving Clementine an excuse to head back to Richmond.

It was heavily implied in the third episode's final cutscene that there would be a shoot-out of some sort. You’d think after this confrontation something exciting would happen… unfortunately, this turned out not to be the case. Javi and David are imprisoned, with David being taken away to discuss his punishment in private. After all that build up in episode three, I thought this episode would continue at this fast pace. There are plenty of talking points in this episode, it's just a shame none of them occur in the first forty minutes. 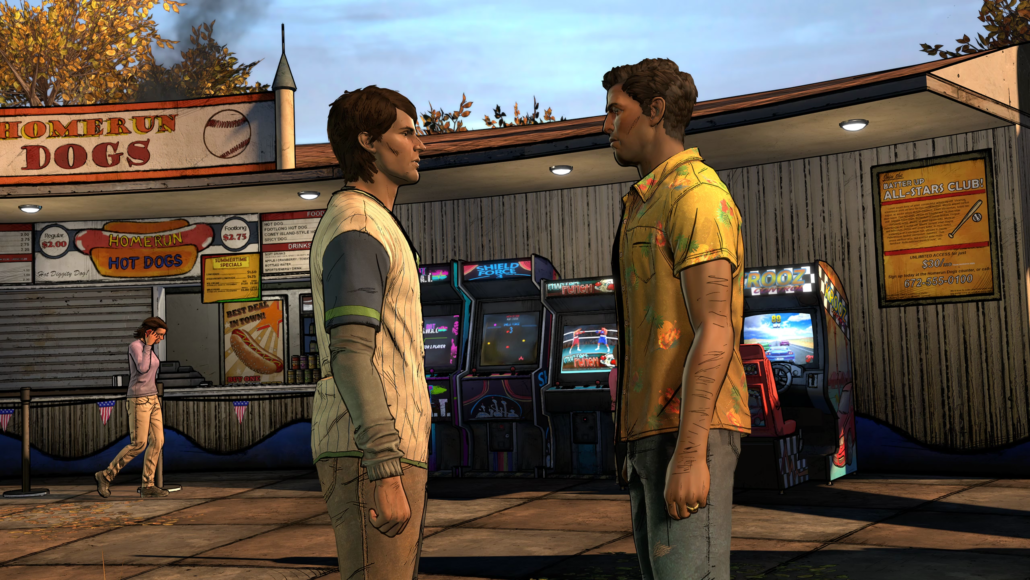 My favorite addition to A New Frontier is the lack of filler in the form of boring interactive scenes. Finally, Telltale have learned where to trim the fat, allowing the developers to make each minute in an episode count. Unlike the rest of the season so far, episode four seems to have gained some weight, with Javi being forced to perform basic tasks in order to progress in the story. I don’t have a problem with some of the puzzle solving, as long as it isn’t too long winded, however my main gripe comes from being asked to open a door. There’s nothing else to do, no puzzle to solve, no loading to mask, it’s only there to give the illusion of choice.

Once again, Javi comes across as the father figure to both Gabe and Clementine in this episode. We are able to see Gabe’s clear intent to be with his father, despite this being the more dangerous option for him. It’s interesting to compare Gabe to Clementine as she is already coping with the pressures of being a mother while struggling to deal with puberty. Javi, despite not having any children of his own, does a great job of trying to support both of these teenagers. It’s refreshing to play as an adult in this series once again. As Clementine had little control over many situations in Season Two, players should now feel in control of the decisions that play out.

Choices in The Walking Dead have always been a point of contention for many players. Telltale insist the choices players make in their games will impact the story, but time and time again we are shown this is never actually the case. On most occasions, this can be forgiven, but A New Frontier is insistent on pushing the Javi-Kate relationship. Despite my best efforts to shun Kate, the writers clearly have something else in mind. Near the end of the episode, Kate professes her love to Javi which gives players the opportunity to do the same. In my game, Javi made it very clear that he wasn’t interested in Kate, even in flashbacks, yet in this episode she still won’t take no for an answer. I’m sure it came as a surprise to no one as she was then killed only moments later. There is no room for any other conclusion other than ‘you love me’ or ‘you are too scared to admit that you love me’. 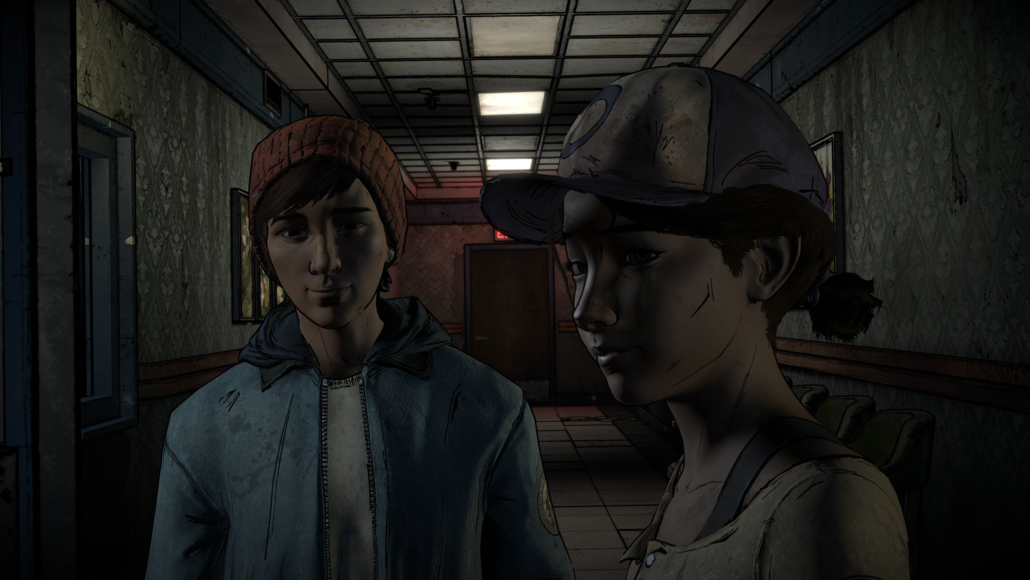 Recently there’s been a lot of discussion regarding Telltale’s engine used for all of their games since 2012 and whether it is good enough these days. For a game designed to be like an interactive television show, it is shocking to see such disjointed animations at times. This wasn’t something I noticed much in the first few episodes but this latest one really highlights the engine’s limitations, particularly as a lot of scenes involve the characters running. Aside from a number of scenes ruining the immersion of the game, I’m happy to say I didn’t have any technical issues with this latest episode.

Reviewed on PC. You can buy it on PlayStation 4 and Xbox One via Amazon.

Much like the preceding episode of Season Three, ‘Thicker Than Water’ is roughly an hour and a half. Although I would always prefer if each episode was slightly longer, it felt as though there was too much filler in this one. The opening episodes of Season Three felt like Telltale had set a great pace to the story, however now it feels as though the developers are slipping back into their old ways. With only one episode left, there’s still plenty to cover in this story. I’m looking forward to seeing how the story concludes, but I can’t help but feel somewhat disappointed by the predictability of the season so far. Hopefully, we won’t have to wait too long for the final episode.