Intel’s Skylake lineup of processors are going to be present in the upcoming 12 inch Retina MacBook models. Let us take a look at all details, ranging from specifications to price tags of these upcoming products.

According to a source, Intel is reportedly going to incorporate low-power Skylake-Y chips as Core M3, Core M5 and Core M7, according to the level of performance that they can deliver. The lowest performing processor is going to be named Core M3 6Y30; it is going to be running at a default clock speed of 900 MHz, and will comprise up of two cores. While the clock speed might be on the low side, Intel’s Turbo Boost technology will take that speed for both cores up to 2.2 GHz, in demanding situations. Other specification details have been listed below:

Coming to the mid-performing processors; they are going to be named Core M5 6Y54 and Core M5 6Y57 and will be running at a clock speed of 1.1 GHz. The Turbo Boost technology will take their speeds up to 2.7 GHz and 2.8 GHz respectively, and for your convenience, the remaining specification details have been listed below: 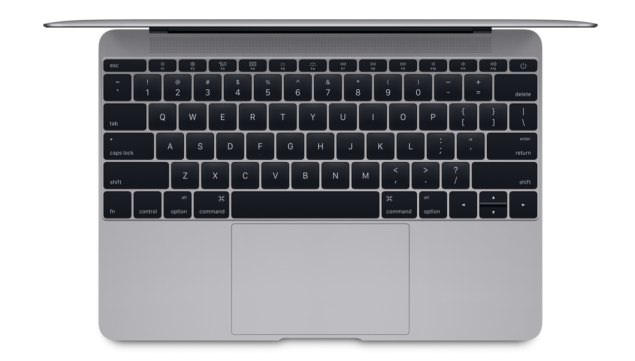 As for the high-end Core M5 6Y75, the CPU will be running at a speed of 1.2 GHz, with the Turbo Boost technology taking the speed up to 3.1 GHz. The remaining specifications have been listed below:

These sixth-generation Core M processors are most likely going to launch next month and are going to be showcased during the IFA Berlin trade show that is going to be held from September 4-9. Just like before, we expect Apple to adopt a very thin form factor for its upcoming notebooks, giving preference to portability rather than raw processing firepower and bulkiness of a notebook. However this time, it would be great to see some additional connectivity buttons ranging from USB 2.0 and 3.0 ports, along with some display connectors for extra flexibility.

Hopefully, Apple will not let us down in this particular department.