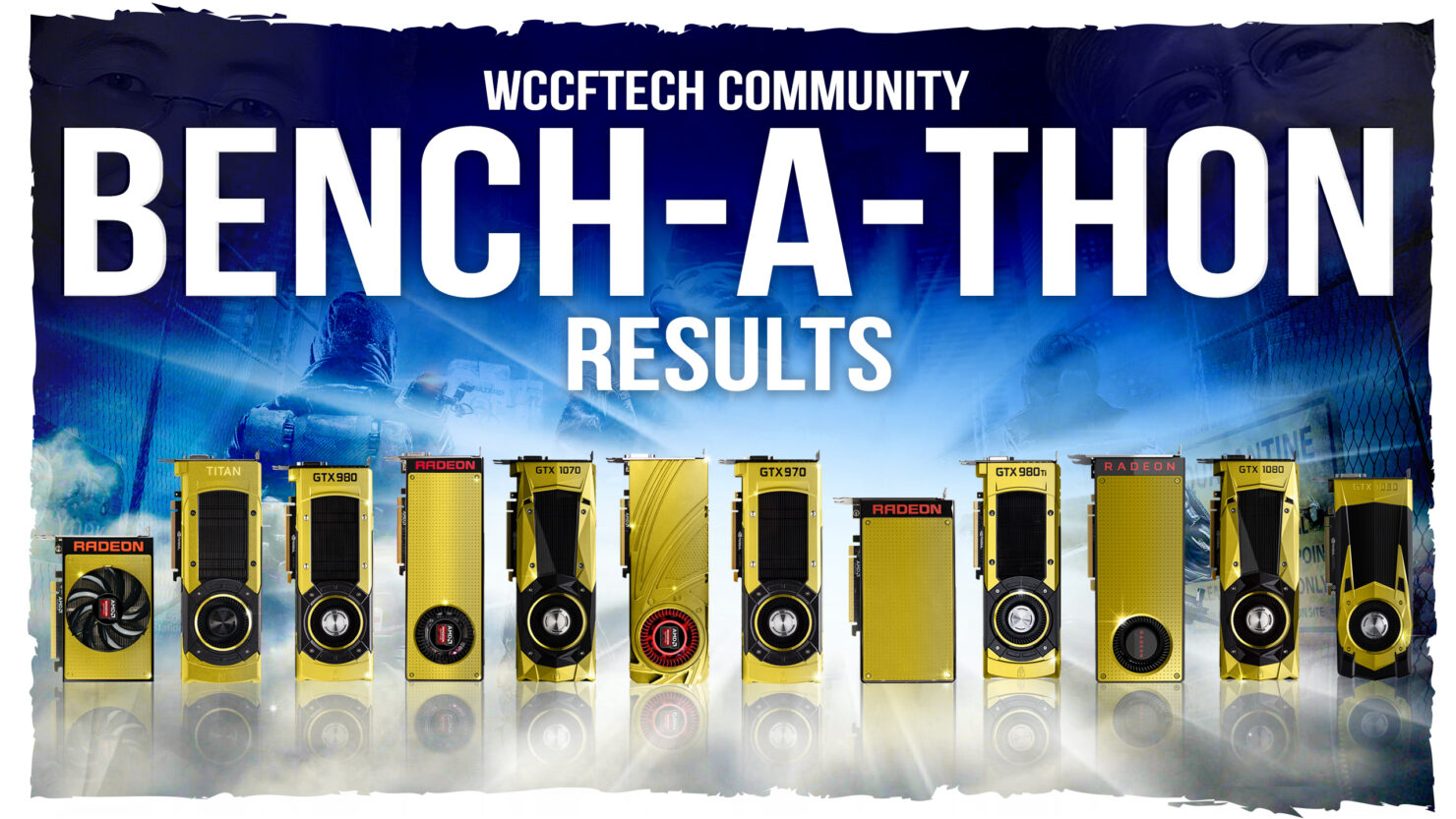 With the holidays out of the way, I bring you the long awaited results of the Wccftech Community Bench-a-Thon: The Division Free Weekend Benchmark.  As always, thank you to all who participated.  As with our last Bench-a-Thon, the data is accessible via the links in this article.

Bench-a-Thons are for funzies.  They are done in uncontrolled environments with countless variables, like clock speed, hardware configurations, thermals, etc...  The Bench-a-Thon is also “opt-in...” like steam surveys. So it really doesn't fully account for the entire pool of Wccftechians with PCs.  The data here is community derived by nonprofessionals just having a good time measuring each others epeens. Therefore, it should not be used to compare with other benchmarks found across the web that WERE done in controlled environments.  The results here do however, demonstrate some of the best case (Max OC on GPU) scenarios in this specific built-in benchmark.

I’ll write this in key points, as I truly believe it will more likely be read that way.
-Added CPU OC to CPU column.
-GPU brands are sorted by color
-Average FPS is orange
-Added Average CPU % because I was curious how the cheaper CPUs would perform
-Link to user’s screenshot
-Many AVERAGE FPS cells have notes, mostly concerning API used and comparison between dx11/dx12

As it is/was my intention to keep this a community event, I’ve decided NOT to fill this article with graphs, trends or conclusions. Rather, I’ll let the community do that.  The data is there so let your creativity flow. Do your best think up some of the most basic and/or unique comparisons and correlations. Surely, our wonderful community is capable of dreaming up some great graphs. I imagine they will be quite interesting.

On Wccftech and throughout the lesser green pastures of the internet, an epic battle is being waged.  A battle fought by the many brave volunteers, dedicated by mind, body, and soul.  Willing to fight through thick and thin, these resolute warriors will march through the deepest, darkest bowels of the internet and defend their champion’s glory.
Although the true nature of this battle has been lost over time, one common theme has managed to persevere throughout time; who has higher numbers?  Be it the amount of SKUs, the MSRP, temperature, wattage, vram gigabyte count, clock speed, market share, and most importantly of all, numbers on a benchmark.  The GPU generals of this great internet do love seeing the numbers speak in their favor.
So I present you, my fellow Guerrillas of Graphics, with some data charts that have high numbers. Do with it what you may. 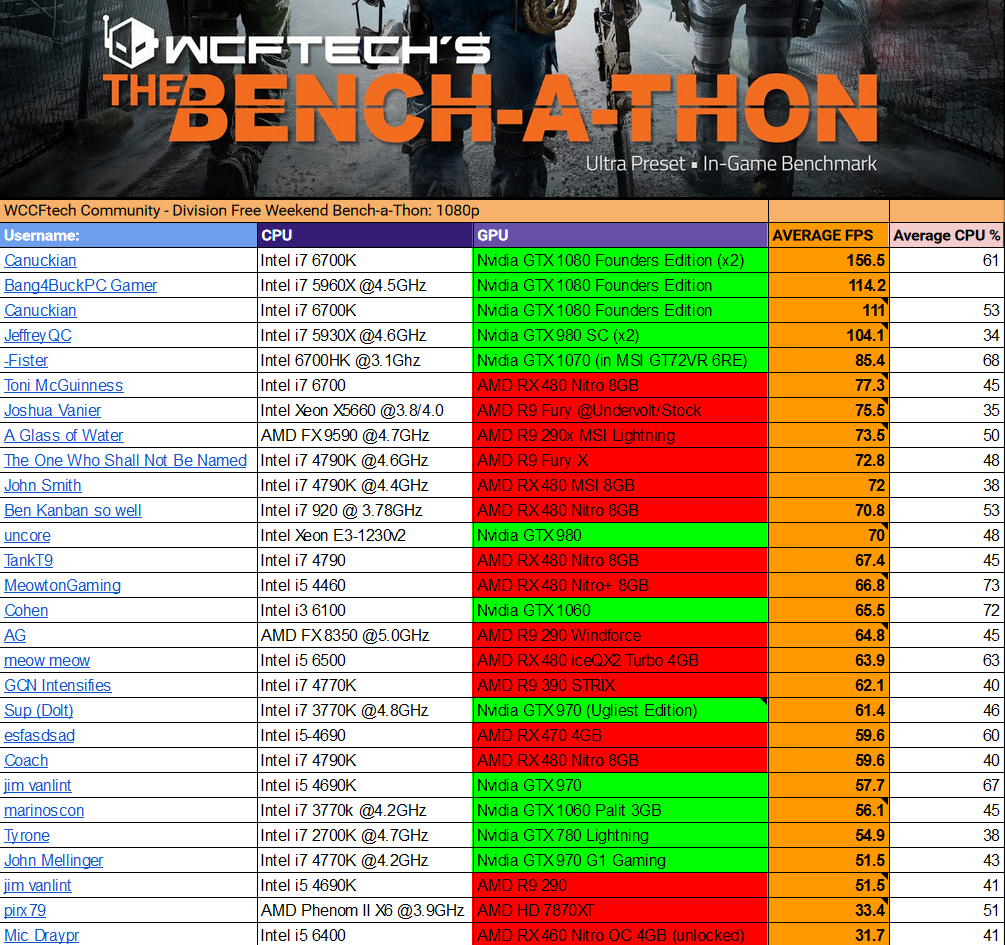 a bit of green in a sea of red 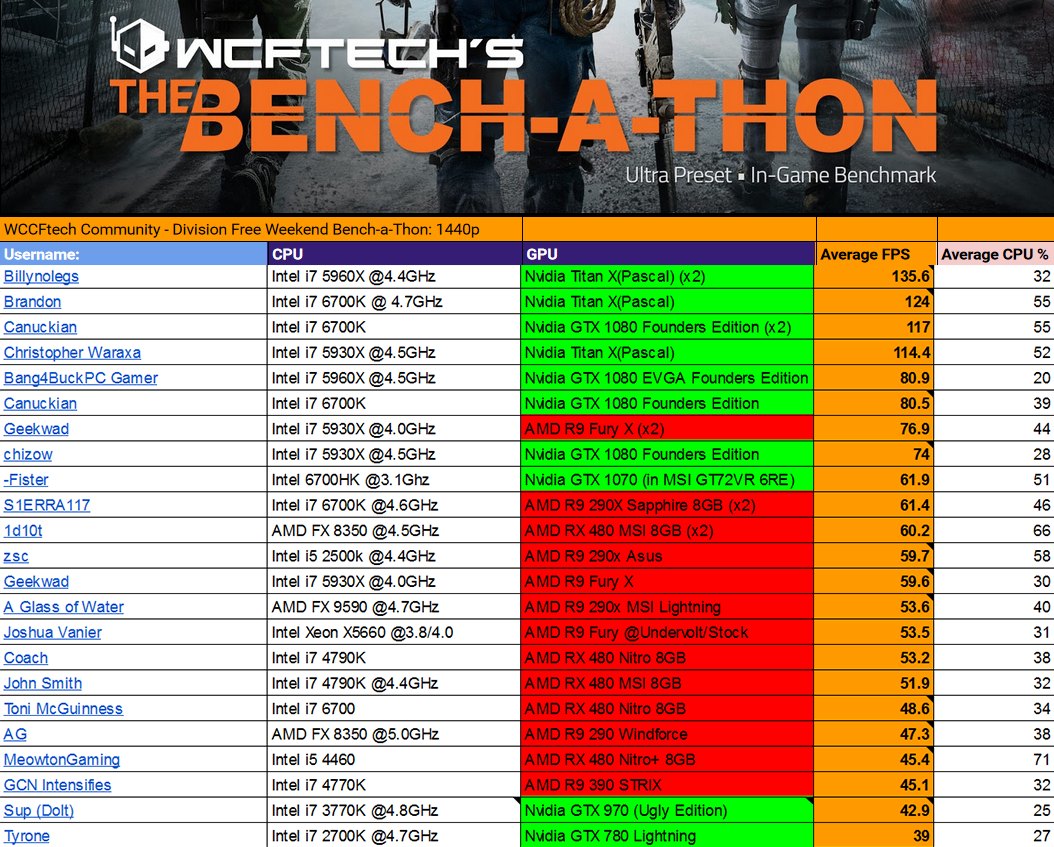 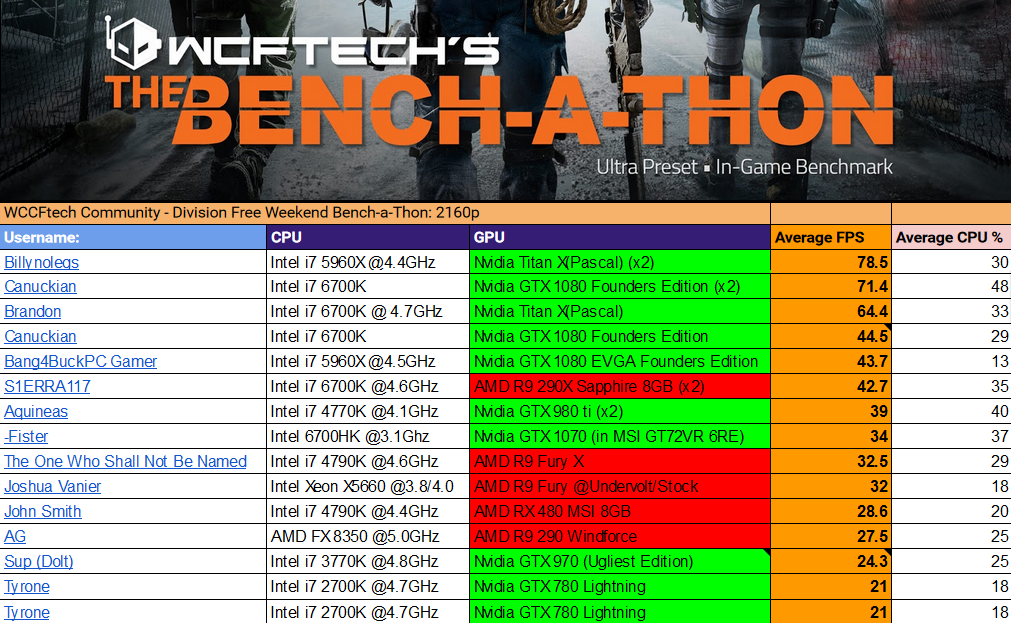 And so it is, another Wccftech Community Bench-a-Thon concludes. As more opportunities arise (like free games and/or games with benchmarks), I'll be sure to host yet another Bench-a-Thon. Until then, expect more fun community events that everyone can take part in.  Please feel free to pass along any creative ideas.

And now, your moment of RyZen.