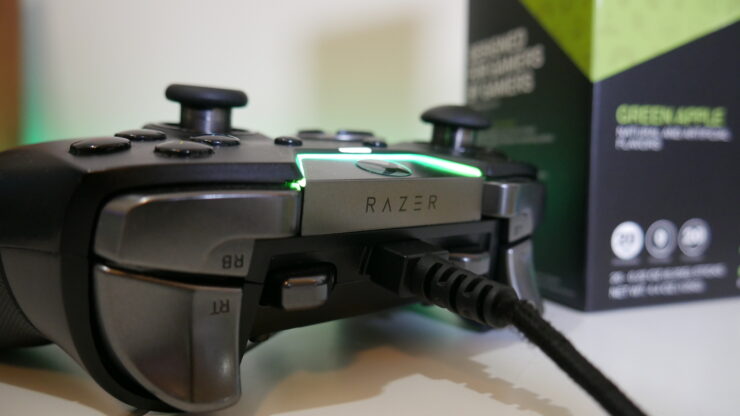 First off RESPAWN is a new brand, a sort of spin-off of Razer, but the idea is 100% Razer. It started off way back in 2010 as an April Fools joke as Razer Venom and then got a V2 last year, but in 2019 we're getting the real deal.  RESPAWN has referred to these drink mixes as "Mental Enhancement" drinks and not energy drinks and want to be very clear about that and they have steered clear of heavy sugar content and taurine.  It is a sugar-free soft drink mix that relies on ingredients like green tea extract, choline, B vitamins, and my favorite, 95mg of caffeine to really get you alert.  They will be shipping in the 4 flavors they sent over for us to try out: pomegranate watermelon, blue raspberry, tropical pineapple, and green apple. 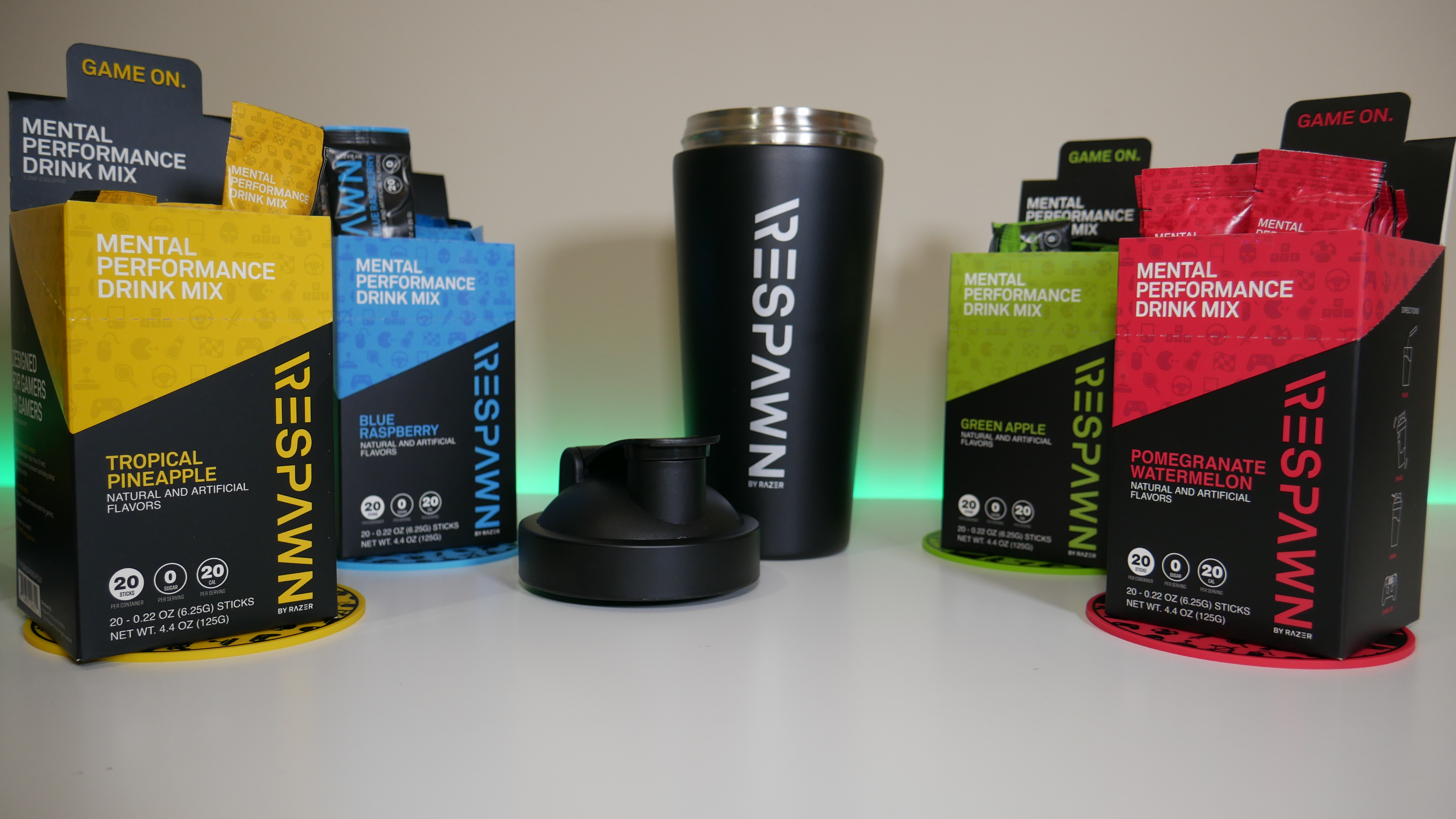 But before we get into our impressions of the shaker and the flavors we wanted to share their story of how RESPAWN came to be as it is a bit amusing:

At the same time, internally at Razer, the potential of such a beverage was already being explored although such explorations were limited to a very small group of passionate individuals within the company.

The same team was behind Project Venom, which was launched as an April Fool’s joke in 2010 and it was a viral sensation. So many fans shared their enthusiasm for such a product that the internal team saw more and more members join their cause within Razer. Development and testing began.

The team spent the next period testing and evaluating all available energy drinks and formulations, concluding that many were directed at providing more physical energy, and so resulted in physical crashes after the intense energy-high, as opposed to being more focused on the mental alertness that is required of esports athletes and gamers.

The ultimate goal for RESPAWN was then aimed at making a beverage to deliver alertness and focus without the drawbacks of high contents of sugar or taurine (which are commonly found in energy drinks). In late 2017, testing within the gaming community began and what was once a community-driven passion play became standalone spin-off committed to improving the gamer ecosystem further.

RESPAWN is now a standalone spin-off from Razer, with a dedicated corporate entity and team focused on bringing mental performance to the gamers out there.

RESPAWN sent over a kit to try out that included the four flavors and the shaker, there were also some silicone coasters in there to spruce things up a bit.  I'm not certain if they'll sell this kit or if it was just something sent out to press and media, but it could make for a nice gift idea if they do.

The RESPAWN shaker they have branded with the kit is really well constructed, it's metal and insulated but doesn't do the greatest job keeping the contents cold for very long.  It handles chilled temperatures for longer than it'll take to drink a 20oz mixture but if you're hoping that the $29.99 shaker can be taken with you as a tumbler to help kick that afternoon lul then you'll just need to plan on filling it with cold water and making the drink on demand rather than holding up for the day.  That said, it's still very nice and the top uses a swirling strainer to help chop up the mix rather than relying on a ball inside to mix things up, nice move on that one.

For now, RESPAWN has 4 flavors to choose from: pomegranate watermelon, blue raspberry, tropical pineapple, and green apple.  They come packed in 20 per case and are $24.99 which breaks down to about $1.25 per drink.  Compared to similar competing products at about a dollar or two more per box of 20, this isn't a bad price at all, in fact, it's quite competitive.  Each stick is .22oz making it easy to fit in pretty much any location you want to store it for on the go use.

Just looking at the flavors this one was the one I wanted to try the absolute least.  I'm not a fan at all of the pomegranates and I don't care how super of fruit it is.  But, Thankfully the Watermelon flavoring took center stage here with pomegranate coming in the end with a slight aftertaste. If this one is any indication then I expect none of these flavors to be heavy, but still a bit more flavorful than typical flavored water. 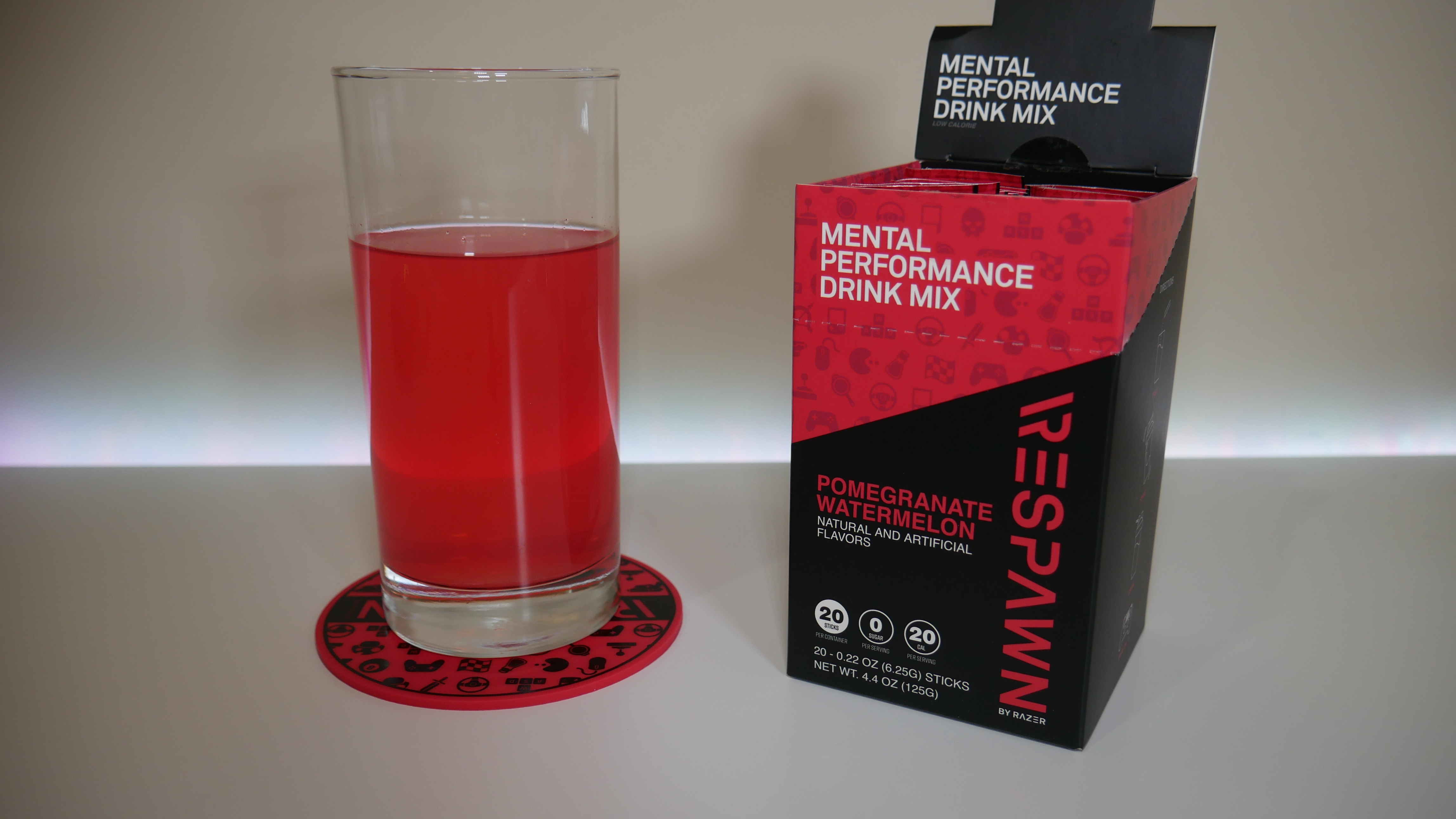 Okay this one had my attention and upon the first try, the water wasn't very cold and it tasted like coconut water at best with a hint of pineapple.  The next round was with ice cold water and it was really, really good.  It wasn't as sweet or tangy as full-blown pineapple would be but it was a very tropical and subdued flavor.  When paired with ice cold water this one was my favorite. 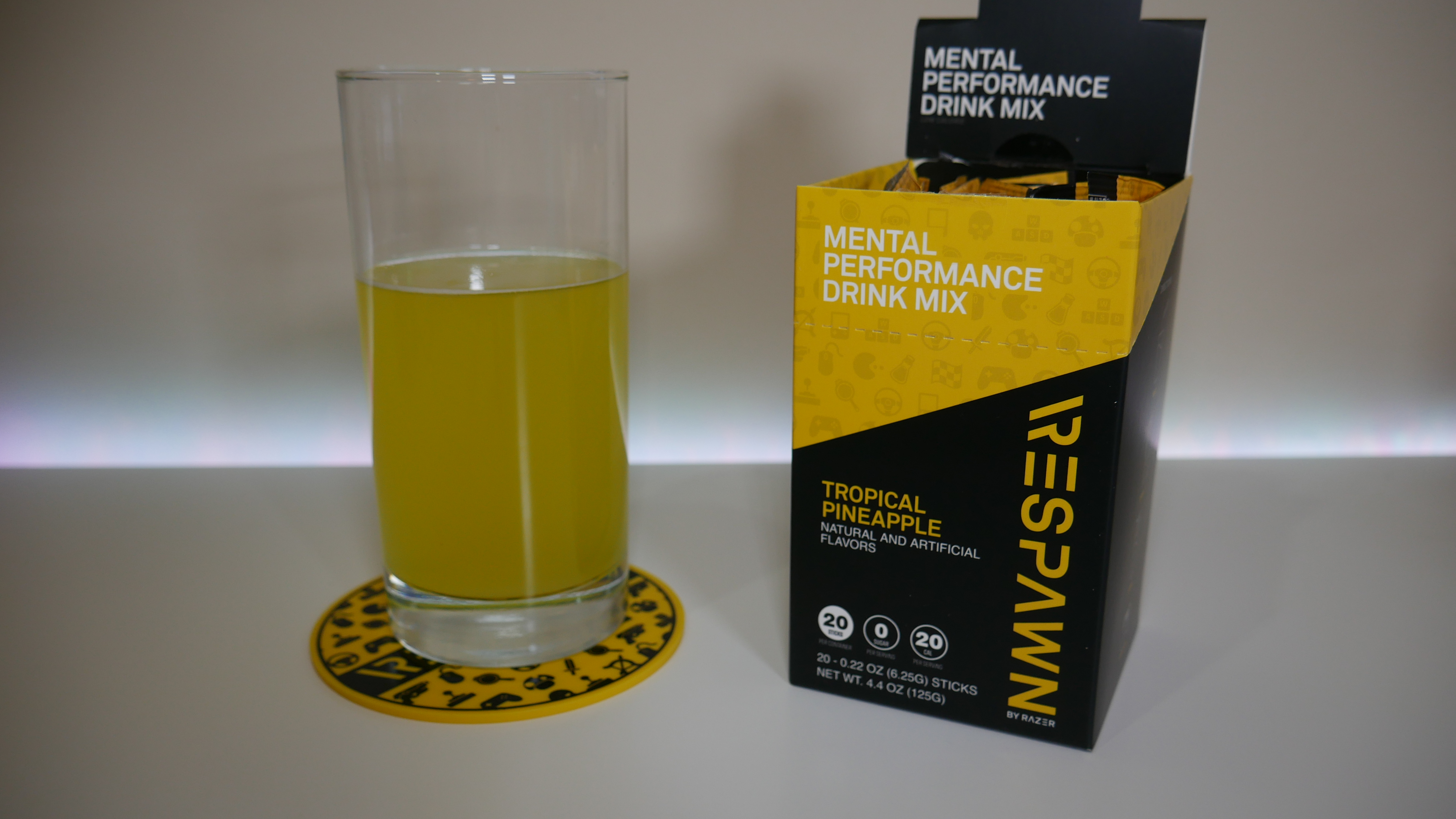 I've been a fan of green apple flavored drinks in the past, Hawaiian Punch Green Apple coming to mind as one of my top picks. This one leans toward the sour side of the green apple, not full-blown sour, but will make you pucker a bit.  While I won't say it wasn't good, the Green Apple ranks the lowest on my personal scale of the four flavors we had. 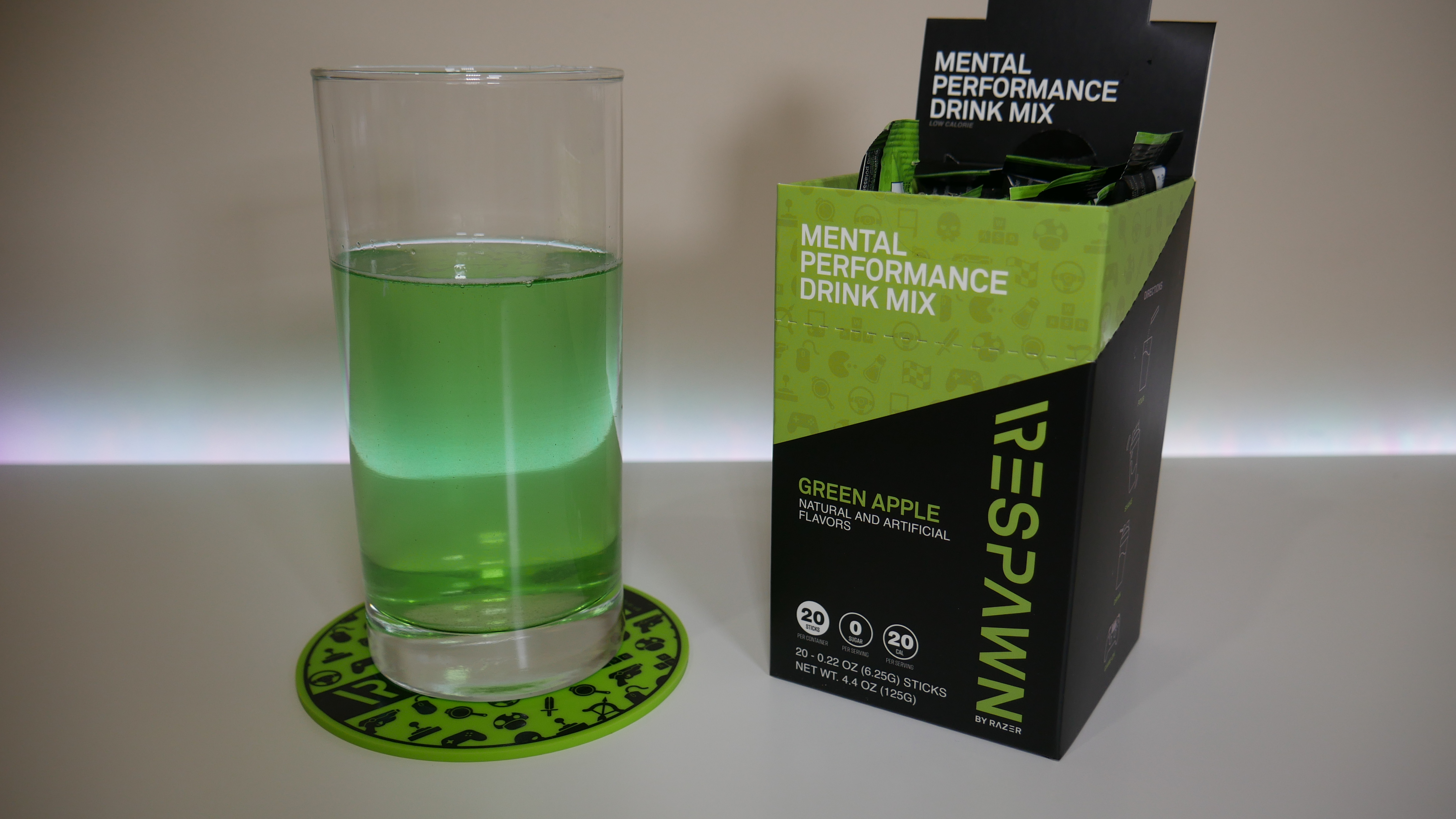 This is likely the safest bet for people to try out first.  Blue Raspberry is a very inviting flavor and tastes very familiar so you almost know exactly what you're getting into.  I really don't know how else to describe the most generic of the flavors.  But if you want to try one of these drinks to see how the effects are without too much worry then this one might be the way to go. 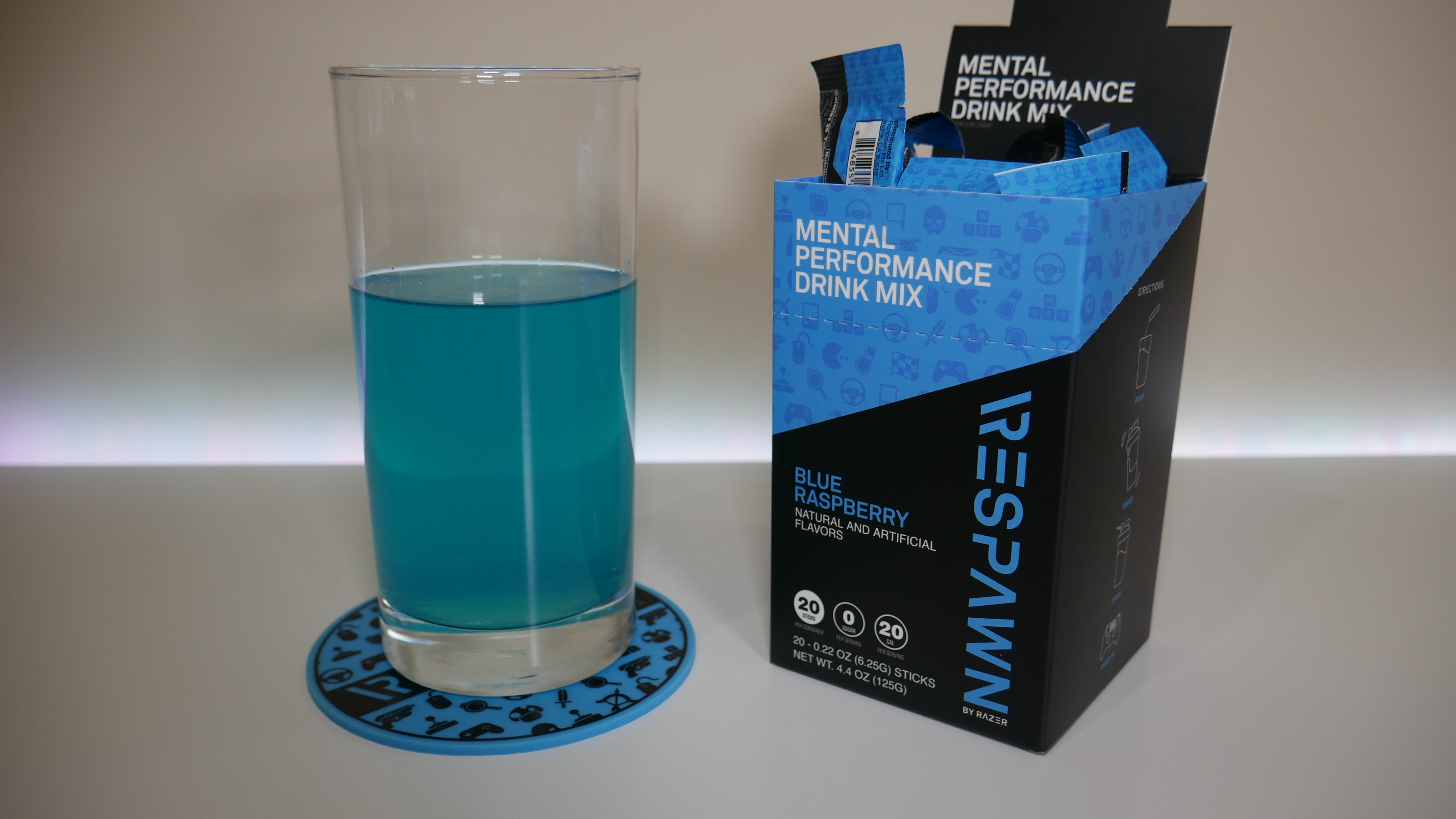 I never expected to be writing an announcement about drink mixes, but here we are.  At first glance, I was a bit set back by the prices until I started looking into the drink market targeting gamers and looked as some prices down at the local GNC and found that they are more than reasonable.  I didn't realize until after my daughter drank half a glass at 8 pm while we were trying different flavors that there was so much caffeine in them, so that was fun.  But I can say that the effects of the drink are noticeable and the lack of heavy use of sugars that 'energy' drinks rely on make this a welcome alternative to those and simply wakes you up in the afternoon.  Here at my house, we've decided to re-up when the stock is depleted, but not sure if the Green Apple will get another round here.   But for those wanting to pick up their own, RESPAWN can be picked up over at the Razer store (www.razerstore.com) or on Amazon. 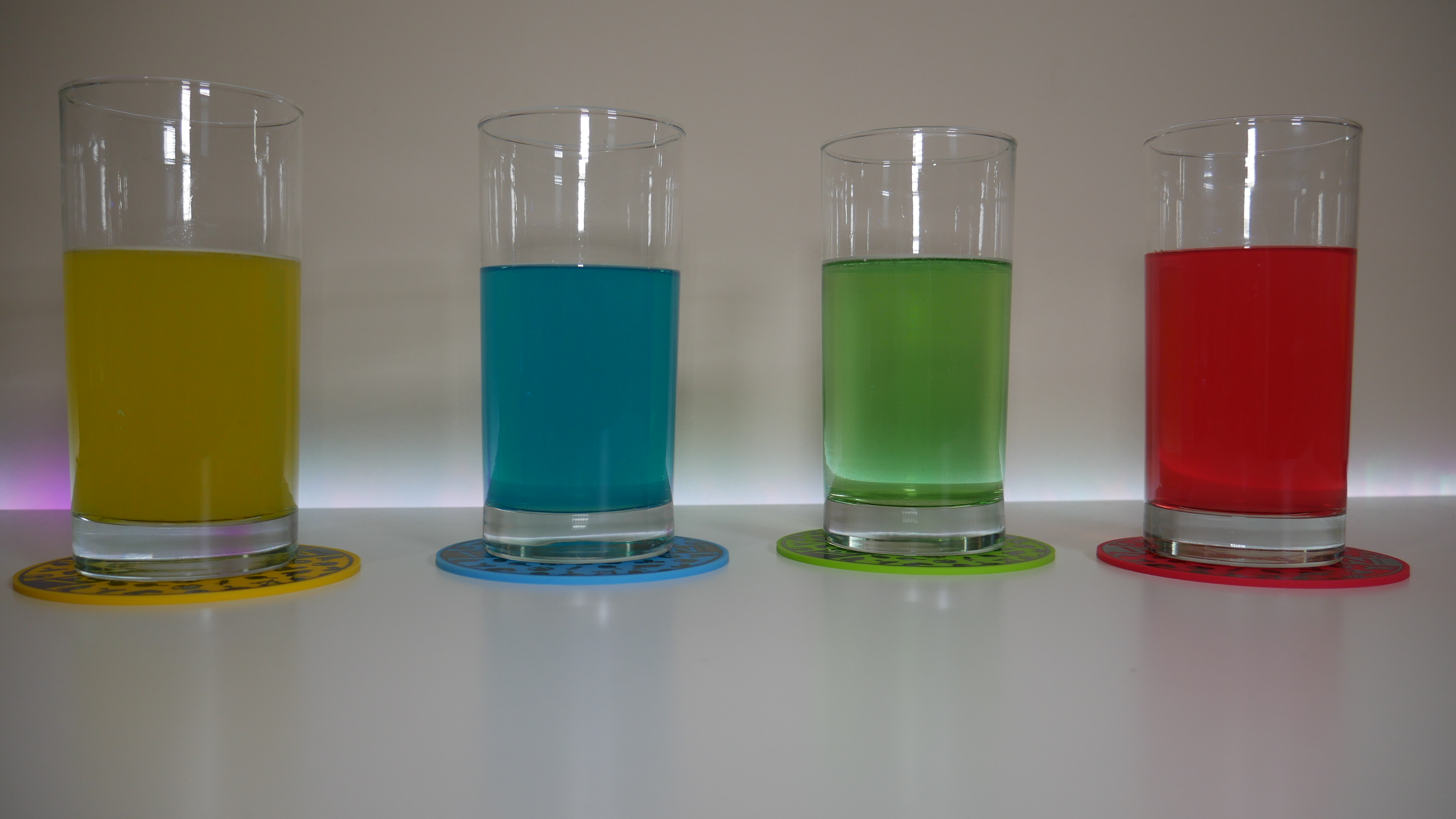