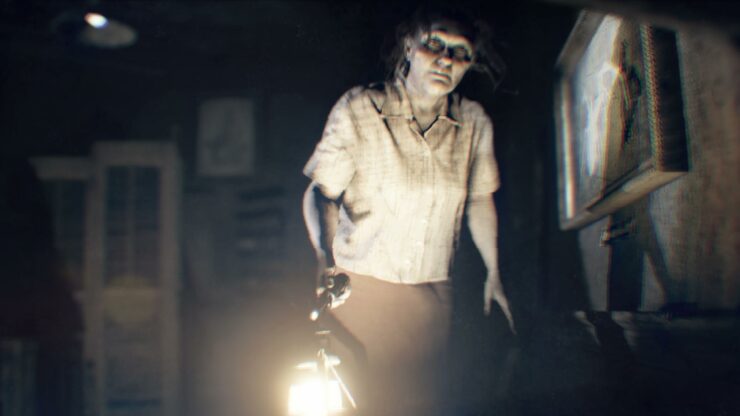 Capcom shared three new videos of what's gotta be the worst dinner party ever in Resident Evil 7: Biohazard, bringing you up close and personal with members of the Baker family. For your convenience, we have merged the three videos into one that you can watch below.

The game's main character, Ethan, is being stalked by different members of the savage and mental Baker family.

The first part has Ethan on the run from one of the Baker's shovel-wielding crazy kin. A dinner table gets destroyed and it seems like walls won't be able to hold this guy (which might remind Resident Evil fans of a certain Nemesis). Even bullets or fire don't quite stop him as you would expect. It looks like you'll need to just simply escape the Bakers before eventually finding a way to stop them, once and for all.

The second part focuses more on exploration in a creepy old mansion equipped mysterious phone calls and a wet basement that really feels like classic Resident Evil. There are even proper (hopefully killable) zombies that attack you here.

The last portion of the video shows off puzzle elements and some light cranking action. A new Baker also appears with the strange ability to control what looks like locusts. The new first-person camera makes things like being showed down a flight of stairs seem extra painful. I can only imagine what this looks like in PSVR.

Last week we learned a bit more of RE7's gameplay mechanics, such as being able to drive a car in the first boss fight which could explain the end of video one. Weapons like a knife, handgun, shotgun, magnum, flamethrower and chainsaw have also been confirmed at this point, much to the relief of Resident Evil fans everywhere.

Resident Evil 7: Biohazard is due to launch on January 24th, 2017 on Playstation 4, Xbox One, and PC. In case that normal RE7 isn't scary enough, PlayStation 4 gamers can always play the whole thing with the PlayStation VR headset.