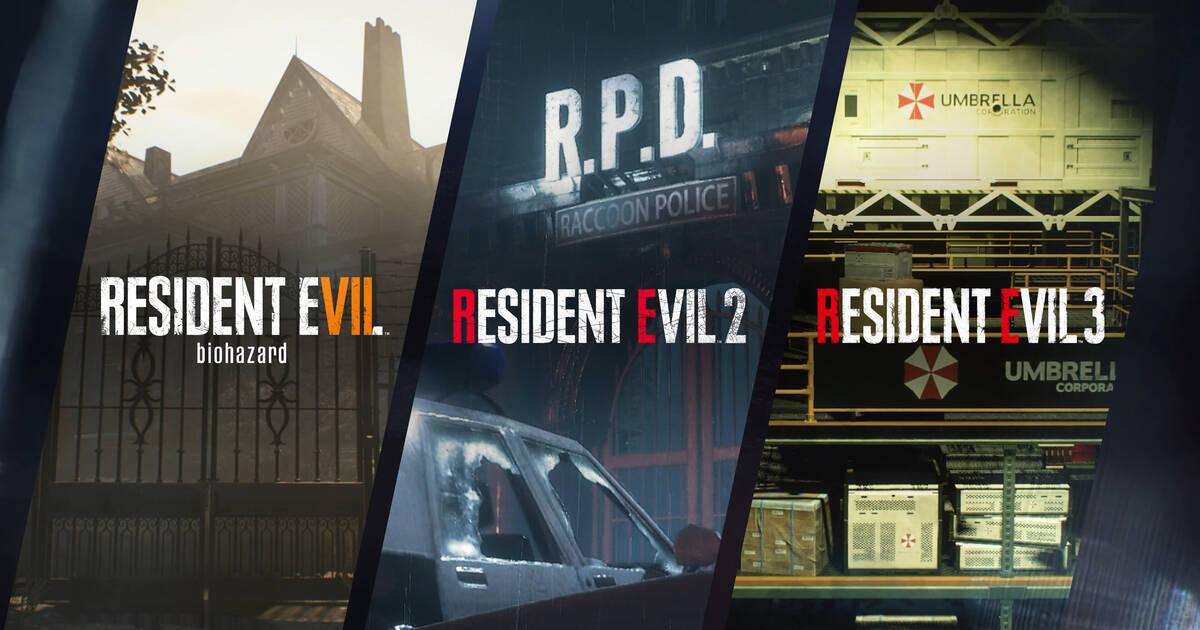 [UPDATE] CAPCOM has reactivated the previous versions of these Resident Evil titles due to popular demand, and both will be available going forward.

Please follow the steps below if you wish to roll back to the previous versions of Resident Evil 2, 3, and 7.

1. Click LIBRARY in Steam client.
2. Right-click the game and select ""Properties...""
3. In the pop-up menu, select ""BETAS""
4. From the pull-down menu, select ""dx11_non-rt"" (Note: password not required)
5. Close the pop-up menu and let the Steam client auto-update the game
6. You should be able to launch the game normally once the update completes
7. Please note some of the in-game option settings will be reset as a result of the rollback process.

If you would like to update the game to the new version again, simply select ""None"" from the pull-down menu in Step 4 above.

[ORIGINAL STORY] Recently, the remakes of Resident Evil 2 and 3 as well as the newer entry in the series Resident Evil 7 saw a graphical upgrade that came in tandem with a next-gen update for consoles. Console owners were able to freely upgrade their Resident Evil games thanks to Smart Delivery. Unfortunately, this upgrade doesn't come without its downsides.

Wccftech often tackles high-end equipment and gaming accessories. However, a lot of users aren't able to afford such high specifications. Unfortunately, this new upgrade for the latest Resident Evil games has also come with increased minimum and recommended specs. In other words, this means that low-spec users will find themselves having trouble adjusting to these changes.

Additionally, the games are now running exclusively on DirectX 12. While this means that this is great for Ray Tracing and other neat graphical features, it also means that older Windows support and compatibility with many mods (including popular VR ones) is gone. Much like it was said before, it also means that you cannot roll back once you installed the update.

So, how do you prevent this? Well, the only way to do so is to basically prevent the aforementioned Resident Evil games from being updated automatically by disabling the option to do so on Steam. This also means that you have to downright pray that the game doesn't get corrupted in your hard drive because if it does that would mean reinstalling which would have to use the updated version of the game.

This goes back to a very real issue surrounding game preservation. A more prevalent problem that has become increasingly harder to ignore for the gaming community. It would be better if Capcom allowed the game to run with whatever DirectX instance the users want but for now, we'll have to wait for Capcom's statement surrounding these newly released versions of Resident Evil 2, 3, and 7.