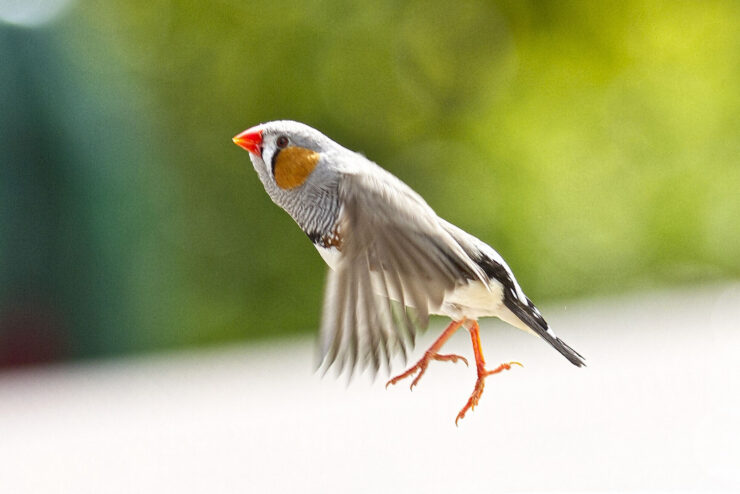 We have finally solved the mystery about how birds navigate. It was originally believed that the iron in their beaks provide a magnetic compass. Scientists found out that this is not actually true. They discovered a protein in the eyes of the birds that allows them to see the Earth’s magnetic fields. This discovery was thanks to two new papers, one that studied robins while the other studied zebra finches.

The protein called Cry4 belongs to a class of proteins called the cryptochromes. These are basically photoreceptors found in plants and animals. They are involved in the regulation of circadian rhythms. Evidence collected over the years also suggests that these proteins maybe involved in helping the birds orient themselves by detecting magnetic fields. This sense is called magnetoreception.

Now, we know that birds can only sense these magnetic fields if certain wavelenths of light are available. To be specific the proteins are sensitive to blue light. Blue light is essential for this magnetoreception to take place. There is a possibility that the proteins detect these fields because of quantum coherence.

To understand this phenomenon, two teams of scientists set to work. Researchers from Lund University in Sweden studied zebra finches, whereas, researchers from the Carl von Ossietzky University Oldenburg in Germany studied European robins. The Swedish team measured gene expressions of 3 proteins, Cry1, Cry2 and Cry4. They presented the hypothesis that the proteins associated with magnetoreception will maintain constant reception on the circadian day. The results showed that the Cry1 and Cry2 fluctuated on a daily basis, whereas, the Cry4 presented constant levels. This made this as a very likely candidate for magnetoreception.

A long way to go

Some other things that they found were that the Cry4 is present in a cluster around a region in the retina. This area receives a lot of light. They also found that the robins have high Cry4 during the migration season. Both teams said that further studies are still needed to confirm that this protein is truly responsible for navigation. Cry1 and Cry2 could also be solid candidates in magnetoreception. The results are very convincing no doubt, but further research can make the case more definitive.

Razer Gaming Accessories Are up to 32 Percent off on Amazon, but Only for Today