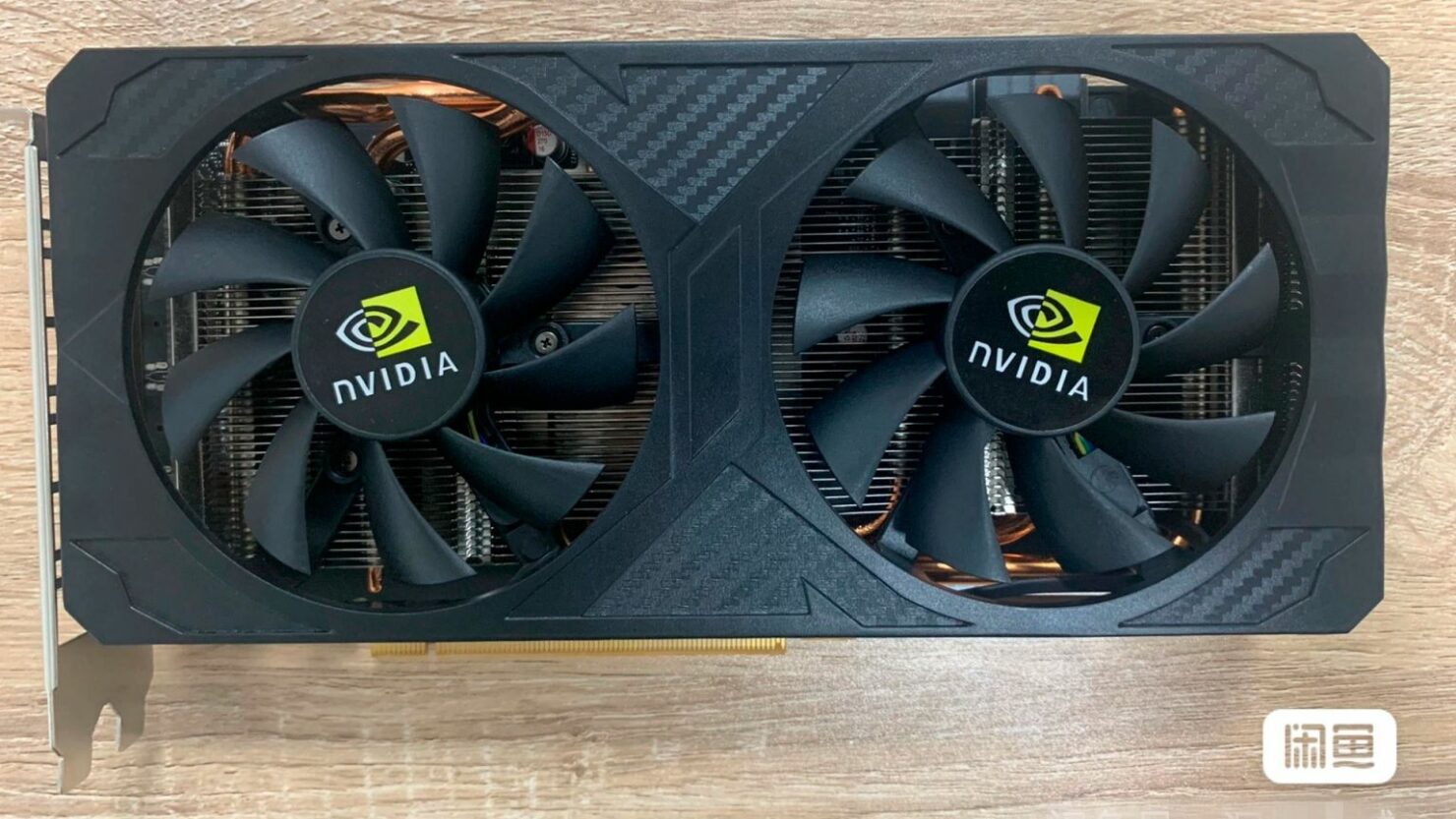 For crypto mining, a Chinese OEM has repurposed GeForce RTX 3060 6 GB Mobility GPUs into desktop-grade graphics cards. The same company sells these repurposed cards individually and in batches to miners. It is currently unknown if NVIDIA has approved this redesigning of their laptop GPUs. Website CNBETA does report that this practice has been active for some time.

NVIDIA's GeForce RTX 3060 laptop GPUs provide a more impressive hash rate for crypto mining than their desktop variant. Laptops are never used for crypto mining in general, so to use these cards and embed them in desktop RTX 3060 GPUs is interesting. The LHR, or Lite Hash Rate algorithm, was not implemented into the series.

Initially, NVIDIA had plans for 6GB variations of the GeForce RTX 3060 desktop series but did not utilize their laptop GPU inside the card. The OEM also places fabricated NVIDIA logos onto the new cards, showcasing a unique backplate, one HDMI output, and a dual-fan cooling technology. The crypto mining cards appear on several Chinese websites sold for as much as $570 in batches. It is also reported that the cards can connect up to nine cards total for efficient mining.

Mining software does show that the GPU utilized in the mining rig to be NVIDIA's GeForce RTX 3060 laptop card, offering 3840 CUDA cores, 6 GB of memory, and 50 MH/s of Ethereum (ETH) hash rate. The desktop option of the same series offers slightly less in cores (around 7% less) and is approximately 38% lower than their laptop brethren that do not have the LHR enforced.

NVIDIA has had their hands full this last week with the hacking of their corporate systems and malware issues in code-signing of certificates, so the company is appearing to be slow to eliminate the sales of these repurposed and fake GPUS from happening. However, with the Chinese OEM selling a 6GB version of the RTX 3060, even if it is the laptop GPU in a desktop framing, it may cause the corporation to release a compony condoned GeForce RTX 3060 desktop graphics card with 6GB of memory.