How To Replace Numerical PIN With Picture Passcode On iPhone

Here's how you can replace the old fashioned numerical passcode with a picture passcode on iPhone. The new method ensures more security while also boosting the overall look of your lock screen. 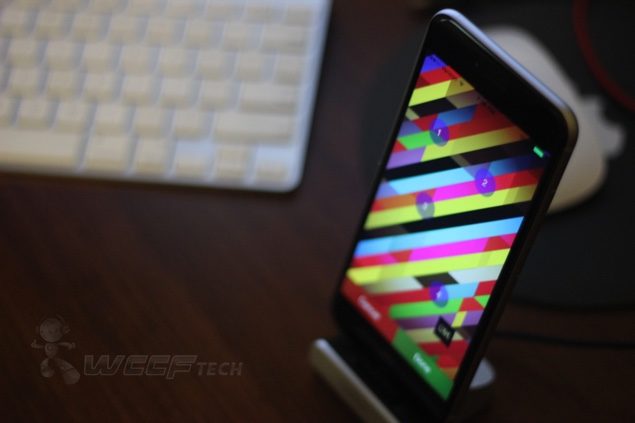 The good old numerical passcode has been a key feature of iOS for a long, long while. But over the passage of time, Apple has done very little to enhance it in any major way possible. But with iOS 9, Apple has introduced 6-digit passcodes, slightly boosting the security credentials of its mobile operating system. But on the aesthetic front, the company has done very less. But with a new jailbreak tweak, aptly called 'Picture Passcode,' you can replace the usual numerical passcode with a one that involves an image to be played around with, before getting full access to your iPhone.

The way Picture Passcode works is pretty simple. You install the tweak to get things into action, and then from the settings panel of the tweak itself you select a picture you want to use as a passcode. You then tap a number of times on different locations of the picture itself, creating a pattern which you have to recreate every time you want to unlock your iPhone. It really doesn't get any simpler or swift than this. 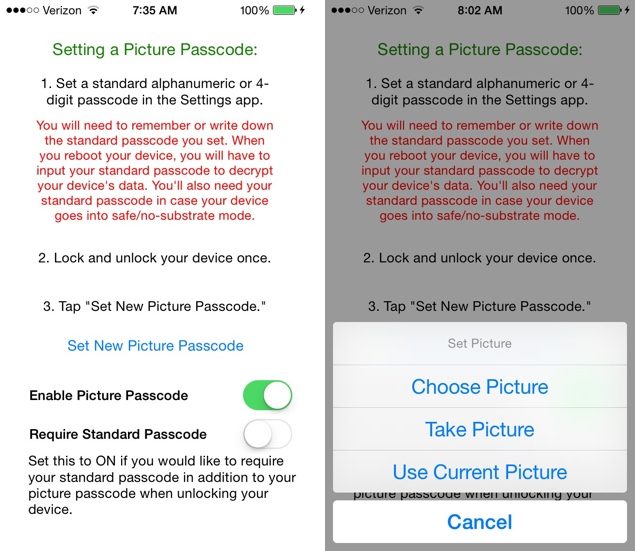 In case you're wondering, Picture Passcode does not completely replace the numerical passcode on your iPhone, and users have the option to use Apple's implementation alongside the jailbreak tweak, further enhancing security. Point being, if an intruder does break through one wall, then he won't be able to barge through the other.

The tweak works very elegantly and we really wish Apple implements this feature natively in a future release of iOS, but till then we have Picture Password to mull over on our jailbroken iPhones. 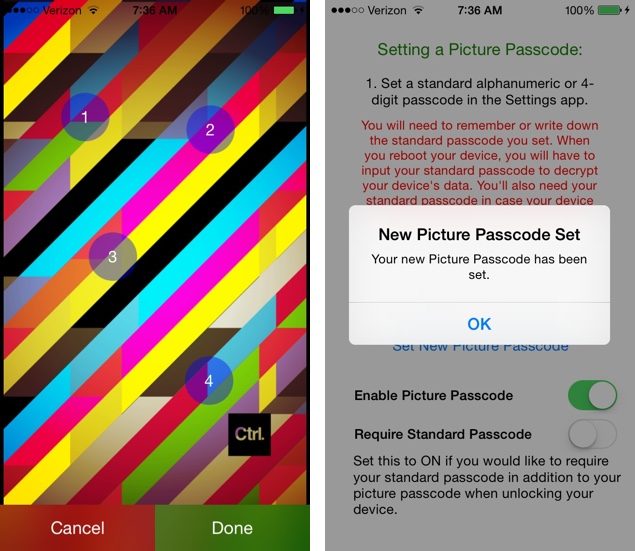 Picture Password costs $1.99 and is available to download directly from the BigBoss repo in Cydia. The price might sound a little steep for some users, but given the functionality the package brings to the fore, then the asking price is fully justified.

If you have a jailbroken iPhone, then we highly recommend that you give Picture Passcode a shot, at least once. We're pretty sure that a lot of users will be sold to the idea as we move forward. And all we can do is hope for Apple to bring this feature to iOS natively, but we're certain that won't happen before iOS 10 at least.