The reference design of the AMD's Radeon HD 6870 has finally been leaked. Also some details of the card have been revealed which show that the Radeon HD 6800 series is built around the "Barts" GPU, not "Cayman". Barts is the new performance GPU from AMD Radeon although its not listed in High end Segment which has been reserved by the Cayman GPU's. The two variants of the Barts include the Barts "XT" is Radeon HD 6870, and Barts "Pro" is HD 6850. Also it can clearly be seen from the design below of the 6870 that it will be as long as the reference design of 5850. 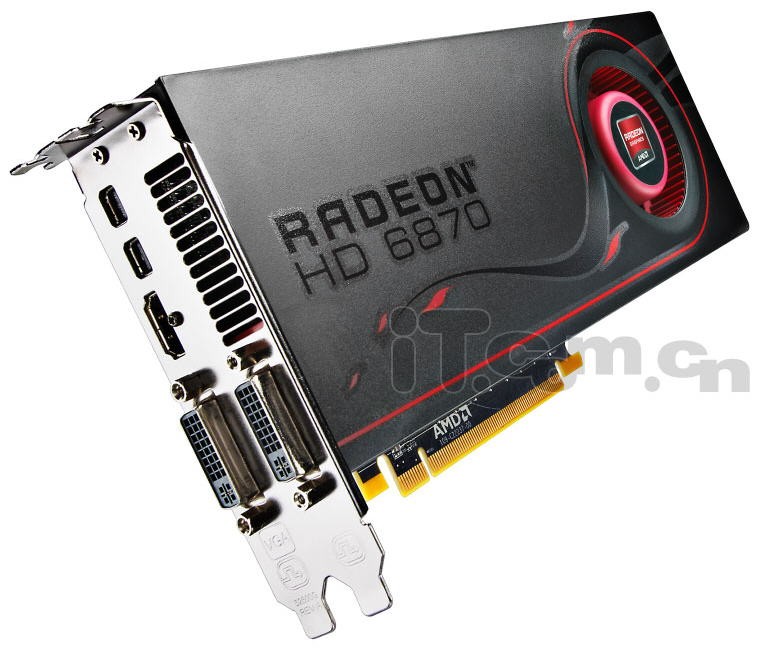 logo. Also the rear panel also looks quite similar to the 5850 except the exhaust grill is a bit wider and the display ports include two DVI-I connectors, one standard HDMI

, and two mini DisplayPort connectors. An Eyespeed feature is also to be included in the card which means that the ports might be replaced with 4-5 eyefinity ports. More details to be revealed later on. 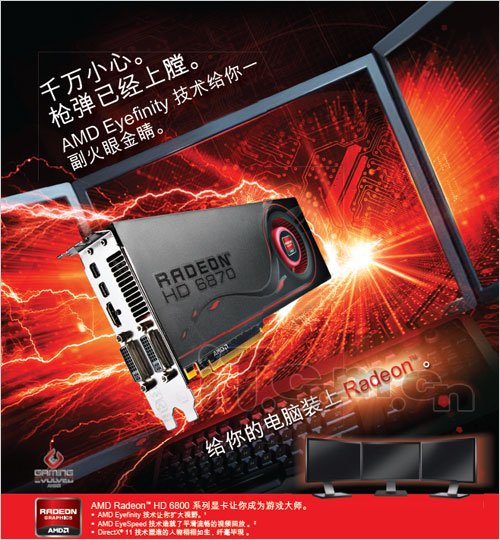 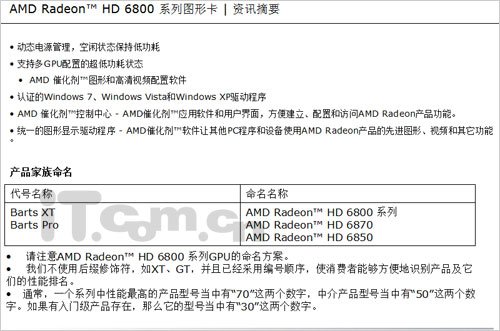