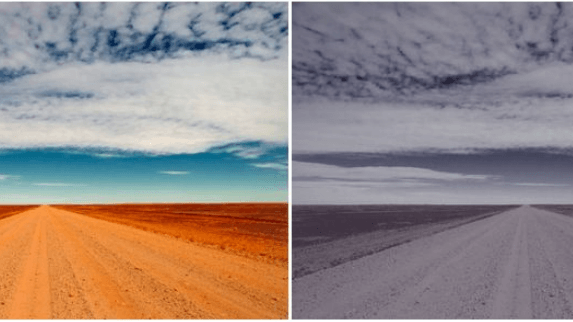 Every other day we see posts on social media about depression. We know what it is and what happens when people get depressed but somehow many sufferers never really obtain a formal diagnosis. According to the UK mental health charity Mind, depression affects 3.3 in 100 people. The next question being raised now is that whether technology can play a part in this diagnosis or not.

A research paper in EPJ Data Science by Andrew G Reece and Christopher M Danforth looks into the possibility of Instagram usage patterns indicating something about depression. Both these academics used machine learning tools and analyzed almost 44,000 Instagram posts from 166 individuals. For their research they analyzed aspects like color usage, metadata components and face detection.

Other studies have indicated that depressed individuals prefer dark colors. Reece and Danforth found that people who are depressed tend to view the world as gray or lacking in color. The researchers also evaluated individual’s social life using Instagram. It was expected that people who suffered from depression are less likely to socialize. A face detection algorithm was used to track number of human faces in the pictures. The number of ‘likes’ and comments were also evaluated.

Another factor taken into consideration was posting frequency. People with depression are less likely to document their life on a social media app. It seems that these factors turned out to be reliable markers for depression. According to Reece and Danforth:

Photos posted to Instagram by depressed individuals were more likely to be bluer, grayer, and darker, and receive fewer likes. Depressed Instagram users in our sample had an outsized preference for filtering out all color from posted photos, and showed an aversion to artificially lightening photos, compared to non-depressed controls.
Depressed users were more likely to post photos with faces, but they tended to post fewer faces per photo. This finding may be an oblique indicator that depressed users interact in smaller social settings, or at least choose only to share experiences of this sort on social media. This would be in accordance with previous findings that reduced social interactivity is an indicator of depression.

This particular model turned out to be better than general practitioners (GPs) who diagnose this health condition. Reece and Danforth said that their findings support the idea that depression can be diagnosed using social media. They argued that if the data on the social media app is used in an ethical manner, it can be used to diagnose patients.