An image that appeared on Xbox Arabica, might imply that Red Dead Redemption will be added to the Xbox One's Backwards Compatibility list.

Please take the following with a grain of salt, as nothing has been officially confirmed. As said, the image surfaced on the Xbox Arabica forums, and was uploaded to IMGUR as well. We don't know if the visual is legit or that it has been edited in some way.

If correct, we might well be looking at Red Dead Redemption for the Xbox One via the console's Backwards Compatibility feature. 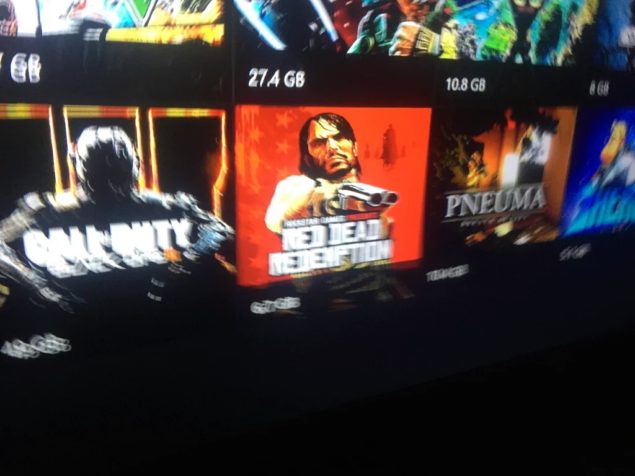 Back in November, Microsoft explained why Red Dead Redemption wasn't available via the BC feature.  According the company's program manager, Richard Irving, it has something to with licensing issues.

"After the technological breakthrough that got backwards compatibility working, the next step was to figure out how to license all this content, originally released on Xbox 360, for Xbox One," Microsoft engineer Richard Irving told Eurogamer. "As you can imagine, publishers have cut very specific deals on some of that content. For example Madden--you can imagine how many licenses go into a game with the players, the NFL, sponsors, and so on. And there's over 1000 games at this point on Xbox 360."

Red Dead Redemption is one of those titles that fans want to see appear on their Xbox One. Let's hope that Microsoft and Rockstar finally found a way to license this beauty.

The game was first announced back in 2009, and is to sequel to Red Dead Revolver.

"The team at San Diego have massively exceeded our expectations with the sheer depth of experiences in Red Dead Redemption," said Sam Houser, Founder of Rockstar Games. "The seamless combination of breathtaking beauty and intense action, all woven together with strong plotlines in a massive vibrant, rural environment is mind-blowing. We think this game helps to push the limits of what an open-world gaming experience can be."