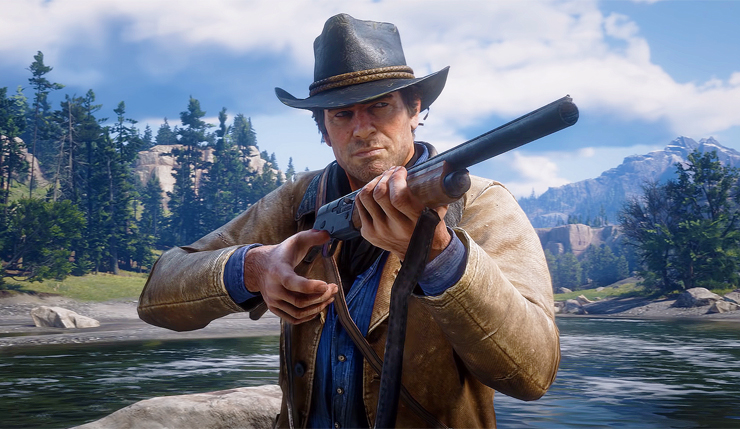 It’s level of hype surrounding Red Dead Redemption 2 is kind of amazing, considering just how little we’ve actually seen of the game. So far, we’ve only got three trailers (watch them here, here, and here) each of which has been under two minutes long and consisted mostly of cinematics. Sure, all the trailers were created using in-engine footage, but they give little hint as to how the game will actually play.

On the gameplay front, Red Dead Redemption 2 appears to have a refreshingly stripped down HUD, with only a small mini-map and the occasional dialogue options on screen. Fighting looks a bit canned, but the animations are undeniably impressive. Meanwhile, shooting has been significantly upgraded, with each weapon boasting realistic reload and recoil. Ultimately though, the most interesting aspect of RDR2 might be it’s RPG-like character interactions and camps, where you eat, sleep, socialize and play games. Hopefully Rockstar can make us care about this world as something more than just a fun sandbox.

Red Dead Redemption 2 is a prequel to the previous entry in the series, set in the late 1890s. The game casts players as Arthur Morgan, an outlaw and high-ranking member of the Van der Linde gang. Here’s a more detailed official synopsis of the game’s story:

Read Dead Redemption 2 rides onto Xbox One and PS4 on October 14. Rockstar has confirmed we’ll be getting more gameplay videos before launch, with the next one focusing on missions, activities, enemy gangs, robberies, and the evolution of the Dead Eye system. So, what do you think? Ready for some Wild West rowdiness now that you’ve seen more of RDR2?