Epic founder, Tim Sweeney, now accuses Oculus of treating games from sources as Steam and Epic Games as second class citizens. According to Sweeney, the Oculus Platform is in no way an "open platform", as developers have to "request keys" for Oculus DRM. 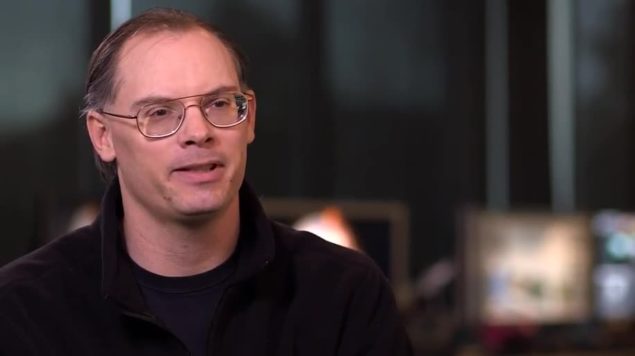 The Oculus Rift has officially launched, and while the studio head of Oculus, Jason Rubin, claims that the platform is an "open platform", some might state otherwise. Apparently, Oculus blocks apps not sold via their store from working, unless developers allow 'unknown sources'.

Following his criticism on Microsoft's Universal Windows Platforms (UWP) last month, Tim Sweeney has now taken to Twitter to express his disappointment with Oculus. According to the founder of Epic Games, Oculus is in fact, treating games from "sources like Steam and Epic Games as second-class citizens"

Sweeney continued by questioning in what possible way  the Oculus platform is an "open platform", as stated by Oculus Studio Head, Jason Rubin. According to Sweeney, this clearly isn't the case as developers have to request keys for Oculus DRM.

In what possible sense is this an "open platform"? Developers have to "request keys" for @Oculus DRM. @Polygon https://t.co/q8rzqTpIqB

His last tweet on the matter, illustrates his thoughts perfectly - an 'open' platform (sarcastic).

As said, Sweeney expressed his criticism on Microsoft's UWP last month. In an article he wrote, he urged developers to “fight” against Microsoft and their “first apparent step towards locking down the consumer PC ecosystem”.

With its new Universal Windows Platform (UWP) initiative, Microsoft has built a closed platform-within-a-platform into Windows 10, as the first apparent step towards locking down the consumer PC ecosystem and monopolising app distribution and commerce.

In my view, this is the most aggressive move Microsoft has ever made. While the company has been convicted of violating antitrust law in the past, its wrongful actions were limited to fights with specific competitors and contracts with certain PC manufacturers.

In the article, Sweeney wrote  that he felt compelled to write about Microsoft and, according Sweeney, the companies “most aggressive move” so far.

What's your opinion on Oculus and not being an open platform? Is Sweeney overreacting? Hit the comments below.