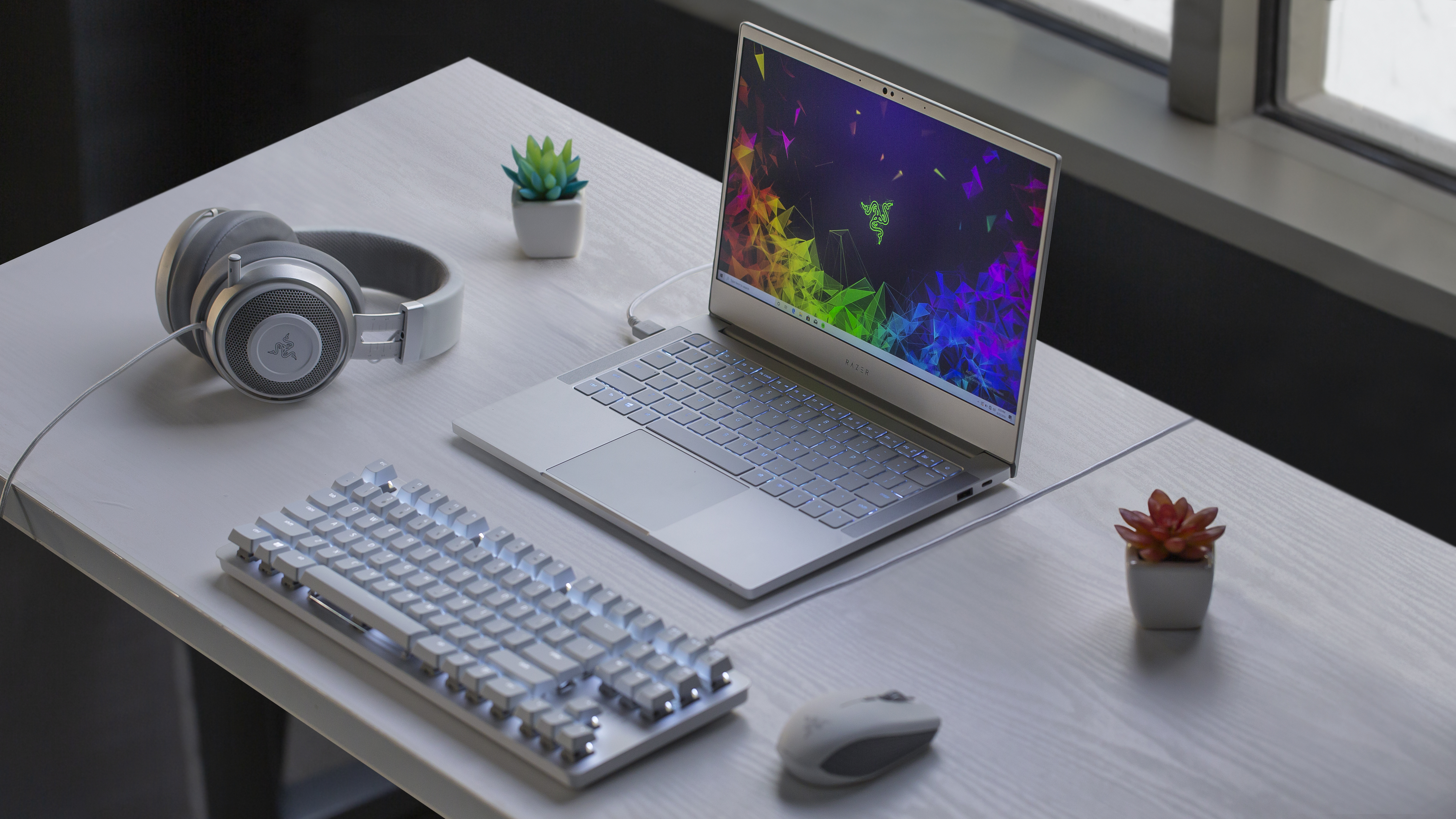 The Mercury White model is likely my preference of the new lineup as it retains the long-life battery inspired soul of the previous Razer Blade Stealth 13's but this time is powered by the new Quad-Core 10th Gen Intel Core i7-1065G7 Processor with Hyper-Threading and a base clock of 1.3 GHz and a boost clock of 3.9 GHz at 25W.  But the CPU portion is why this one is much better than the previous 8th Gen that Razer used, it's the new Gen11 Iris Plus Graphics that features way more power than previous Intel integrated graphics solution as well as new Integer Scaling for those who want to play retro games on the go and have extremely crisp images.  Storage is a little light still on this model at 256GB but is still delivering 16GB of LPDDR4 3733MHz in dual channel mode, that speed should really help out the Gen11 Iris Plus Graphics squeeze out as much performance as possible. For a more detailed look at the specifications head on down to the table at the bottom, but just below here is a recap of what kind of performance a 25w Ice Lake CPU can deliver in games like Counter Strike Global Offensive. 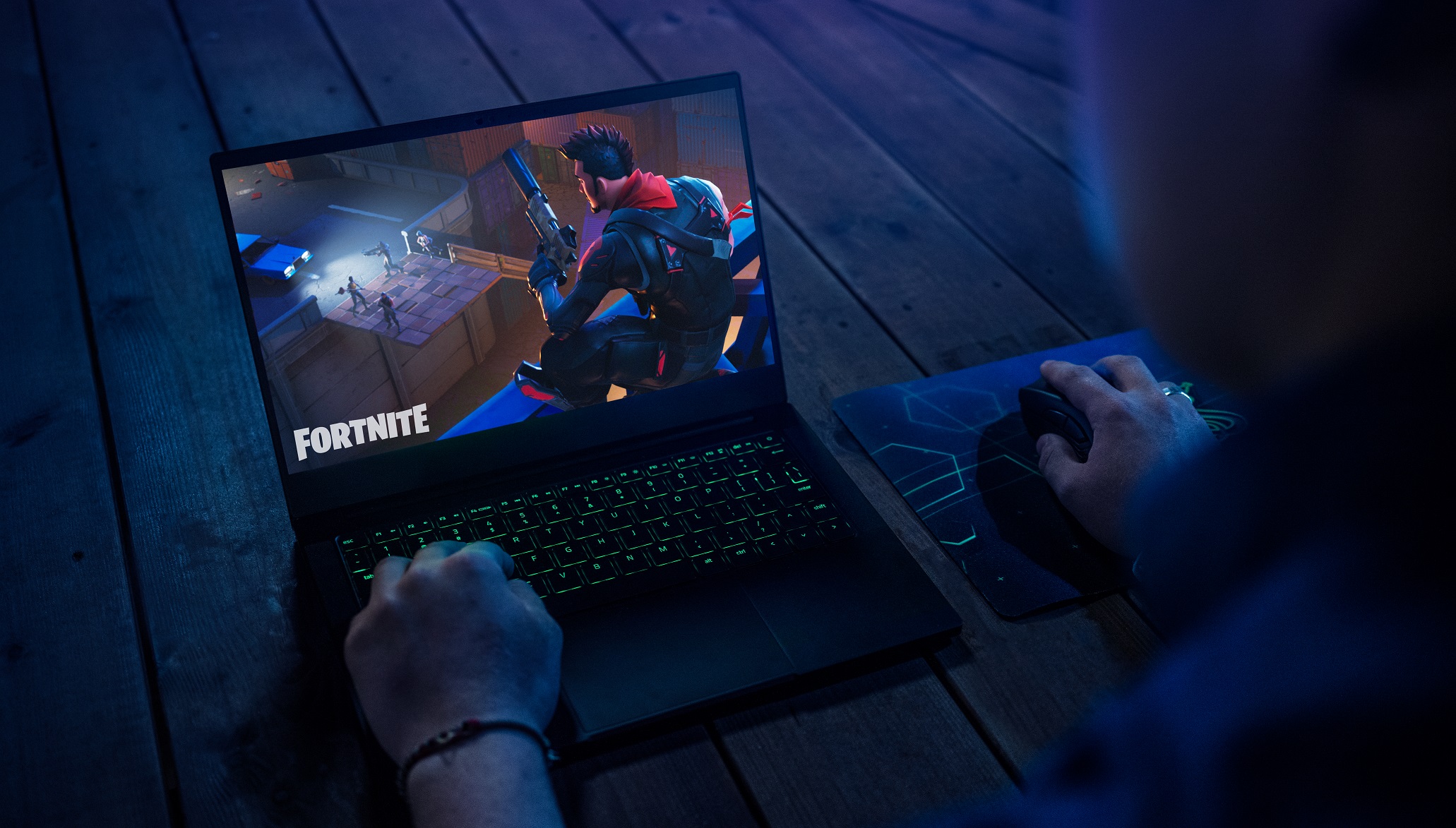 The GTX models of the new Razer Blade Stealth 13 bring along the same Quad-Core 10th Gen Intel Core i7-1065G7 Processor with Hyper-Threading and a base clock of 1.3 GHz and a boost clock of 3.9 GHz at 25W as the Mercury White model but also bring along the beefed-up power of having a dedicated graphics card.  In the last iteration of the Razer Blade Stealth, we saw it pack in the MX150 but this time they've really stepped things up and are stuffing in a GTX 1650 with 4GB of GDDR5 VRAM which is a massive performance uplift over what the MX150 can deliver.  Not only does the video card get an upgrade by going to this model, but the storage as well.  The GTX Models gets doubled the base storage capacity going from 256GB to 512GB, which makes it much more usable for gamers on the go and content creators.   Speaking of content creators, while the GTX Model starts with the same 1080p panel as the Mercury White version there is the option here to upgrade it to the UHD 4K Touch Screen panel.  While the GTX 1650 may not be powerful enough to drive 4K gaming experiences on the go, it will be much more equipped than MX150 variants of the past to handle GPU accelerated workloads and with Turing featuring Integer Scaling like the Gen11 Graphics should allow for an overall better experience than what you've gotten in the past when needing to run lower resolutions on the panel. So, ultra-crisp 4k sharpness when you need it for workflow and maintain crisp edges if you need to drop it down to 1080p for those mobile gaming sessions.

Availability will begin at the end of September 2019 through Razer.com and select retailers in the United States and Canada and coming soon to the United Kingdom, France, Germany, Nordics, China, Australia, Hong Kong, Japan, Singapore, and Taiwan.