Remember that collaboration between Ray-Ban and Facebook? The project was announced earlier this year, and at that time, the details were pretty scarce. As a matter of fact, we did not even get a chance to look at how the glasses would look like. Well, it seems like both companies have been hard at work as we have got our hands on the first 'official' renders of these Wayfarers.

The images are coming from none other than Evan Blass, and he has shared renders of the smart glasses that Facebook and Ray-Ban have been working on; these glasses are available in no less than three styles. You are getting them in the classic frames, Wayfarer, Round with green, blue, and tinted lenses.

You can look at the renders below.

Each frame comes with a camera mounted in the top left and top right position right above the lenses. The specs of these sensors are not clear at the moment. Still, these glasses do come in a case, complete with a charging cable which is enough evidence to suggest that these glasses will be battery-powered, presumably to power the cameras and the connectivity features that will relay the images back to the smartphone. The hardware could be found within the frames of the glasses. 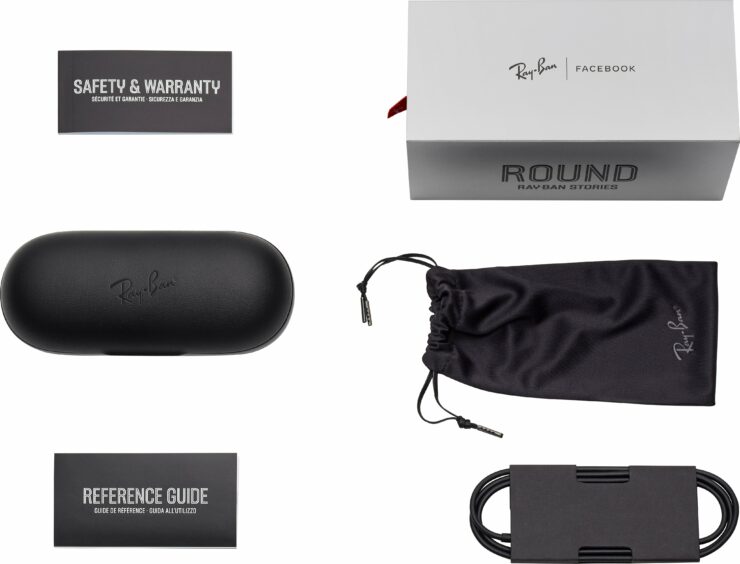 As far as what the glasses can do, we are still not sure, thanks to Facebook being pretty vague about these. Sure, these could serve the same purpose as Spectacles by Snap did, but we are unsure if that is all. What I can say for sure is that these are going to be highly integrated with Facebook itself and might even offer you direct uploads to social media. If that is the case, then this is taking social media to a whole new level. Another feature that I can see for these is that they might allow the user to go live on the fly, making for an immersive experience not just for the user but also for the viewers.

According to Ray-Ban, the smart glasses will be officially announced later today. This means you can expect details on the pricing and availability shortly.