Raven’s Cry Developer to GameSpot Review: “We Won’t Fall to Our Knees”

In a recent review published at GameSpot on "Raven's Cry" on the 9th of February, the game was criticised by the reviewer on many points and ridiculed aswell. In just a trailer of what was said about the game, the reviewer described the game as "a tale of deeply unsettling gendered violence and racist slaughter played for casual drama." where "the tale's written in the language of cheap misogyny and homophobia, and if yer willing to see this story through to its conclusion, ye've more patience than I (and a magical copy of the game free of the bug that makes completion literally impossible at the time of this writing). " And this was not all, there was much more of ridicule to follow and the icing was the 1 out of 10 rating which describes the game as "Abysmal." 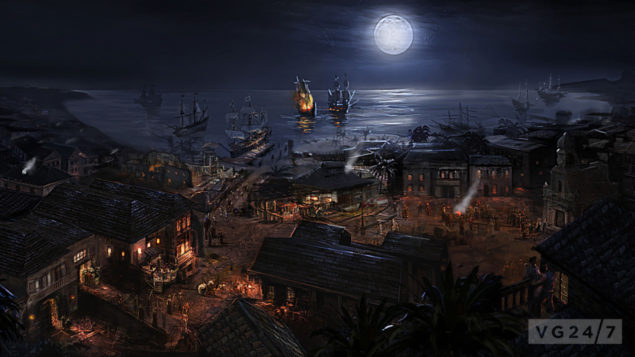 Raven's Cry Developer Expresses His Anger Towards the Review

The game was criticized basically on the following points from GameStop:

Where as there 'Good' in the game was N/A. Rarely do we ever see such a one sided review for a game and the developers did express their feelings about the review through their Facebook page. Saying:

"In case someone has doubts about our attitude, as developers, towards that "political correctness" thing we've mentioned here and there:

Among the bad things mentioned in GameSpot’s Raven's Cry review summary, you can see "Rampant racism, sexism and homophobia".

This is a tale about damn pirates here, a totally bad guys, thieves, murderers and rapists. But nowadays, as a game developer, you MUST adjust towards political correctness standards, or otherwise the so-called "progressive" (and loudest) press slaps you in the face. Hatred is bound to be smashed by them, not for being a bad game (because I believe it will be very decent, yet nothing revolutionary), but for standing up against standards like these.

Let me say one thing to everyone buying and advocating this agenda: **** ***! We won't fall to our knees under your SJW *******. Making games is about freedom of creativity and if you want to tell a "bad" story, do it! Don't let the fear of bad reviews stop you. Gamers have their own brains and if the game itself is good, they will support it.

P. S. We do realize that Raven's Cry is an unpolished product and deserves criticism because of it. I am not defending this game’s quality. It’s just a simple outburst of anger."

These are some fireworks towards the GameSpot team and to be fair, a rating of 1 out of 10 and a blank good corner is very offensive. You have to give it to the developers who tried very hard just to make the game, but to be hit back into their faces because of their inexperience is just not fair.