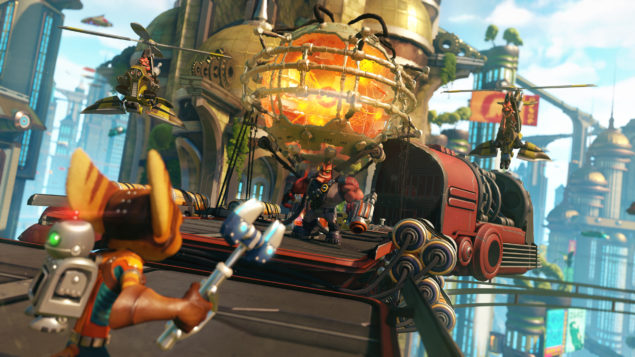 Ratchet & Clank will be releasing in 2016 alongside the movie and according to the US PS Store the game releases on June 30th 2016 and will sell for $39.99. The price was already confirmed by Insomniac but it was also mentioned that despite its lower price, Ratchet & Clank is going to be way bigger than "Into the Nexus", a ten to twelve hours experience plus upgrades / trophies etc. 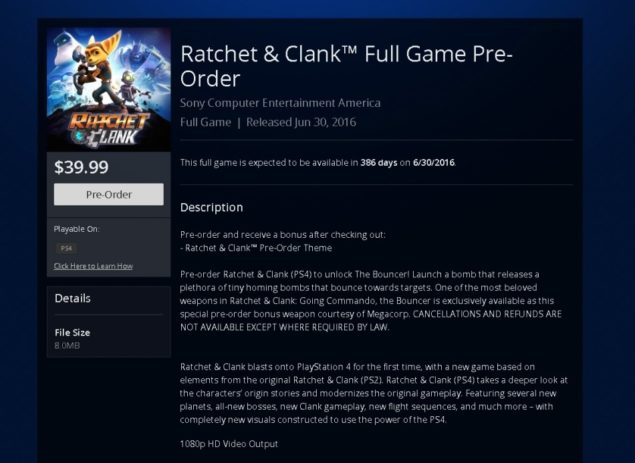 Amazon also lists the same release date and price of $ 39.99, so chances are the June 30 date is actually valid.

Pre-order Ratchet & Clank on PlayStation 4 to unlock The Bouncer. Launch a bomb that releases a plethora of tiny homing bombs that bounce towards targets. One of the most beloved weapons in Ratchet & Clank: Going Commando, the Bouncer is exclusively available as this special pre-order bonus weapon courtesy of Megacorp. Pre-order bonus code will be emailed to you within two days of your completed shipment. Amazon reserves the right to change or modify this promotion at any time.

Pre-ordering the game from the PS Store will grant you a Ratchet & Clank theme.

We will be seeing more of Ratchet & Clank during Sony's E3 2015 press conference, which will be held at 6:30 PM PDT on Monday, June 15. The event itself will take place at the L.A. Memorial Sports Arena in Los Angeles.

We will bring you any new information on ratchet & Clank, Sony and E3 2015, as soon as it becomes available.