Ratchet & Clank for the PS4 has its file size revealed via the European PS Store(s). While the game isn't listed under the upcoming games section on the EU PS Stores, it can be found with a quick search. 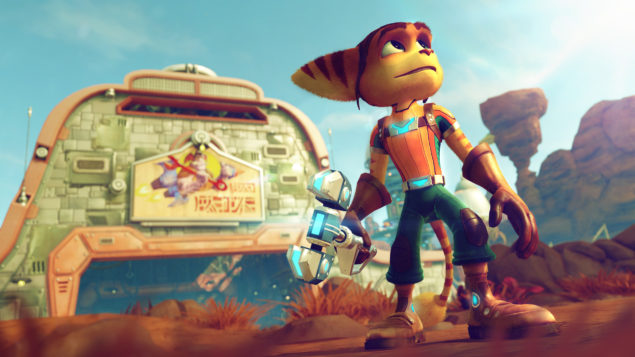 Currently, only the European Playstation Stores mention the game's file size - the US Store still lists the game with a file size of 8MB.

According to the game's description on the European stores, Ratchet & Clank fans will need to free up 26.4GB of hard drive space to be able to enjoy Insomniac's reboot of the series. With recent titles weighing in at 40GB or more, this is quite a decent size. 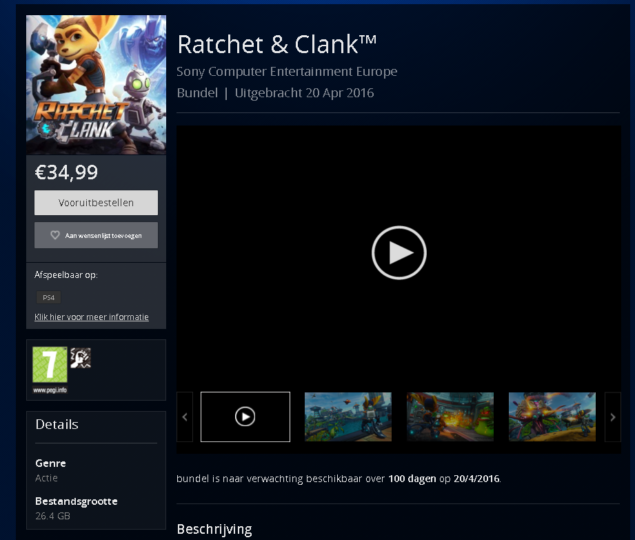 Earlier today, Insomniac's community lead James Stevenson, announced the game's release date for Europe. Ratchet & Clank will release on April 15th in France, and on April 20th everywhere else in the PAL region. In the US, PS4 owners will be able to enjoy the title on April 12th.

The first instalment of Ratchet & Clank for PS4 will tell a new version of the origin story many of you will remember. It features modern Ratchet & Clank controls, new planets, new and improved gameplay, all-new boss fights, new flight sequences and much, much more.

Coinciding with the major motion picture, the game tells the story from the perspective of Captain Qwark, so you can expect a different (more… Qwarktastic) twist on events. We hope that you’re looking forward to being able to romp around the Solana Galaxy once again with the whole gang – Ratchet, Clank, Qwark, Big Al, Dr. Nefarious, and the evil Chairman Drek, as well as many brand new characters – as much as we are!

Ratchet & Clank for the PS4 was announced during Sony's E3 2014 press conference, and contains elements from the original PS2 title in full HD.