Randy Pitchford the man who is behind a game-series which newly released a "Pre-Sequel" in the series, Borderlands (or as I like to call it, LootLands) recently said in an interview that "Games need to take more risks", he insists on that they need to be innovative to move forward into the future. 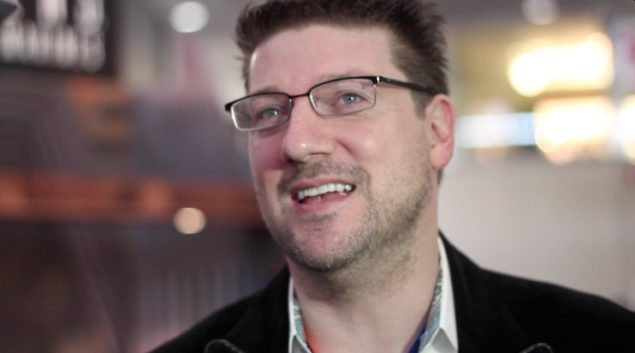 What is Randy Pitchford talking about?

In regards to innovation, let's look at Borderlands that has been around for a while, the first game came out in 2009, and the DLC as well as Borderlands 2 and its subsequent DLC are pretty much the same game, with the same gameplay. Don't get me wrong it's quite fun, especially some of the DLC, but if we look at Borderlands 1 & 2 and compare them, well it's just more of the same stuff. And the recently released "Pre-Sequel" (named so aptly because it takes place after the first game and before the second) is pretty much Borderlands 2 all over again, except that you are the moon with some new weapons and new characters.

"The oldest problem our species has faced is that we can't realize and manifest everything that we can imagine as quickly as we can imagine it, So the only solution to that problem is to make choices. And to pick one thing and abandon another. And that can be difficult if there's a part of our minds that loves the thing that must be abandoned and is afraid of the new frontier that should be embraced."

He continued: "But progress demands that we look forward, And the biggest and most exciting things that we're going to do be doing in interactive entertainment in the future are things that we can't even conceive of today. And we'll never get there unless we actually are comfortable taking some risks and trying things we haven't done before."

Granted what he says in the interview is in regards to a question about VR such as Oculus Rift and the future, but he really should not be talking about innovation when his studio is doing the exact same thing as all other "major" studios are.

Let's not forget that Randy Pitchford was behind Aliens: Colonial Marines back in 2013 as well, and oh boy did that game crash and burn. There's been all kinds of talk and theories of what actually went wrong during the development. But what we do know is the following: The game was nothing like what was promised, neither graphically nor in terms of story. It was a generic shooter that looked nothing like the footage that had been shown.

But hey, if Randy Pitchford has something amazing new and innovative up his sleeve. Then sure I'm inclined to hear him out at least, if not I can always laugh a bit at Claptrap.