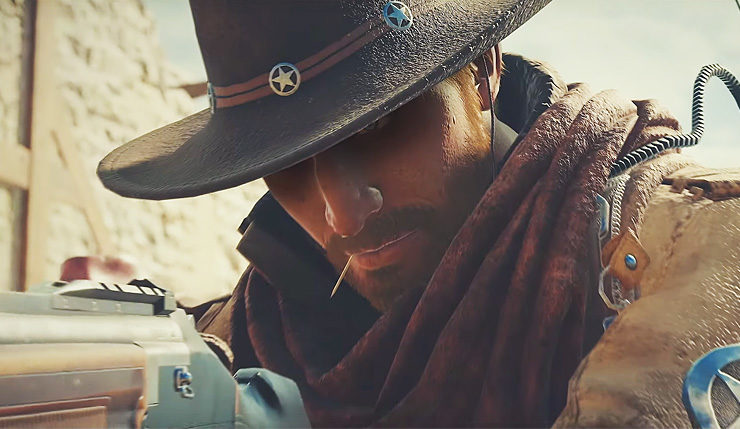 Ubisoft does a pretty good job of keeping Rainbow Six Siege updated with a steady flow of new Operators, maps, and other content, but they don’t do as many special limited-time events as other “live service” games. To my recollection, the last one was the Outbreak mode way back in early 2018. Well, surprise! Ubisoft just launched the new Wild-West-themed Showdown mode, which takes place on an all-new map, Fort Truth. This event does not appear to be part of the current Operation Phantom Sight season, but rather an extra little summer treat cooked up by Ubisoft. Check out a trailer, below.

Showdown takes place on the limited-time map, Fort Truth, a dusty, sun-baked ruin with crumbling walls that have seen more than a few gun battles. The rules are simple: each round is a 3v3 face-off to secure the area, and the gold. The available Operators are decked out in new Showdown-specific headgear and uniforms, and split into two posses: The Law (Attackers: Ash, Capitão, Glaz, Maverick, and Twitch) and the Graveltop Gang (Defenders: Alibi, Caveira, Kaid, Maestro, Rook). No matter who you choose, however, you’ll all wield the same weapons: The BOSG.12.2 shotgun and the Magnum LFP586 revolver. With no preparation phase, no reinforcements, and limited HUD, each 90-second round is gonna be a fast-paced shootout where you’ll prevail by the sharpness of your aim and the strength of your grit.

Those who participate in Showdown can earn up to 31 new pieces of cowboy-themed gear for various Operators. You can also buy Showdown collection packs, each of which includes one new piece of gear (no duplicates) for 300 R6 credits (around $2.50).

Rainbow Six Siege is currently in the midst of the second season of its third year of content, Operation Phantom Sight, which includes two new Operators, Warden and Nokk, and a Kafe Dostoyevsky map rework. You can get a few more details about the season, right here.

Rainbow Six Siege is available for PC, Xbox One, and PS4. The Showdown event is currently in full swing, and will continue until July 16.