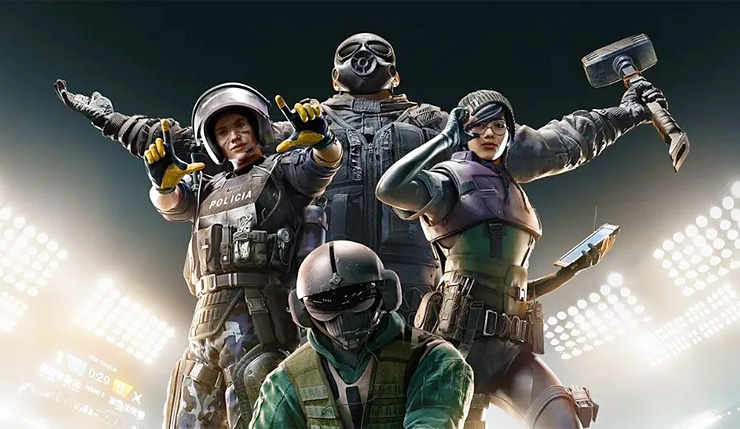 Rainbow Six Siege was one of the most enduringly popular games of the past generation, and the move to a new generation isn’t going to slow the game down at all. Ubisoft previously announced that Siege would be getting a free next-gen update, but now they’ve provided more details and a soid release date. You can check out a quick trailer for the next-gen console versions of Rainbow Six Siege, below.

On the Xbox Series X and PS5, Rainbow Six Siege will be offering two visual options – Resolution mode is native 4K and 60fps, while Performance mode is dynamic 4K and 120fps. Meanwhile, the Xbox Series S offers 1728p and 60fps in Resolution mode and 1080p and 120fps in Performance mode. Full crossplay and crossgen save support will also be available.

If you happen to be playing Rainbow Six Siege on PS5, you’ll also get to experience some cool new DualSense features…

The PS5 Rainbow Six Siege experience is not limited to visual enhancements. Thanks to the DualSense controller’s adaptive triggers, squeezing R2 emulates the resistance of an actual trigger, offering a unique feel for each weapon category and shooting gadget. For example, adaptive trigger resistance is light and quick for pistols, and heavier for bigger, powerful weapons like light machine guns. Players will also be able to feel the difference between single fire and full-automatic for full immersion.

In addition, thanks to the haptic feedback players will sense impact like never before. Dynamic and immersive, haptic feedback reacts with the environment. Weapons, explosions, gadgets and so on will provide feedback directly in the player’s hands.

Rainbow Six Siege is currently available on PC, Xbox One, and PS4. The Xbox Series X/S and PS5 versions of the game will be available on December 1, alongside Year 5, Season 4! What do you think? Eager to play Siege at 120fps?