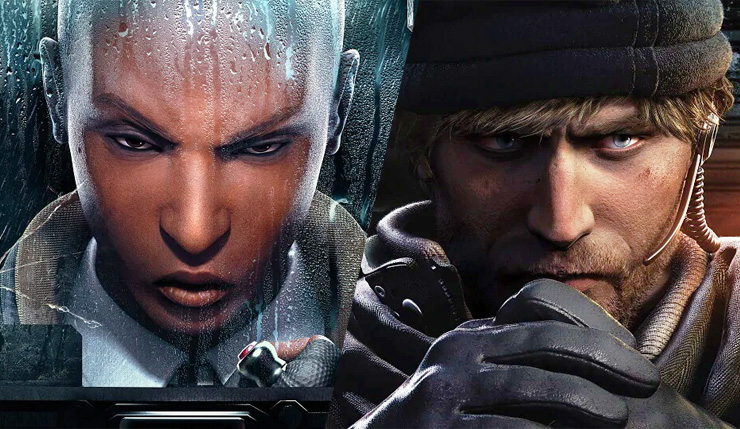 Clash is a Defender who carries a high-tech electro shield, which she can use to keep breaching opponents at bay. Here’s her backstory:

Born and raised in England, she’s a tough officer who served with the Territorial Support Group, holding the front line during the 2011 London Riots. She earned her spot with the Specialist Firearms Command (SCO19), making herself known within London’s Metropolitan Police Services (MPS). She’s an expert at devising crowd-control strategies and she even acquired special permission to attend Gold Command meetings. She later made Detective Constable. Her experience, service record and persistence in her line of work got her noticed by Rainbow Six.

Maverick is an Attacker, who carries an improvised blowtorch, which he can use to cut through various metal surfaces. Here’s his backstory:

Maverick was investigating the case of a missing reporter when he himself went MIA. The Unit had no means of communicating with him. Maverick re-emerged two years later with enough intel to dismantle a major insurgency operation. No one knows what really happened to him during those two years, but he’s been seen carrying a D.I.Y. blowtorch ever since, one that can make holes in metal surfaces. On the field, he’s found multiple uses for it, including but not limited to making murder holes. It takes a patient and fast Operator like Maverick to hold those angles.

Grim Sky won’t include a new map, but Hereford Base is getting a bit of a facelift. The new version of the classic Rainbow Six Siege map will be bigger, and new stairs have been added to make it easier to get from floor to floor. The map’s color palate has also been tweaked, making each floor and area more distinct.

Finally, Grim Sky will also fix an aiming misalignment issue, which has been causing automatic weapon bullets to diverge from where the reticule is pointing. You can get more info on how Ubisoft plans to fix the problem, right here.