Rainbow Six Siege is Getting Another Free Weekend Later This Month 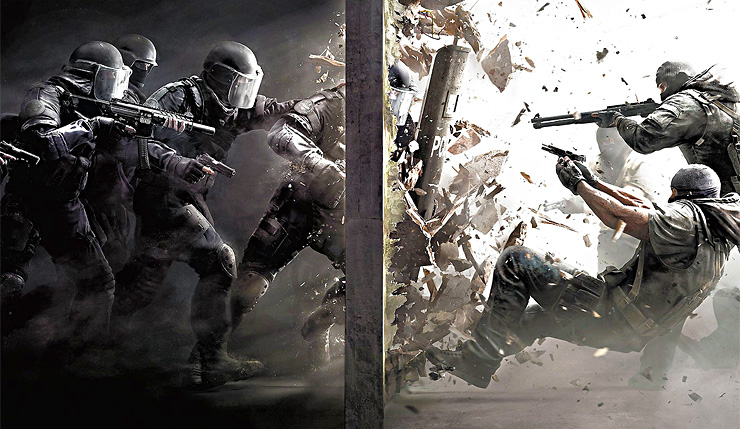 Still haven’t tried out Ubisoft’s surprisingly-resilient Rainbow Six Siege? Well, you’ll get chance to test the tactical shooter for free later this month. The trial is coming to PC, Xbox One, and PS4, and will include full access to all the game’s maps, modes, and Operators. If you choose to buy the game (which will be 50 percent off that weekend), all your progress will transfer.

The trial will coincide with the Six Invitational, which runs from February 13 to February 18 in Montreal. The event will see 16 of the world’s top Rainbow Six Siege teams compete for a $500,000 prize pool and include a variety of developer and community panels. Ubisoft has also promised to reveal more information about the new co-op Outbreak event at the show.

With biological and chemical attacks threats on the rise, Six has created the Chemical, Biological, Radiological, Nuclear (CBRN) Threat Unit, its own distinct CTU. Two new Operators are joining the multiplayer roster and will also be playable in the limited time Outbreak event.

One Operator hails from France and uses a drone to maintain quarantine perimeters. Their service record is astounding, but their list of regrets seems endless. The other Operator moved to Russia to pursue their studies and they uncovered a range of applications for self-dissolving nanobots. All allies can benefit from the research carried out by this CBRN Specialist.

Suit up and check your gear because Rainbow Six is tackling an epidemic consuming the town of Truth or Consequences, New Mexico. Choose your best team of three to neutralize the threat. If you don’t choose your Operator in time on the Operator Selection screen, your man Recruit will still have your back. As always, he’s ready to serve.

This limited time co-op event is free for everyone who has a copy of Rainbow Six Siege. To learn more about Outbreak, check-in regularly on the Rainbow Six website. This event also offers exclusive headgears, uniforms, weapon skins, and charms to customize Rainbow Six Operators.

The Rainbow Six Siege free trial runs from February 15 to 18 on PC, February 15 to 19 on Xbox One, and February 15 to 20 on PS4. Why the end date is different on each platform, I don’t know. Operation Chimera and the Outbreak event launch on all platforms on March 6.