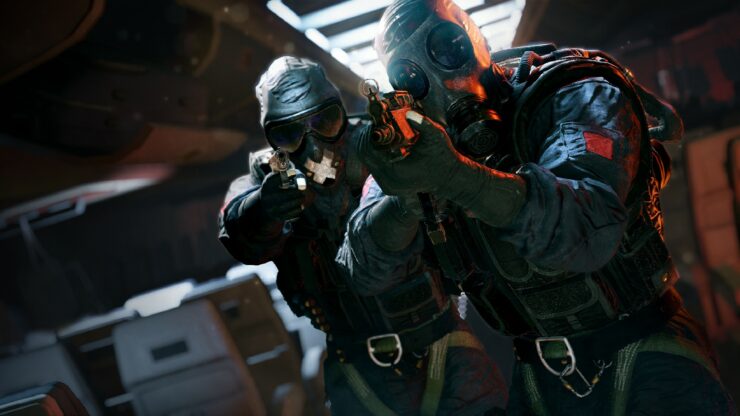 Ubisoft's Earnings Call on Q4 2017 was full of interesting news. As reported yesterday, we can expect to see the new Assassin's Creed game, Far Cry 5, The Crew 2 and South Park: Fractured but Whole all by March 2018. However, Ubisoft also talked at length of their successes with live games, with Rainbow Six: Siege leading the pack.

CEO Yves Guillemot started by saying that Ubisoft managed to significantly expand the audience of the franchise.

Season one of year two is indeed seeing an amazing 500% increase in number of views.

Ubisoft registered a record 101% increase year-over-year for player recurring investment and Rainbow Six: Siege was the biggest game in this particular section.

So Rainbow Six is number one for player recurring investment, then you have The Crew, The Division, we have also Trial and For Honor that generated good revenue, as well as recently Ghost Recon.

Guillemot also promised that Ubisoft doesn't want to split the community, which seems to imply that there won't be traditional DLC packs on the way. With EA also seemingly moving away from the traditional Season Pass/DLC packs model to avoid splitting the communities, this makes us hopeful that big publishers finally learned that lesson.

What's very important to consider is that there's a change in the way games are now exploited on the market. Thanks to the fact that we have more and more players on Rainbow Six, for example. We don't want to split the community, so we bring expansion or seasons that are actually growing the number of players, so that we can continue to increase revenue without splitting the community. So the automatic impact is that we don't have the new release on that front, but it's more different strategy than anything else.

As a final note, CEO Yves Guillemot also stated that players can expect a new Ghost Recon game faster than a Rainbow Six game, likely because Siege is expected to have longer legs due to its competitive nature.

In related news, the developers of the game have recently announced Operation Health, with the objective to fix several issues and improve existing technology. Some of those include One Step Matchmaking, Voice and Party systems based on dedicated servers as well as improved hit registration and higher tick rate.