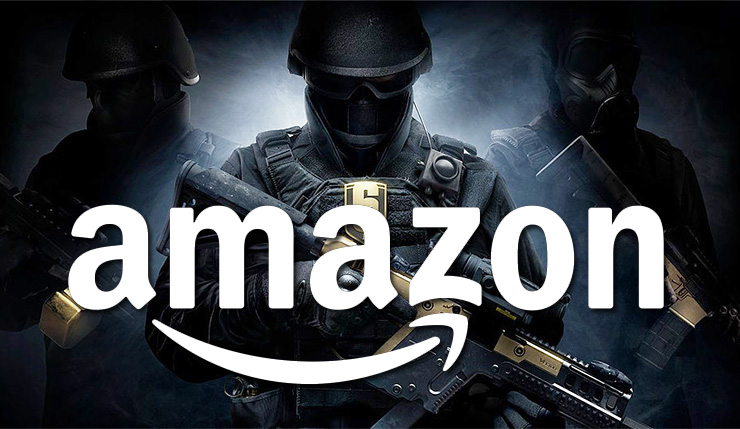 As I’ve said before, it seems anybody who’s anybody in the gaming industry has a studio in Montreal, and now Amazon is setting up shop there as well. Today Amazon Games announced they’ve founded a new Montreal studio that will be headed up by a number of former high-ranking members of Ubisoft’s Rainbow Six Siege development team. These names include Luc Bouchard (now head of production at Amazon Games Montreal), Xavier Marquis (creative director), Alexandre Remy (head of product), and Romain Rimokh (content director). Amazon’s new studio will be working on an “online multiplayer title based on new IP.” The new game’s creative director Xavier Marquis had the following to say about the project…

Building upon 8 years of experience with [Rainbow Six] Siege, we are excited to start with a blank page and the creative freedom to create a completely unique experience in the multiplayer space. From our first discussion, we felt a true connection with the people at Amazon Games, their approach to gaming and the sheer amount of knowledge, expertise and technology available there. It is quite humbling and we couldn't be more excited to start a studio with them.

Amazon Games has had a rather mixed track record – the company already has studios in Seattle, San Diego, and Orange County, but they’ve yet to successfully ship a game, with a number of titles being canceled, or in the embarrassing case of Crucible, briefly released, withdrawn, and then canceled. The MMORPG New World is still set for launch this summer. If there’s one thing Ubisoft vets know, it’s how to get content out, so hopefully this latest Montreal studio will actually result in a published game.

What do you think? Excited for something new from the minds behind Rainbow Six Siege? Or will the Amazon curse strike down this project as well?