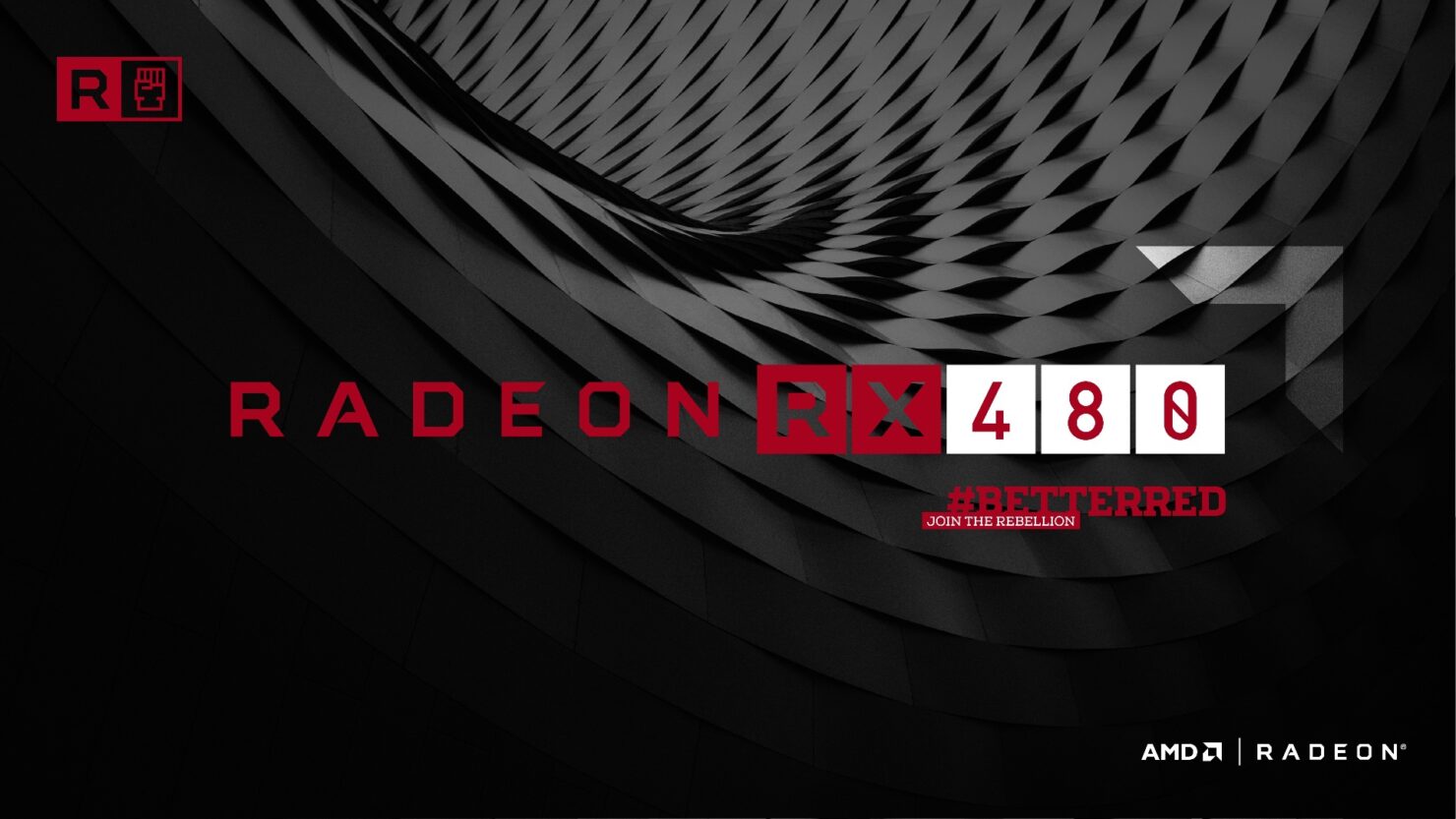 We are on the eve of the launch of the RX 480 graphics card and just about everything has already leaked. A new addition to the collection of leaks we have already covered so far is the SteamVR benchmark. With the current set of drivers, the AMD Radeon RX 480 is able to score 6.8 Points (stock clocks) which allows it to earn the "VR-Ready" rating. This would put the RX 470 safely in the "VR-Capable" section as well, wrapping up everything nicely under AMD's bid to expand the Total Available Market for VR.

RX 480 is currently the most affordable graphics card for VR - scores 6.8 points in SteamVR Benchmark

SteamVR benchmarks divides VR capable graphics cards into two distinct categories: "VR-Capable" and "VR-Ready". A VR Ready tag implies a score above the 6 point mark and usually means that not a single frame fell below the 90 fps limit. The RX 480 can do all of that and then some, with the stock clocks clocking in at around 6.8 Points, and overclocked version (1315 Mhz) clocking in at 7 points. This naturally means that the RX 470 is going to fall into the VR-Capable category, and considering the price point it offers this performance at, it will be an absolute steal. The following is an aggregate SteamVR benchmark of the average scores of VR GPUs: 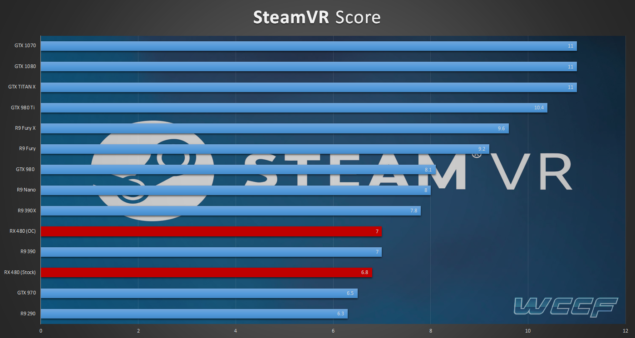 The RX 480 is roughly equal to the R9 390 in terms of performance numbers. In fact, Sapphire has stated on record that even if you have an R9 390 (and certainly all cards above it), its not worth upgrading to the RX 480. What sets the Polaris counterpart apart however is the high power efficiency and high value that the card offers. In fact, I also took the liberty to calculate value (performance per dollar) based on the release MSRP and the RX 480 absolutely kills in that department. The Polaris based graphics card is in a league of its own, and the disruption is value can be seen from the structural break that occurs in the trend line of the graph.

Interestingly, Nvidia's GTX 1070 has the highest value after the RX 480 (please note that the RX 470 is not on the list) and is easily able to score a perfect "11" on the SteamVR bench as well. If what we are hearing is true and Nvidia releases the upcoming GTX 1060 in the same price bracket as the RX 480 then AMD could have a tough time breaking the market share. As things currently stand however (and based on facts and released cards so far) AMD is poised to disrupt the GPU market with the RX 480. 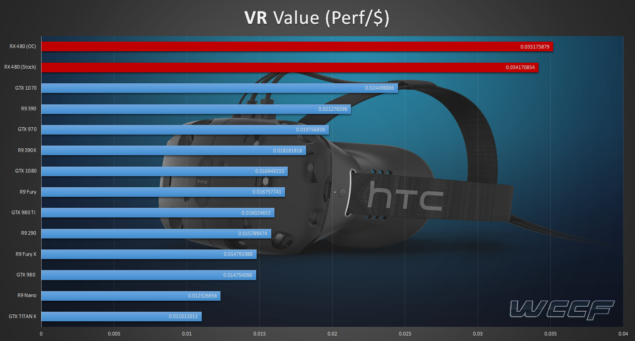 With a manufacturer suggested retail price of just $199 the RX 480 aims to be the king of the hill when it comes to the value proposition. It would allow AMD to not only under-cut the superior performance of the GTX 1070 and GTX 1080 in terms of sheer performance per dollar, but would also likely increase AMD’s market share – reaching a segment of the market that Nvidia did not reach out to (the GTX 1060 can change that if priced correctly). These are the gamers and professionals which want in on the VR experience and with headsets like the Rift and Vive already breaking the bank, will not want a very expensive GPU on top of that.

AMD’s strategy could prove to be effective in a situation where the user is already spending $599 to $799 (and even above) and wants to limit the total expense of shifting to VR. The GTX 970 can (at the time of writing) be found on Amazon for $309. A $199 priced RX 480 would be $100 cheaper and significantly faster. The new graphics card will have VR certifications from both HTC Vive and Oculus Rift – not to mention the added bonus of DX12 Asynchronous Compute support. The card (and third party reviews) will be landing in a few hours. Here are the screenshots of the SteamVR benchmarks courtesy of VideocardZ.com: