Apparently there might be some issues with those that bought Rainbow Six Siege from Steam and are attempting to pre-load it. You might be asked to completely re-download it. 14.36GB isn't necessarily huge by today's standards, but that could pose an issue for those on metered Internet services.

Rest assured, however, that there is a relatively easy, though lengthy, fix that can workaround the current issue. The issue thankfully doesn't resolve around corrupt files from Steam servers. 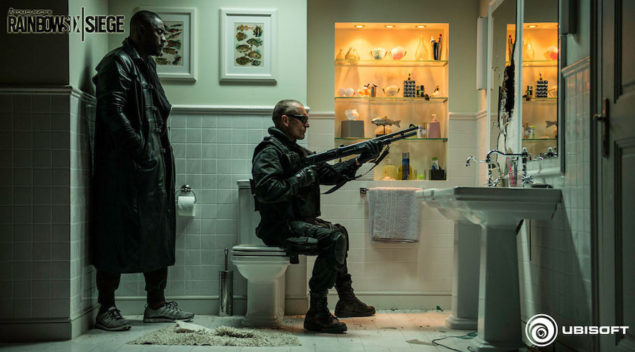 Siege the day with this fix for a mystyfying Rainbow Six Siege pre-load error in Steam.

The first thing to attempt to do, that might fix it, is to check the integrity of the game files through Steam. This has a good chance of fixing the issue, with you only having to re-download a smaller portion of the game. If that doesn't work, let's move on to the more interesting workaround.

Move your game files to another folder completely away from the usual Steam folder (or wherever you happen to have it installed). Delete the local content in your Steam folder and then move the game files back into the original place that you moved them from.

Doing the above should force Steam to recognize the game so you don't have to re-download anything. Thankfully there's nothing wrong with the game data being downloaded from Steam's servers, just that a strange problem seems to be preventing proper playing of Rainbow Six Siege.

Rainbow Six Siege could very well become the next Counter-Strike with it's large emphasis on team-work and the ability to nearly completely destroy environments, leading to a vast amount of variety in gameplay. There are several server issues that have hopefully been resolved since the beta has concluded.