Remedy's upcoming Xbox One game Quantum Break will consist of 5 acts, connected through 4 subbed and dubbed action TV-episodes, that are unlocked after each game act. The duration of each act depends on gameplay style, and the choices the player makes. 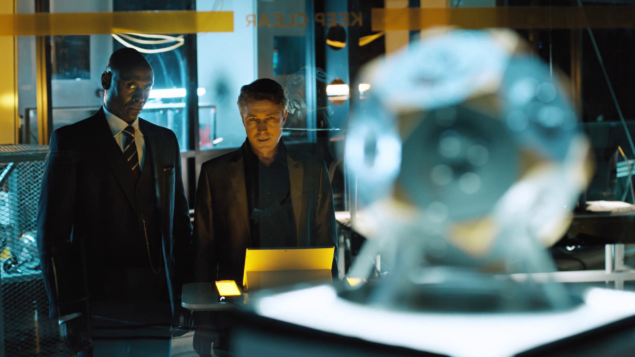 Developer Remedy Entertainment confirmed this on Twitter overnight. The developer was asked whether the interactive TV-episodes were skippable and if this would hurt the game's re-playability.

According to Remedy, Quantum Break will feature 5 game acts, and after each act, the player unlocks a 22 minute TV-episode. These are skippable, but Remedy recommends to watch them.

Remedy adds that the TV-episodes will be localized and have "plenty of subs and dubs".

@Nahkapukki @TiC_Podcast @Crypt0ll7 Localizations TBC, plenty of subs and dubs in the works. Klingon missing from the list though 😀

@Crypt0ll7 @Nahkapukki @TiC_Podcast Depends on gameplay style, can't give a number. But you choose how the story plays out -> replay value.

The duration of the each act remains unknown, simply because Remedy can't answer how long each act will take. This completely depends on the player's gameplay style and the choices the players makes through act the act. With regards to the game's re-playability, Remedy points out that since the player chooses how the story plays out, this adds to the game's replay value.

Earlier this week, Remedy confirmed that new content for Quantum Break will be shown off during The Game Awards 2015.

It's interesting to note that last week, Remedy's drama director Stobe Harju, shared that the team locked down the game's end scene. According to Harju, the end scene in the game is 'shivering', and important for the rest of the scenes in the game.

Xbox One exclusive Quantum Break was first scheduled for a release in 2014, but has been delayed multiple times. According to publisher Microsoft the game was recently delayed due to a clash with other Xbox One exclusives releasing late 2015. Remedy’s Sam Lake, has assured fans that the extra development time on the game, will be used to further “polish” the game.