New Quantum Break content will be shown off during the Game Awards 2015. Producer of the event, Geoff Keighley, and head of Xbox Marketing, Aaron Greenberg, confirmed this on Twitter overnight. 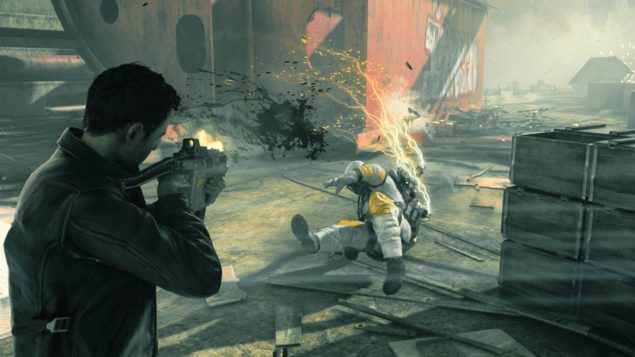 Last week we reported that the first gameplay from Far Cry Primal will debut during the Game Awards, and now the event’s producer and Microsoft head of marketing, have taken to Twitter to announce that time-bending Xbox One exclusive Quantum Break will be shown off during the event as well. According Keighley, new content from the game will be shown off.

Head of Xbox Marketing Aaron Greenberg, shared to be excited for the Quantum Break world premiere during the Game Awards 2015 event. Greenberg added that other Xbox One games will be shown off as well.

The last official footage that was shown off, came from the Gamescom 2015 demo. Remedy showed off a new demo for the game and explained how the TV-show is integrated in the game. According the Finish developer, “The game is about the heroes and the show is about the villains”. Check out the Gamescom demo down below.

Game Informer recently released some new gameplay from the game as well, but we’re excited for more.

A few days ago, Quantum Break’s drama director Stobe Harju, took to twitter to share his enthusiasm on locking down the ending scene from the game. According Harju, it’s a ‘shivering’ ending for Quantum Break.

Quantum Break was first scheduled for a release in 2014, but has been delayed multiple times. According publisher Microsoft the game was recently delayed due to a clash with other Xbox One exclusives releasing late 2015. Remedy’s Sam Lake, has assured fans that the extra development time on the game, will be used to further “polish” the game.