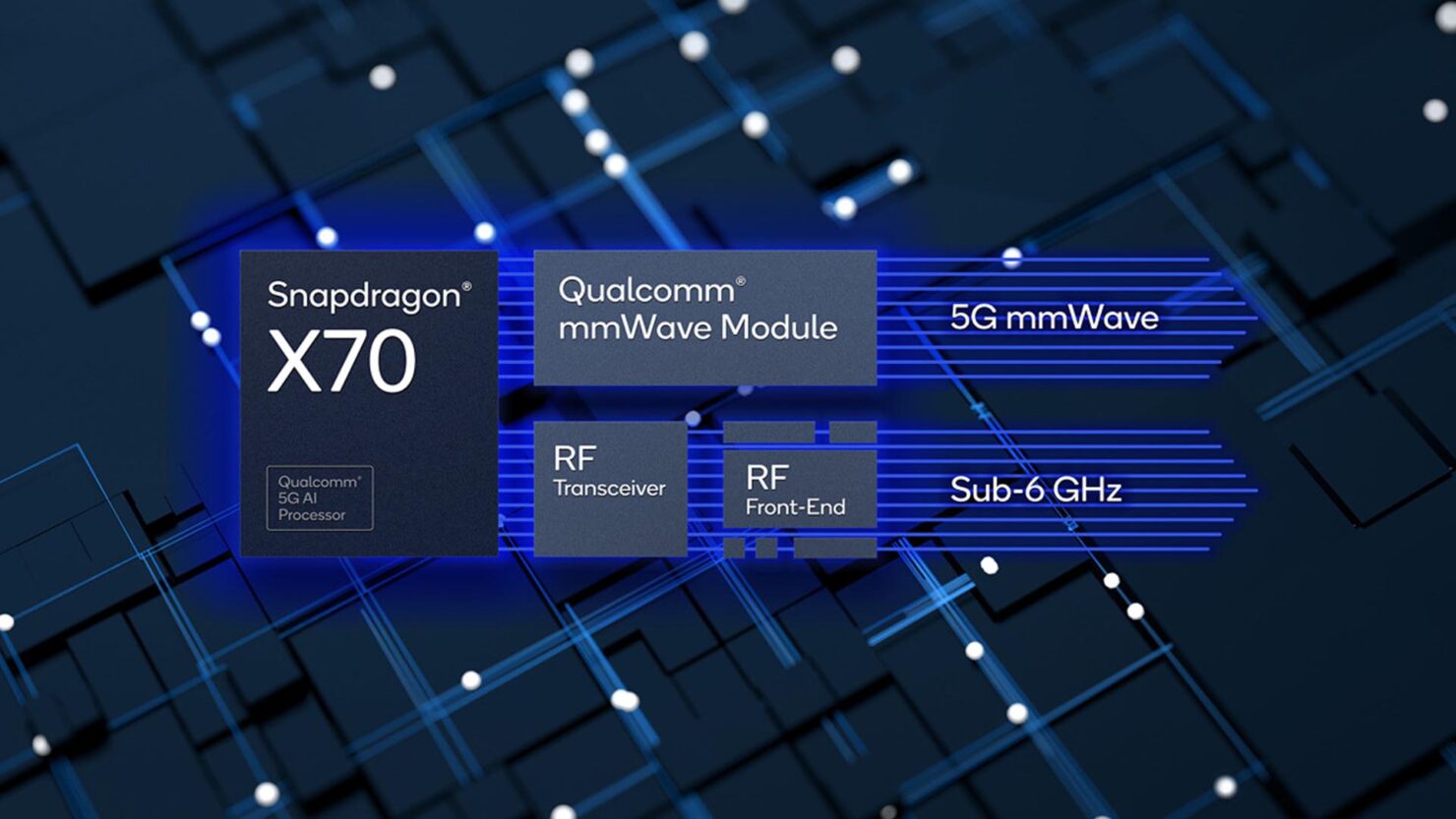 At this year’s MWC, Qualcomm officially announced the Snapdragon X70 5G modem, offering new features while increasing performance. The chipset maker also introduces AI capabilities to the chip, and if the unveiling has taken place right now, it will likely be offered with the upcoming Snapdragon 8 Gen 2.

According to the company, the Snapdragon X70 can achieve 10Gbps peak downlink speeds, though it is unlikely that consumers will witness this level of performance during real-world use. One major achievement of the 5G modem is how it uses artificial intelligence to improve both mmWave and sub-6GHz bands. The modem employs an AI-based channel-state feedback and optimization algorithm that increases the average downlink and uplink speeds.

Secondly, the Snapdragon X70 will use AI-based mmWave beam management to increase coverage, then an AI-based network selection algorithm. Qualcomm’s latest baseband chip is also the first to support every commercial 5G band from 500MHz to 41GHz. This level of compatibility ensures the chip works with all major operators. As a plus, the Snapdragon X70 has support for global 5G multi-SIM and Dual-SIM Dual Active.

The Snapdragon X70 is expected to be available later this year for a variety of Qualcomm’s phone partners, including Apple. We believe the 5G modem will be offered alongside the Snapdragon 8 Gen 2, with earlier reports claiming that the latter will be the first from Qualcomm to get AV1 support. Apple will likely receive orders for this 5G modem to use in next year’s iPhones, though we think those shipments will be reduced as the technology giant is aggressively working on its own modem.