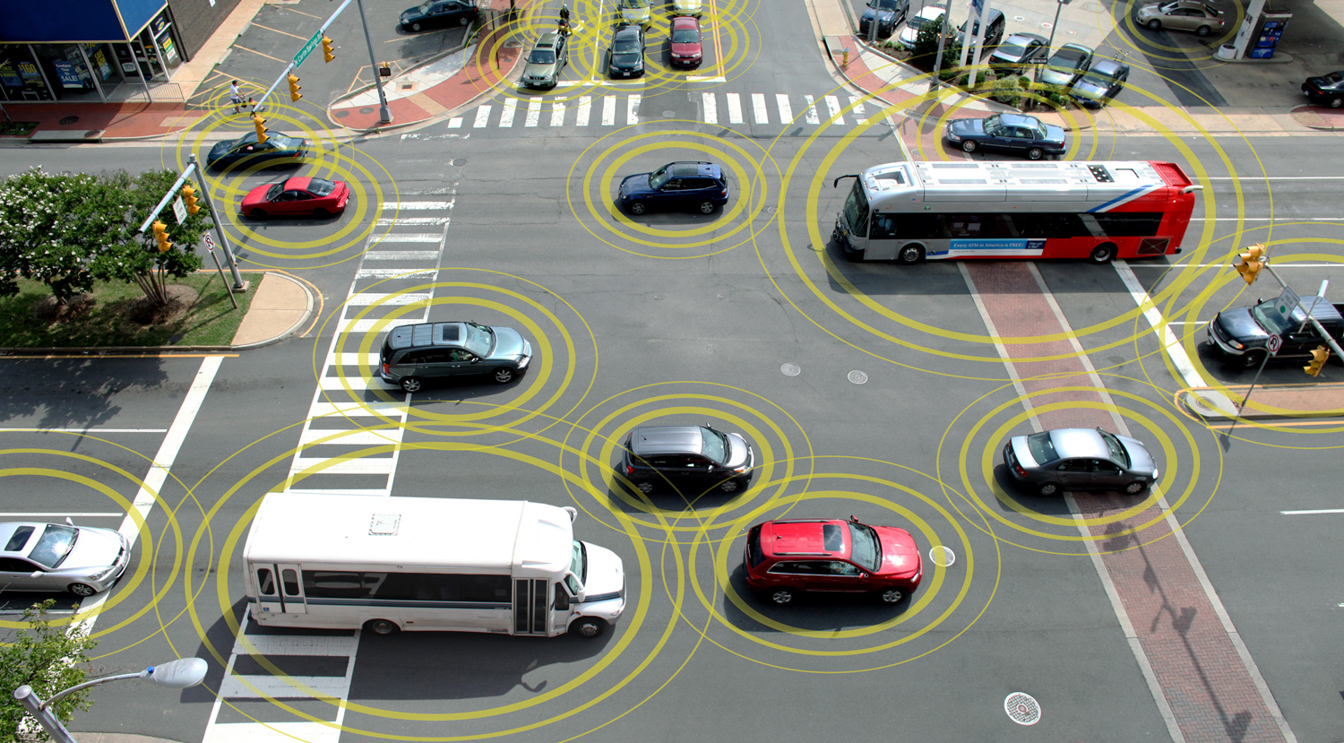 A graphical representation of CV2X enabled vehicles at an intersection. Image: Qualcomm

Qualcomm Incorporated's win at the Federal Communications Commission (FCC) earlier this year for opening up segments of the 5.9GHz for use by Cellular Vehicle-to-Everything (CV2X) has now narrowed down to the company's attempts at persuading the Commission about the merits of relocating unlicensed wifi Unlicensed National Information Infrastructure (UNII 4) devices away from the 5.895 GHz band for ensuring that the CV2X receivers on the vehicles perform smoothly.

At this front, groups including the WiFi Alliance and the Internet and Television Association (NCTA) have urged the Commission to keep the lower Out of Band Emissions (OOBE) limits for the unlicensed devices, arguing that by allocating the spectrum to the WiFi devices, the Commission will ensure that more Americans can gain access to the Internet. Additionally, they also argue that CV2X's predecessor - Dedicated Short Range Communications (DSRC) - failed to adequately deploy in the 5.985GHz band, and therefore the Commission should ignore arguments made by Qualcomm and automakers for relocating the WiFi devices.

Amidst all the back and forth at the FCC, we got a chance to sit down with Qualcomm's vice president and Regulatory Counsel Mr. John Kuzin to discuss the implications of Wifi and CV2X sitting close to each other at the spectrum front. Our concerns involved the safety implications resulting from potential interference and what solutions Qualcomm has proposed to ensure such concerns are resolved. 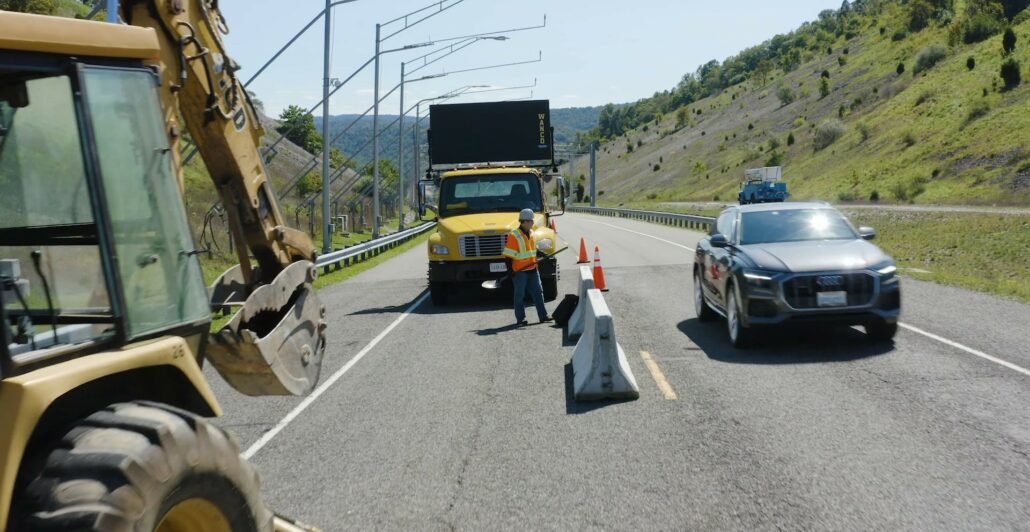 So what happens if you use mobile hotspots inside a car that's using CV2X? Is there going to be interference? Because I think there will be based on what I've read. The thing about hotspots is interesting because t might have safety implications.

So, in our comments, as you know we have asked the FCC to not allow mobile hotspots or device-to-device connectivity where you can just have two devices side by side and not have any connection to an access point. And that could be brought into a car. We've asked the FCC to not allow the UNII-4 band to be used for that because our testing that was done,  if you've looked through the filings you would know that CAMP conducted extensive testing of the interference environment when you have an unlicensed device operating inside of a car. And the emissions level that was tested at the lower edge of the CV2X band, at 5895 MHz, it, with an emissions level of -27dBm per MHz measured RMS that is not sufficient to protect CV2X receivers.

So, and, the issue with WiFi is because the UNII-4 band ends right at 5895 and that channel, that additional 25MHz of spectrum when combined with the UNII-3 band, provides unlicensed with a contiguous 160MHz channel as well as a contiguous 80 MHz channel. And the channel ends right at 5895 to the beginning of the CV2X band and it's very hard for unlicensed to basically in handsets etc very hard for unlicensed to lower their emissions to -27. So that's another reason why we're saying you just cannot allow it. -27's gonna be a problem, that's challenging for unlicensed to meet, so you should therefore not allow it because any higher emissions is going to have an impact. And the impact is to the communications range. And that becomes a problem when devices, when cars that are used to getting a message at 300 meters and they get it at 50 meters instead of receiving a message at 300 meters, the response time afforded to the driver, is in many cases not sufficient to give them enough time to brake. Right if there's a condition if they have to break, so the impact is generally by lowering the effective communications range and that's you know what the testing has shown and what our filings have shown.

One of the other things I'll mention that's relevant is, as you know Qualcomm and 5GAA have been very active also in the 6GHz band proceeding. So this is the 1200MHz spectrum that is above, it runs from 5925 to 7125 MHz. And that's 1200 MHz of spectrum. So what we've told the FCC is, that is where these device-to-device connections this very low power mode the FCC has asked for comment on. Those very low power devices should operate in the 6GHz band and they should operate above 6000 MHz or 6GHz on the spot right. And I'm not sure you've seen this filing that we made a few months ago but we have been working with all companies of all stripes on coexistence and sharing in the band. And Facebook and Broadcomm in particular were advocating the FCC for an emissions level of -27, 5GAA was asking for a level much higher and Qualcomm, Intel, Facebook, Broadcomm and, I think there was one other company, I think there were five. So Qualcomm, Facebook, Intel, Broadcomm and Cisco filed a compromised proposal with the FCC that we think will provide sufficient protection for CV2X and this was a compromised proposal for OOBE from very low power devices that will operate in the 6GHz band.

And the compromise is as follows. The devices that are going to operate in very low power mode, so this is in-band power of 14dBM EIRP, those devices, those 6GHz devices at the 5925 MHz edge must meet an OOBE -37 dBM/MHz, and when they turn on and start to communicate they have to prioritize operations above 6GHz. So we think, in a car, when the devices turn on, if they'll only going to operate in the lower portion of the band where the rest of the spectrum is used, a car is shielded. So we believe the band or 6GHz band will be almost always clear. So these devices will, not only do they have to meet a -37dBM/MHz, but by forcing them to operate in channels above 6GHZ, they'll have greater protection from CV2X receivers will have greater protection from these very low power devices that are going to turn on and in that first instance operate above 6GHz. So that was kind of a smart combination and in our view, it's a win-win because in crowded environments. away from cars, inside houses, wherever, the device can operate in the lower portion of the band when the rest of the spectrum is being used. And that will be probably in most cases in indoor environments.

It's only, it's basically the 6GHz band is 1200 MHz wide. So what this does is the lower 75 from 5925 to 6000 MHz only use that if the other 1125 MHz of spectrum is occupied. And we think in most cases, in a car in particular, there will be channels above there where these mobile hotspots can use successfully and at the same time protect CV2X.

Some of the ways in which CV2X proposes to improve situational awareness. Image: Qualcomm

Have you conducted any safety tests with CV2X in general and in relation to WiFi hotspots?

On overall safety, CV2X has been extensively tested and as you know from our filings, the performance exceeds that of DSRC by quite a bit. Which isn't surprising The communications range for CV2X for many important use cases is more than double that of DSRC, and as I mentioned earlier, that's important when it comes to alerting the driver of upcoming hazards and road conditions. And, in addition to greater communications range, the CV2X wireless interface is also more reliable. And it's more advanced. It is generations beyond this DSRC WiFi, it's a WiFi type interface, it's a very early version of WiFi that DSRC is based on. So CV2X is a lot newer and the communications for CV2X particularly in non-line of sight conditions, upcoming traffic on you know roads that you're approaching, that are traveling in perpendicular traffic intersections, exiting parking lots, exiting driveways and alleyways, all of those types of roadway movements that cameras and radar and LiDar won't pick up because they are, if the car is in a blind spot and just coming in around an apartment building and something, CV2X will communicate and the driver will be aware of this oncoming vehicle.

A: You're exactly right that their argument is based almost exclusively on duty cycle. Duty cycle is very important and devices cause interference when they're transmitting, and the more active the unlicensed transmitter is, the greater the impact. So the CAMP testing analyzed duty cycle and Ford submitted a technical analysis into the record on duty cycle and the issue is, overall duty cycle of Wifi is low. However, when the device is active, like you're streaming a Netflix video in the back of car, the device, if that connection to enable the Netflix video to be received on let's say the seatback of a car, if that mobile hotspot to seatback cushion link is transmitting at the time when you're trying to receive a message, [THROUGH CV2X]  you will not receive that message because of that noise.

And the, the counterargument is it's not going to happen a lot right because we transmit so little. But what's happening, as you know in our very connected world, is that devices are communicating more and more. And particularly the up and coming generations of devices will be AR/VR/XR enabled headsets. So you can envision sitting in the back of a car with an AR/VR headset on playing a game or watching a movie. And those devices are going to consume a lot more data so the more data that they need to receive, the greater the likelihood that there could be an interference issue. So typical WiFi like me sitting here doing work in my kitchen, if I'm not doing anything, then nothing's changing. This is you know sending email, is a blip of data. But when you're doing things like downloading video and you have active AR/VR sessions, the devices are transmitting a lot more. So duty cycle is very important.

Thank you for your time! It was great having you!