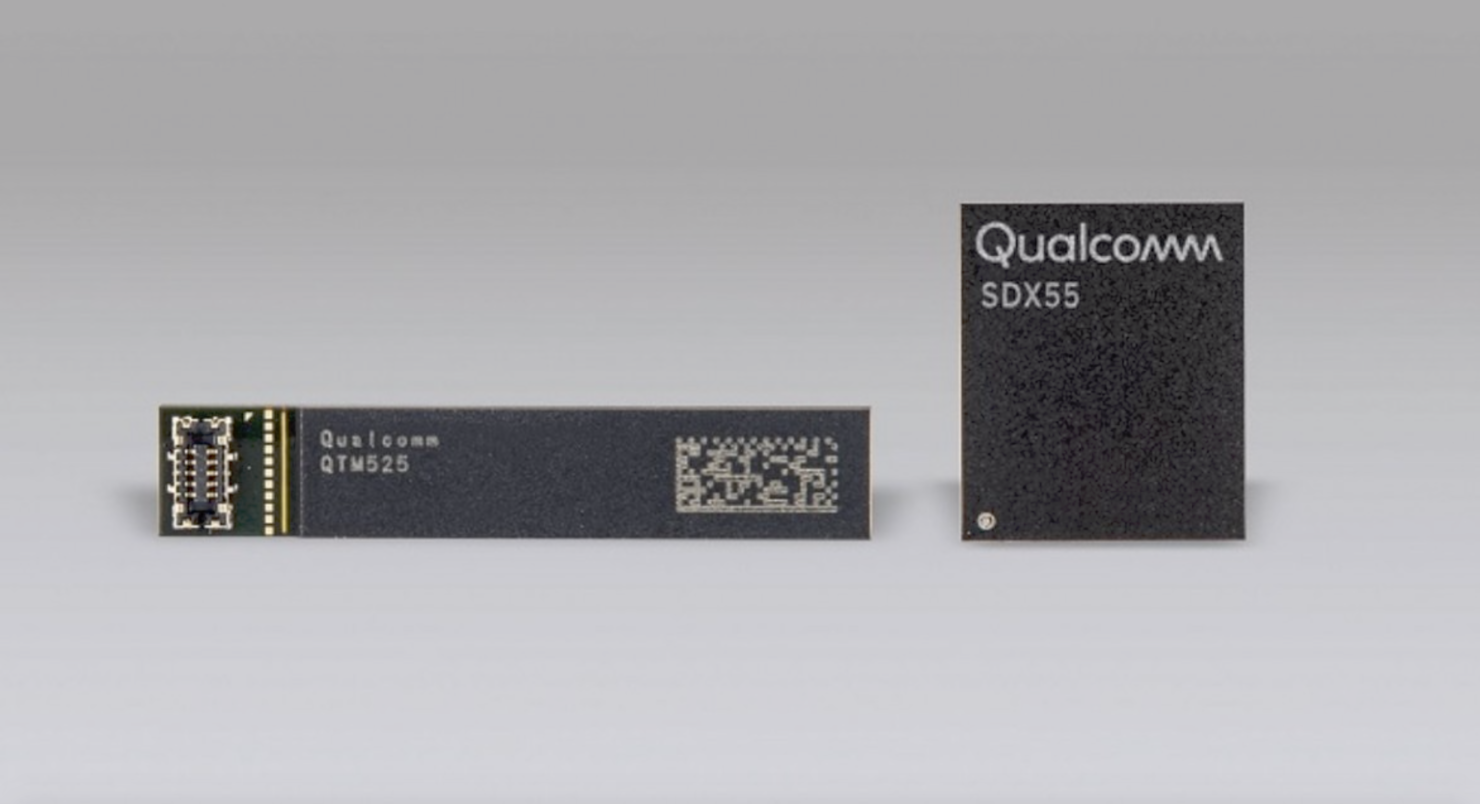 Qualcomm's Snapdragon 7nm 5G modem (right) and the QTM 525 mmWave antennas pictured above are some of the company's products Credit: Qualcomm Incorporated)

San Diego chip giant Qualcomm Incorporated has quietly become Taiwanese fab TSMC's largest customer of the latter's 7nm semiconductor manufacturing process node suggest reports sourced by Sina Finance. Qualcomm, which sells smartphone application processors and modems, amongst other products, won a big contract for the modems of Apple's (NASDAQ:AAPL)latest flagship smartphone after the pair settled their licensing disputes last year. These modems will be manufactured on the 7nm process node, which is one of TSMC's latest manufacturing technologies.

The reports suggest that owing to the massive influx of orders from the Cupertino tech giant, Qualcomm should become TSMC's largest customer for the 7nm process. The details reveal that the company is set to provide 80,000 wafers to Apple for the iPhone only during the fourth quarter.

Looking at the estimates provided in the report, it's possible to speculate on Apple's demand projections for the iPhones during this quarter, which will inevitably see the company factor in demand for the year's highly-anticipated holiday season. Despite coming at a time when populations all over the globe continue to battle the devastating after-effects of a pandemic, the 2020 iPhones might not disappoint Apple in terms of sales figures, with a report from analyst Ming-Chi Kuo suggesting that the Cupertino tech giant had managed to sell up to two million units of the lineup during the first 24 hours after pre-orders opened. Qualcomm (Allegedly) Ships 176 Million 5G Modems To Apple

Most, if not all of TSMC's leading-edge processes use 12-inch wafers which are then cut into individual chips later on. Such a wafer has an area of roughly 72965 mm² and if we are able to determine the surface area of the Snapdragon X55, then it's possible to wager a guess at how many 2020 iPhones Apple might have ordered for this quarter, or as you'll see below, for a longer time period.

While Qualcomm does not explicitly state the Snapdragon X55's surface area and teardowns of smartphones with the modem do not mention it either, the area for Huawei's Balong 5000 sub-6 5G modem has been revealed by a teardown conducted by TechInsights. Their analysis of the Mate 20 X 5G reveals that the Balong 5000 has a die size of 9.82mm x 8.74mm which translates into a surface area of 85.83 mm². 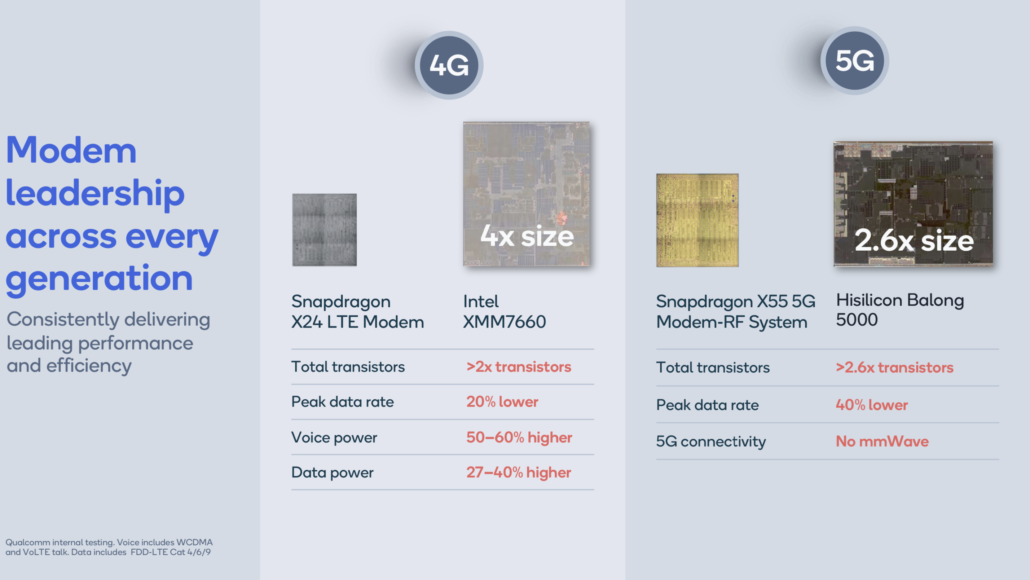 At its 2019 Analyst Day, Qualcomm's chief technology officer and vice president engineering Dr. James Thompson highlighted the strengths of the company's Snapdragon X55 over competing products from Intel Corporation and Huawei. Dr. Thompson's presentation revealed that the Snapdragon X55 is 2.6x smaller than the Balong 5000, and combining this estimate with TechInsight's discovery reveals that the Snapdragon X55 might have a surface area of 33 mm².

Since a 12-inch wafer has a surface area of 72965 mm², and the X55's derived surface area turns out to be 33 mm², it's highly likely that a single wafer that TSMC shipped to Qualcomm for the iPhone has 2211 Snapdragon X55 modems in it. Combining this with the alleged 80,000 wafer shipments reveals that Apple might have received as much as 176 million such modems from Qualcomm.

This figure falls nearly in line with estimates in a pre-pandemic report by Bloomberg (the publication that is yet to either recant or indisputably prove how the security of Apple and other tech companies' data centers were compromised via microchip implants) that claimed how Apple had hoped it would ship 200 million iPhones in 2020 as it embraced 5G internet connectivity for the iconic smartphone lineup.

In a more recent report, Taiwanese publication Appledaily had reported that the company expected to ship 120 million 5G iPhones in 2020 - a figure that is either wrong or believed that the shipments were for Apple's fiscal year 2020 which will end in September next year. JP Morgan's estimates at the time pegged 5G and non-5G iPhone shipments at 198 million, and both of these show perhaps the report from Sina Finance is overestimating the shipments that Qualcomm has made to Apple.

Another explanation is that perhaps Apple is expecting solid performance from this year's iPhones next year as well, as economies start to recover after having taken an unprecedented beating this year. However, given how the company prefers a leaner inventory model, courtesy of C.E.O. Tim Cook's supply chain wizardry, even if such a decision has been made, it wouldn't have been made lightly. Finally, for Apple to ship 176 million 5G iPhones would mean solid performance from a brand new lineup, and perhaps the company might have hedged its orders on the possibility of using the Snapdragon X55 in future, yet-to-be-launched devices as well.