Puppeteer Will Take 15 Hours to Beat 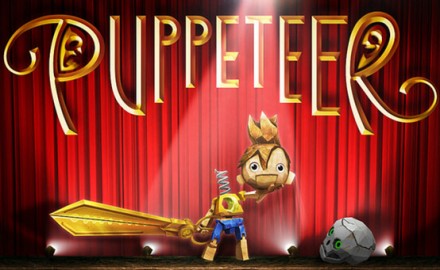 The upcoming PlayStation Vita Title "Puppeteer" is perhaps one of the greatest incentives to buy a PlayStation Vita along with many current and upcoming titles as this game will give you the fullest Vita experience but what gamers wouldn't know until now was the duration of the game, where games last only a mere 7-8 hours if not a bit longer for total  completion it seems that the time flies by like nothing and doesn't even feel like the mentioned 7-8 hours but it seems that Puppeteer will change all that when Gavin Moore (The Director) has stated that the game in it's initial run without most of the collectibles will alone be a long 15 hours not to mention that the collectibles alone are more than 100 (he mentions they are in the 3 digit figure)

While the Puppeteer is undoubtedly one of the most anticipated of 2013 for any PlayStation Vita owner it seems that the game will not only have the value of utilizing your Vita to it's fullest feature but will feature enough game time for you to make sure you don't have any short term plans of doing away with the game if you aren't one with plenty of time on your hands.

The game promises to be a lengthy 15 hours and that is without a lot of factors included such as minimal collectibles in hand or even finding most of the secrets. That's quite hefty for a handheld game but if Okamiden can give me 20+ hours on a single playthrough on my DS I am sure anything is possible on a platform of that size.

(The following is taken from the Source)

PSB: A common criticism levelled at platformers is that they don’t present as much value for money as full 3D adventures. How big is Puppeteer?
Gavin Moore: If you were to run through it, it’s going to take you 15 hours, plus. And that’s charging through it without searching for any of the secret stuff, or finding all the heads.
PSB: How many heads to find are there in total?
Gavin Moore: A lot! Pick a three-figured number and go from there.
PSB: Which vintage platformers most directly influence the game?
Gavin Moore: Everybody picked up on Dynamite Heddy. Big Mario fan from the beginning – I wasted my life as a kid on those. And I loved 2D side-scrolling shoot ‘em ups. Do you remember Parodius by Konami? Those weird characters? You could be a surfer on a surfboard firing syringes at can-can girls, and pirate cats and penguin boats, or whatever. That and Dynamite Heddy are kind of what Puppeteer is. Merge those two together and Puppeteer is what you’re going to get, I hope.
It seems Gavin is more than excited for working on the project as indicated by the previous question and it seems his love for 2D Side scroll games might just be the right mix of chemistry to help make this game a great success on the PlayStation Vita, I for one certainly hope it is because the trailer looked spectacular.
This also means that platinum / trophy seekers of games will definitely be having one heck of a time in earning their trophies in this game, the only other PlayStation game I can think of right now with 3 figure collectible are the Infamous games with more than 300 blast shards in each game and I have to say this as a platinum holder of Infamous 1 and 2 that the last 5 blast shards alone made my game last more than I was originally planning to spend or even thought about spending.
Share Tweet Submit