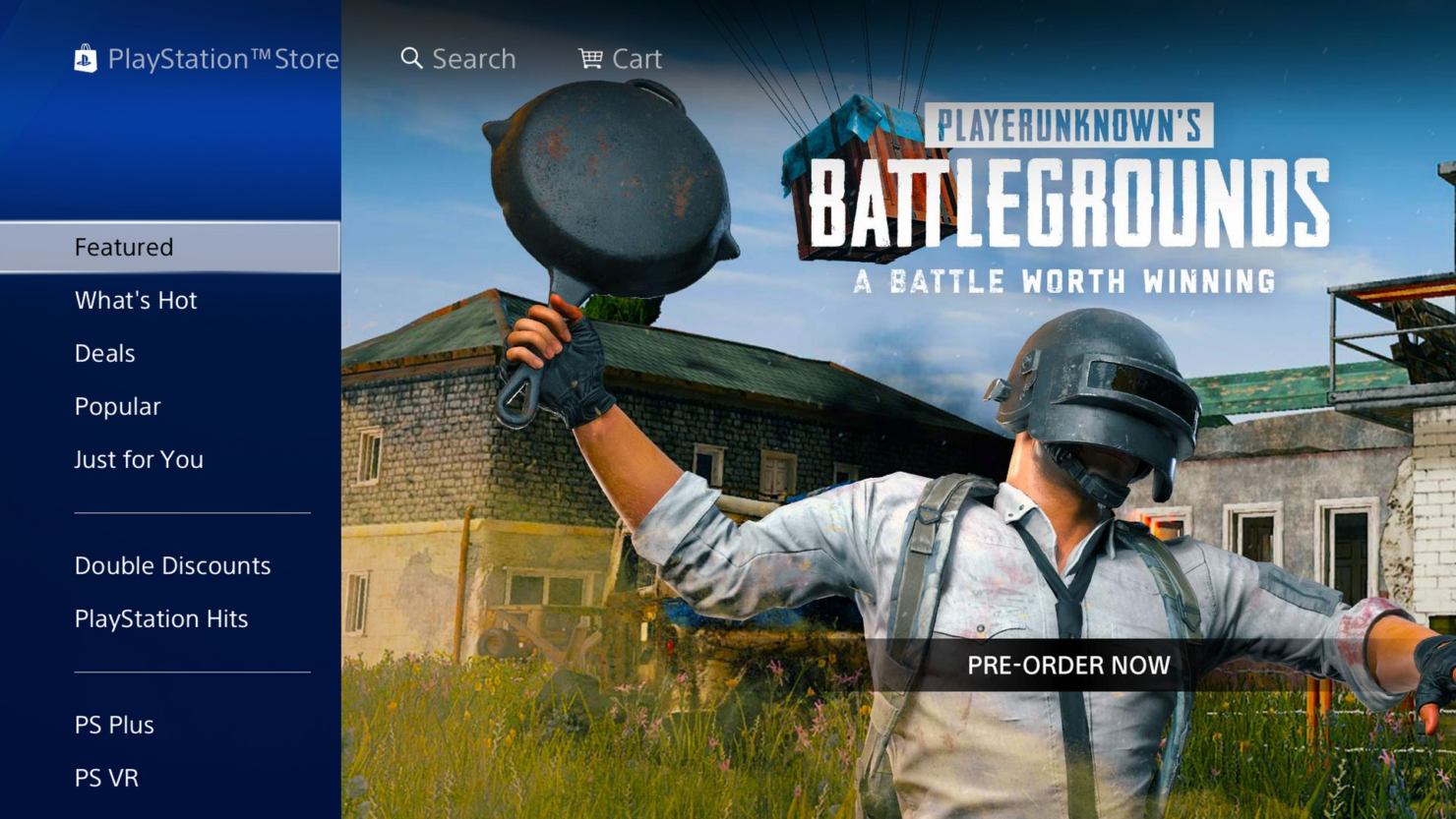 It appears that PUBG is really coming to Sony’s console as a PUBG PlayStation 4 pre-order tab has surfaced on the official PS Store.

The pre-order tab is being featured on both the Featured and PS Plus tabs of Sony’s US PS4 PS Store, but at the moment of writing, clicking the tab results in the following error: "This content cannot be selected at this time".

Due to the Battle-royale already appearing on Sony’s official PS Store, it only seems a matter of time before Sony officially announced the game for PlayStation 4. Of course there’s also the possibility that someone pushed a button way too early, but with recent rumors claiming that Bluehole’s title is heading towards Sony’s console, it’s likely that an announcement is imminent.

PUBG is already available on PC and Xbox One. PUBG was first released for PC in early-access back in March of 2017. The Battle-Royale was officially released for PC in December 2017. PUBG for Xbox One was released through Microsoft’s Xbox Game Preview program that same month, and the Xbox 1.0 version was deployed back in September of this year.

PUBG PlayStation 4 Rated In Korea; Announcement Could Be Imminent