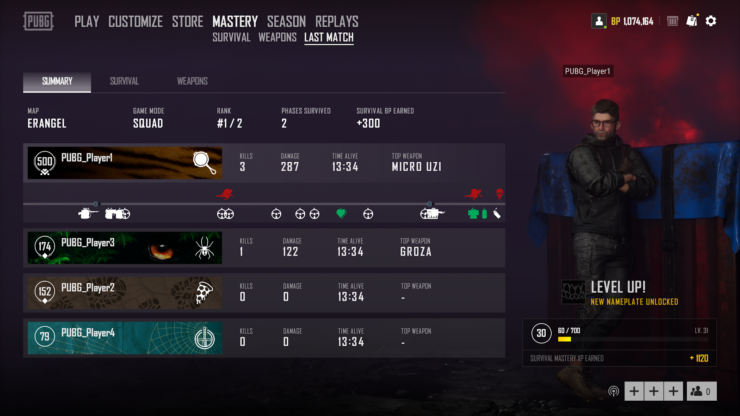 Following some leaks earlier this week, all the details on the PUBG 4.3 update have been revealed.

According to the game's official website, update 4.3, which will release soon on the test server, will introduce Survival Mastery, which will allow players to develop their skills in the survival aspects of PUBG.

We are excited to introduce the Survival Mastery system, where players can develop their less-than-lethal aspects of PUBG gameplay. This companion system to Weapon Mastery, which allows players to progress their skill in gunplay, will also introduce new ways for players to express their personalities on the Battlegrounds with new rewards and PUBG ID.

The PUBG 4.3 update is also going to introduce another new system called PUBG ID, a new weapon and a lot of other changes, including more welcome performance improvements. You can find the full details below.

Players can express themselves through their PUBG ID

The days of slow, weak zombies are over! Custom match Zombie modes are getting the following improvements:

Once Update 4.3 is released to the Live Server, you will find the following new items in the store:

PUBG is now available on PC as well as on PS4, Xbox One and smart devices.