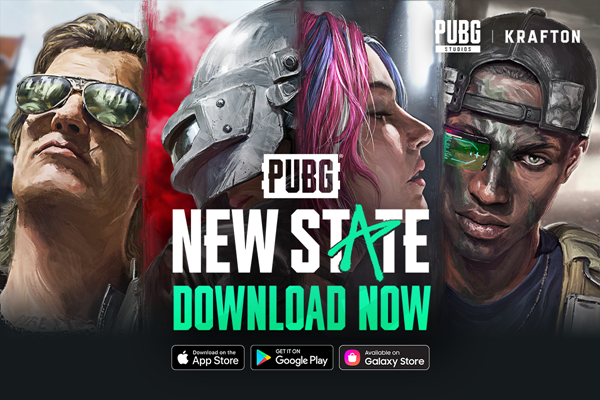 Krafton, the mind behind PUBG, has finally gone ahead and released PUBG: New State around the world. The game is now available on Google Play Store, App Store, and Galaxy Store and can be downloaded and played in over 200 countries.

PUBG: New State is Finally Available to Play in Over 200 Countries, and Brings Host of New Changes and Improvements to a Tried and Tested Formula

KRAFTON Inc. has launched a new game in the PUBG franchise, PUBG: New State is the next-generation battle royale experience and is available on almost all the major mobile platforms following the final technical test last month. The game's launch trailer can be checked out below.

The game was developed by PUBG Studios, the same studio behind the launch of the original game. PUBG: New State is a free-to-play next-generation mobile game available in over 200 countries and playable in 17 different languages. The game takes place in the year 2051. It brings the whole, unadulterated battle royal experience that is currently available, making it one of the most realistically and technologically advanced mobile games to date.

“PUBG: NEW STATE has been and will continue to be a labor of love for the team at PUBG Studios, and we could not be more grateful to our global fans who have consistently shown their enthusiasm and support for the game since our announcement,” said Minkyu Park, Executive Producer for PUBG: NEW STATE. “By delivering next-generation battle royale gameplay experiences on mobile previously only seen on PC and consoles, we are confident we’ll meet the high expectations of our players, and are committed to ensuring it will be the premier mobile gaming experience for years to come.”

The game also brings original gameplay features such as weapon customization, drone store, and player recruitment system. At launch, PUBG: New State will feature three gameplay modes, including Battle Royale set in Troi and Erangel. You are also getting access to 4v4 Deathmatch and Training  Ground, where you can go and hone your skills.

PUBG: New State will also offer monthly Survivor Passes that will allow the players to unlock various in-game rewards as they progress in the game.