Seventh generation video game consoles have run their course, and with PlayStation 4 and Xbox One consoles leading the gaming industry now, more and more publishers are dropping support for last-gen systems. If you haven’t already bought an eighth generation home console, and are still deciding which side you want to join, there is no need to think any more. Assuming you don’t mind pre-owned hardware and have a budget of $570, you can get next-gen console bundle from GameSpot that packs PlayStation 4, Xbox One and Wii U right now. 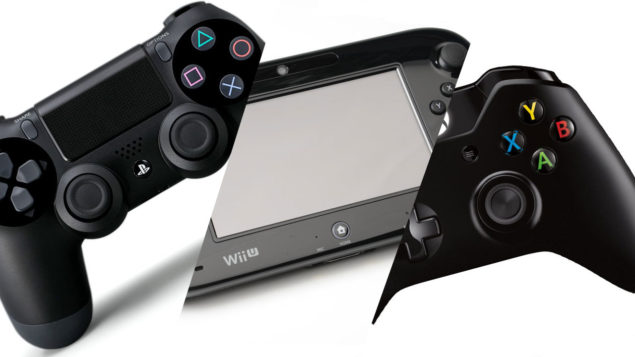 Can't Decide Which Console to Buy? Grab PlayStation 4 + Xbox One + Wii U Console Bundle From GameStop for $570

You may have seen some unbeatable deals this year on Black Friday, but it seems like GameStop has decided to take holiday deals to another level by offering a console bundle like no other. The American video game and consumer electronics retailer is offering what it's calling a "Pre-Owned Next Generation Hardware Bundle" that comes with secondhand PlayStation 4, Xbox One, and Nintendo Wii U consoles, all this along with an overwhelming sense of joy for the inanely low price of $568.98 only, making all three consoles cost you $190 each.

The bundle includes standard black 500GB PlayStation 4 and Xbox One consoles, and the black 32GB Nintendo Wii U. Although all three systems are pre-owned, they have been refurbished to give a brand new look, and they come with all the necessary cables and one controller each for every console. A pre-owned PlayStation 4 costs $320, the Xbox One; $290, and the Wii U; $230. At those prices, buying all three consoles would cost you $870, meaning the “next-gen bundle” saves you around $300.

Note that you this bundle can be purchased online only. You can use the code SAVER at checkout to have the bundle shipped to your address for free (via Slickdeals). GameStop does offer a 7-day money back guarantee on all pre-owned products, so if any of the console turns out to have a flaw, you can claim a refund. There is no word on when this deal might expire, so if you are interested, we suggest you act quickly.