Without Memory is an upcoming third-person psychological thriller that is currently being developed by a Russian video game developer known as Dinosaurum Games. Inspired by hit last-gen titles such as Heavy Rain and Beyond: Two Souls, Without Memory is a PlayStation 4 exclusive title that is being brought about using the power of Epic Games' Unreal Engine 4, which is one of the most capable next-gen video game development engines. Below are some brand new screenshots from the game showing new enhancements and the model of protagonist's body. 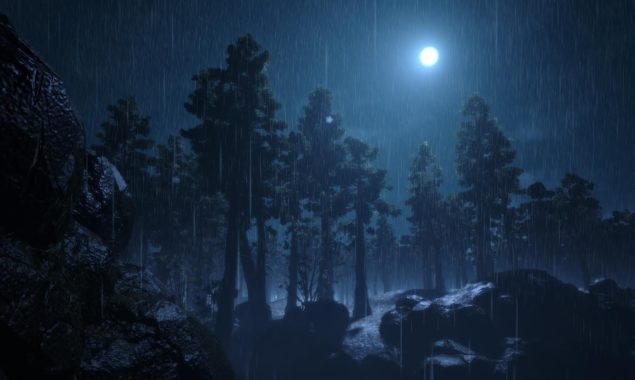 Sony is working on expanding the PlayStation 4 exclusive video games library, and alongside major first party studios, some small video game development studios such as Dinosaurum Games, which was formed only a year ago, are also collaborating closely with the Japanese platform holder to provide exclusive video game content to PlayStation 4 users. Set for launch in 2016, Without Memory is one of the games that are placed below titles from top developers due to little advertising, but actually they are as good as some major triple A video game titles.

Without Memory follows the story of an ordinary girl who wakes up in a forest with  all her memories lost. It is “the story of how one moment can change the life of an ordinary girl who was no different from other people." The game was chosen to be a PlayStation 4 exclusive due to the capabilities of the console and to “make a breakthrough in graphics and animation.” According to Arkady Kulikov, the founder of Dinosaurum Games, Without Memory will be a world-class title and that the studio has an effective team and resources necessary to create “stunning graphics” on par with the other games that will be released in 2016.

Along with the environment screenshots, the developer has also given a glimpse on model of the body of the protagonist called Anna, which, despite being in its development stages, looks really great and detailed. You can check out all the screenshots in the gallery below.