The PS4 update 6.0 beta is now live for those in the beta trial programme, but according to Sony, it currently doesn’t offer any new major features visible to consumers.

Sony is currently sending out mailings to those who signed up for the beta programme, and while this mailing doesn’t contain any details about the contents of the upcoming PS4 6.0 firmware update, it does state that new major consumer-facing features are currently absent.

“As a member of the PlayStation 4 System Software Beta Trial programme, we are pleased to give you first access to the 6.00 Beta, which is now live”, the first part of the European Sony mailing reads.

“At this Beta stage, the 6.00 update does not include any new major consumer-facing features. However we would still value the community's help in fine-tuning the performance and stability improvements the update brings.” 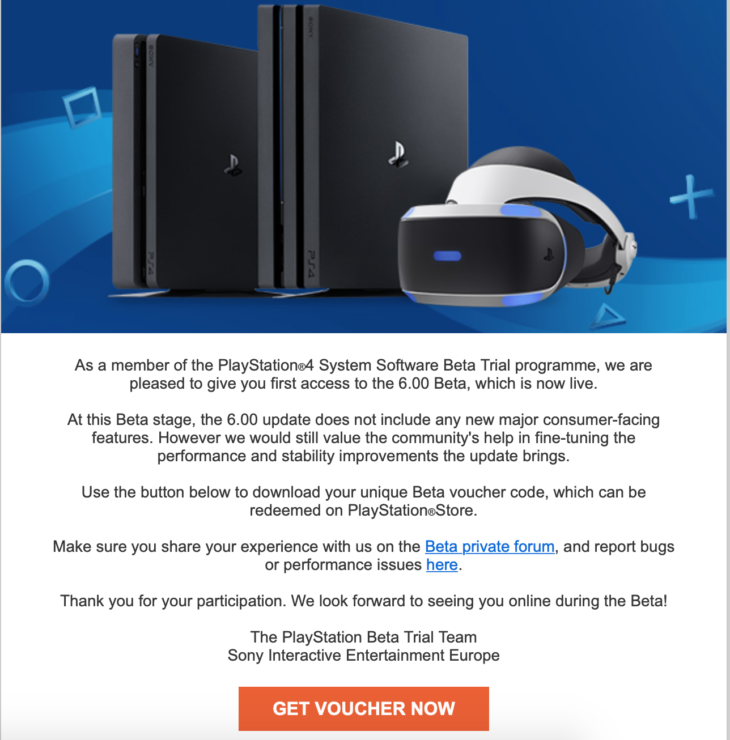 Some of those in the trial programme are now wondering what Sony wants them to test as major, consumer visible, features aren’t said to be present. Interestingly, the US mailing contains a slightly different text, which implies that major consumer-facing features will be absent in the beta at later stages as well:

“Please note, System Software 6.00 does not include any major consumer-facing features during the beta period”, the text of the Sony mailing in the US reads.

Of course, this doesn’t mean that Sony won’t add major visible features along as the beta progresses or once the retail 6.0 update goes live for all PS4 users.