Launching in about two weeks on July 29, The Last of Us Remastered is a visually enhanced and overall improved version of the most critically acclaimed and hit PS3 title called The Last of Us. Set to launch only on the PS4 console, the upcoming title will pack the full single-player game as well as the content packs and DLCs that were released for the original game. Here we have an early GIF comparison between The Last of Us PS4 and PS3 versions that shows how the game has been remastered for the latest console. 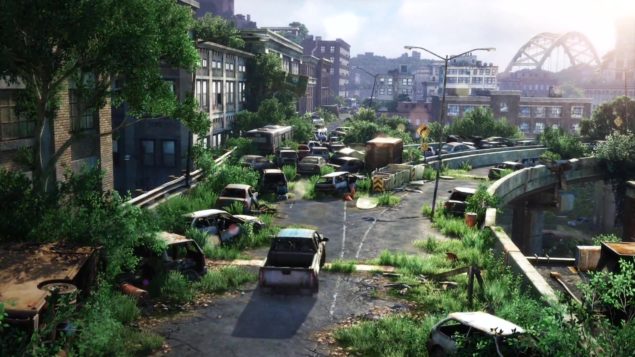 Announced a few months ago, The Last of Us Remastered brings the original gameplay experience of PS3's hit action-adventure survival horror video game to the PS4. The upcoming game runs at native 1080p resolution and 60 frames per second, offering boosted visuals and improved graphical effects. The development work on the game has been finished and it is ready to be packed for the local markets, this means now we will hopefully see more in-game content before it is released.

Naughty Dog, the developer of The Last of Us PS4 has not revealed much in-game content for the upcoming title, but recently after the game went gold, Sony Computer Entertainment revealed a TV commercial showing how amazing the The Last of Us Remastered looks on Sony's latest console. Of course, this TV spot prompted instant comparisons with the original PS3 version of the game. One of these comparisons is shared below which compares a scene from today's 30-second TV spot to a previous The Last of Us PS3 trailer.

Showing how The Last of Us PS4 holds up against the PS3 version of the game, a NeoGAF user known as Deadly Cyclone came up with a helpful animated GIF comparison showcasing the differences between the two versions, of course, one was running on the PS3 console, while the other on the latest PS4 console. This GIF comparison clearly shows how Naughty Dog managed to boost the visual quality of the game to a whole new level on the PS4 console.

You can have a look at this comparison below, just don't forget to open the GIF in new tab to enlarge it and get it running.

The Last of Us Series to Air in Early 2023, Says HBO Boss